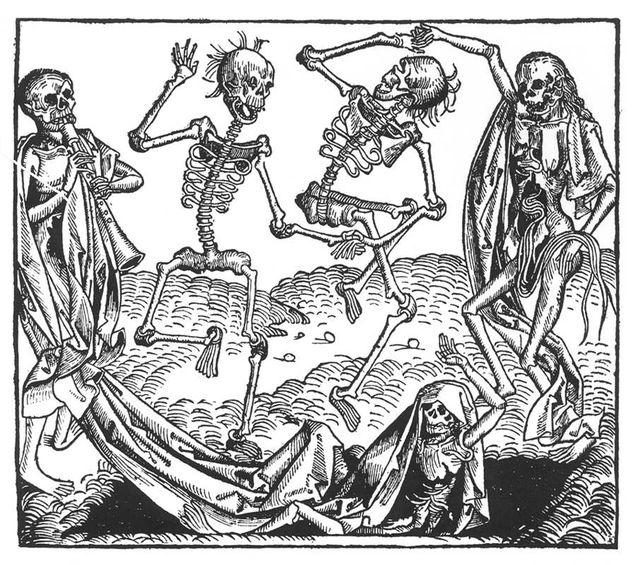 Britain is a very superstitious little island. Every single country and county has different superstitious beliefs passed down from families, sometimes for generations.

My nan would tell me that seeing a solitary magpie would mean bad luck was coming. There is even a weirdly jolly, if somewhat morbid, rhyme for it: "One for sorrow / two for joy / three for a girl / four for a boy / five for silver / six for gold / seven for a secret / never to be told."

So, if I see one lone magpie, I have to follow it until I find another one, or I am convinced I’ll have bad luck (seriously, I once spent an hour hunting for a second magpie—the fear is real). In some parts of the UK, instead of following the magpie, you salute it (which, tbh, feels like the laziest form of meaningless superstition).

So, what's the deal with magpies? Well, the magpie has long been associated with death and bad luck in the UK—as far back as the 16th century, with some versions of the rhyme being almost as old.

Historically speaking, death was a much more common occurrence before the age of medicine. There was less understanding surrounding the mechanics of our own biology, so people looked to nature for ways of foreshadowing coming troubles. This gave birth to many of the superstitions we still have today, and continued to be backed up through the centuries. This was particularly true when we hit the Victorian era, thanks to the their obsession with the occult. In fact, almost everywhere you go in the UK, you’ll find a new or slightly different death superstition.

So, let's embark together on a magical mystery tour of Britain’s fascination (and fear) of death and the symbols that may just herald its arrival… starting with:

There’s so many ways death can announce itself, but none more so than birds! Once more, the good old magpie crops up here, with the belief that if a magpie taps on your window, that’s a sure sign that death is on the way. The bird is trying to warn you. And much like my nan, the Victorians were particularly superstitious about magpies, with the belief that seeing one solitary magpie is a very bad omen—the superstition gained a lot of traction in this era.

There’s also the belief that hearing an owl screech three times or having it land on your bedpost meant death was going to pay a visit. And of course, crows have long been known as a deathly omen, linked to witchcraft and satanism since the medieval era. In fact, both owls and crows are closely associated with death in Celtic folklore, often being ambassadors for the Gods of death and the underworld. 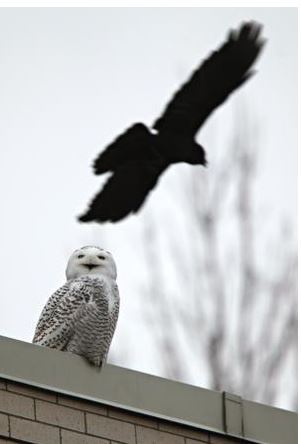 So if you see this… RUN!

It’s not just live birds that will get you. One old wives' tales formed during the 16th century’s outbreak of witch trials warned that if a bird happens to fly into your window or wall and die, it's a very good indication that you can expect a fatality within the week.

Ah, man’s best friend. Because of dogs' supposedly close connection to humans, it was thought that they could sense trouble coming for their owners. One belief cited that if a dog howled by your bedroom window at night, you could expect to die pretty immanently.

But not all dogs are friendly in folklore, though (well, if you count "friendly" as predicting your death). In Wales, there’s the legend that if you see Cwn Annwn, a white dog with glowing red eyes the size of a calf, you’ll die within a matter of days. These dogs are said to belong to Gwyn ap Nud, Lord of the Underworld. You can hear their bark before you see them, and terrifyingly, they get quieter the closer they get to you.

Meanwhile, over in Scotland, they aren’t fond of black sheep or any kind of black animal. They have associated the color black with Satan since the 15th century. The birth of a black lamb would foretell misfortune and bereavements, and if two lambs with black faces were born, then you’d be said to lose your flock by the end of lambing season.

Black cats are good or bad luck depending on which part of the UK you’re in. Obviously, Scotland believed a black cat crossing your path as a sure sign that death was coming to someone in your family. Black cats were also associated with witchcraft, so they were seen as a very bad omen. This kind of superstition is sadly still prevalent today, with black cats being the least likely to be adopted from rescue shelters.

Which makes no sense, because Salem taught us that black cats are the best.

During the medieval era, it was a tradition that brooms shouldn’t be used during the month of May, because if you did use a broom, then you were inviting death into your home. Similarly, if your broom fell over of its own accord, this meant that death had announced itself to your household. So basically, don’t clean.

Umbrellas were also frowned upon, with the Victorians believing that umbrellas being opened inside the house meant a member of the culprit's family would be murdered. This is an interesting one because it spread across the Western world, and to this day, it's commonly seen as a sign of bad luck to open an umbrella indoors (even if most people don’t know why or how it's bad luck).

And if you thought that you could escape death omens when sleeping... think again.

To be fair, sleep hasn’t been safe for a while.

Dreams were seen as a precursor and warning of impending bad luck or a bereavement. If in your dream you saw your doppelgänger, the devil, or a solitary crow, this meant death was coming for you. It was personal.

The double as a death omen has been around for hundreds of years. Queen Elizabeth I was rumoured to have seen her doppelgänger reclining in her bed looking pale and lifeless a few days before her own passing.

In Celtic folklore, there’s a legend of a fairy creature known as a "Changeling" who would steal children and replace them with doubles, which became sickly and died within days. This explanation meant parents could hold onto the belief their children were alive with the fairies somewhere. 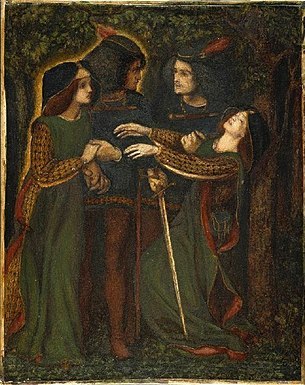 Dante Rossetti's doppelganger masterpiece, How They Met Themselves, 1864

As you’ve probably noticed, the Victorians feature heavily in the world of folklore and death omens. They had a curiosity around death and the supernatural.

Another popular and highly believed death omen the one about funeral processions. If you saw a real life funeral procession going on, you should not cross paths in front of it, or you risked inviting death into your family. There was also the belief that if you saw a ghostly funeral procession, this foreshadowed the end of your life. So, to keep yourself safe, you had to turn and walk away from the procession, disrespect be damned!

There was also the legend of Corpse Candles, which were flickering lights that seemed to hover. These were seen by folks from their window or while out walking. They were said to lead the souls of the dead to their resting place, with corpse candles heralding an oncoming bereavement. And if you were very unlucky, the corpse candles would come towards your house, foreshadowing a death in the household. 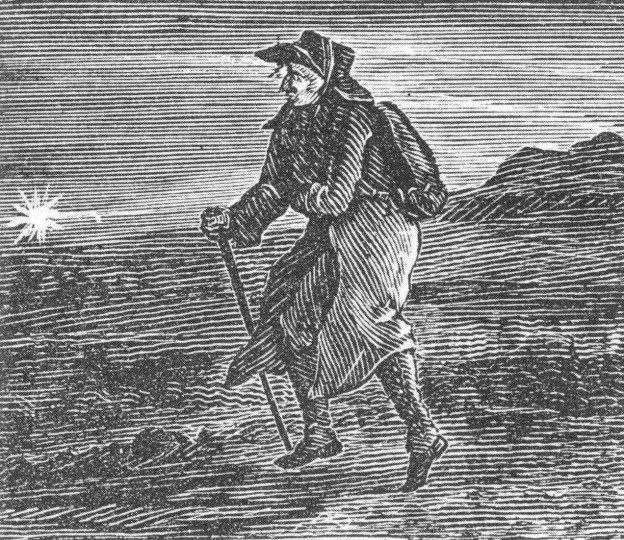 An example of the Corpse Candle.

It’s funny to think of how we dismiss these old omens nowadays. This has come with more of an understanding of how our bodies work, as well as fighting back against many diseases that today we don’t even register, but which used to kill in great numbers.

There’s still a few omens that are held onto which have been passed down in families, and are inexplicably followed almost automatically. We don’t want to give up on these small beliefs and our desire to understand the unknown… and why should we?

This was interesting, where can I find out more? I thoroughly recommend the book A Treasury of British Folklore by Dee Dee Chainey. There’s a chapter around folklore in Death & Burial, but the entire thing is a fascinating read.