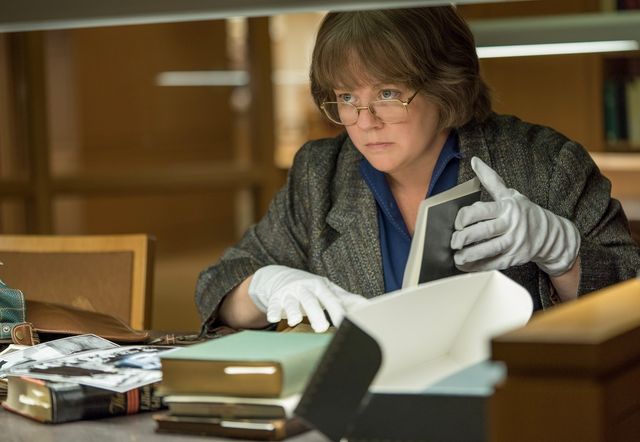 It's late October, and the Oscar-buzzworthy movies are arriving, with Can You Ever Forgive Me? and Wildlife. Also out this week: new music from Yoko Ono and Neneh Cherry and poetry by Mary Lambert.

Can You Ever Forgive Me?

Melissa McCarthy gets away from slapstick with this biographical dramedy based on a true story; she plays Lee Israel, a broke writer who begins forging letters by famous authors to make some cash. Directed by Marielle Heller; co-written by Nicole Holofcener and Jeff Whitty. Out Friday, October 19.

Carey Mulligan and Jake Gyllenhaal star as a couple whose marriage is falling apart in this 1960s drama directed by Paul Dano and co-written by Dano and Zoe Kazan. Out Friday, October 19.

The eleventh installment in the Halloween series is a direct sequel to the original 1978 movie and is set 40 years later. Jamie Lee Curtis returns as Laurie Strode, preparing to face Michael Meyers in a final confrontation. Judy Greer and Andi Matichak co-star. See Andi Matichak in our the Love Witch-inspired fashion editorial here.

This BBC drama starring Toni Collette as a therapist in Manchester arrives on Netflix. Directed by Luke Snellin and written by Nick Payne. Out Friday, October 19 on Netflix.

This HBO documentary directed by Gemma Atwal tells the story of the 276 Nigerian schoolgirls who were kidnapped by Boko Haram in 2014 and hidden in the Sambisa Forest for three years. Airs Monday, October 22 on HBO.

Yoko Ono revisits some of her past anthems, showing how her calls for peace and equality are still so necessary. Out Friday, October 19. Read our review here.

Us by Empress Of 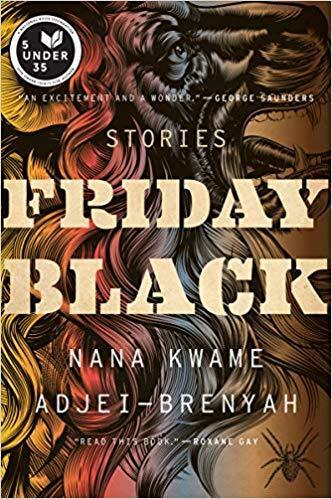 Nana Kwame Adjei-Brenyah's debut book of short stories explores the racism and "painful absurdities" black men and women face in the US, and has earned praise from Colson Whitehead and Roxane Gay. Out October 23.

Shame Is an Ocean I Swim Across: Poems by Mary Lambert 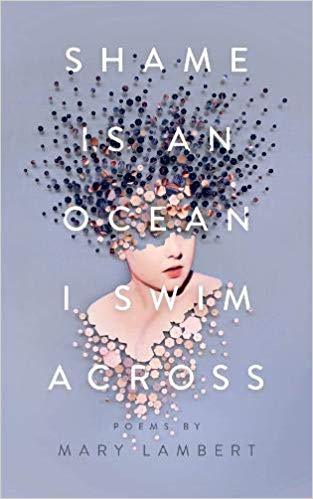 Singer Mary Lambert—known for songs including "She Keeps Me Warm" and "Secrets"—turns to poetry with this book of verse dealing with sexual assault, mental illness, and body acceptance. Out October 23. Stay tuned for further coverage on BUST.com.

top photo: Can You Ever Forgive Me?

Tags: week of women , Melissa McCarthy , Can You Ever Forgive Me? , Yoko Ono , Neneh Cherry , Empress Of
Support Feminist Media!
During these troubling political times, independent feminist media is more vital than ever. If our bold, uncensored reporting on women’s issues is important to you, please consider making a donation of $5, $25, $50, or whatever you can afford, to protect and sustain BUST.com.
Thanks so much—we can’t spell BUST without U.