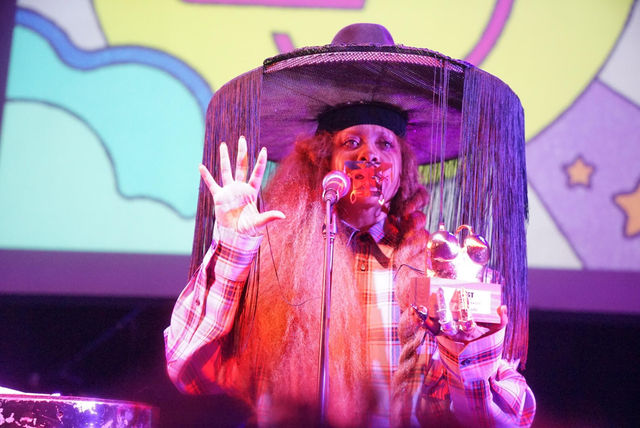 We had such an over-the-top amazing time at The Bust 25th Anniversary Party on Tuesday night!! We're still reeling from an unforgettable night of humour, music, and beauty that exploded at the one and only House of Yes. We're so happy to have celebrated our 25th birthday with such phenomenal supporters—thank you to our fabulous guests, readers, and performers for being there and making 25 years possible! 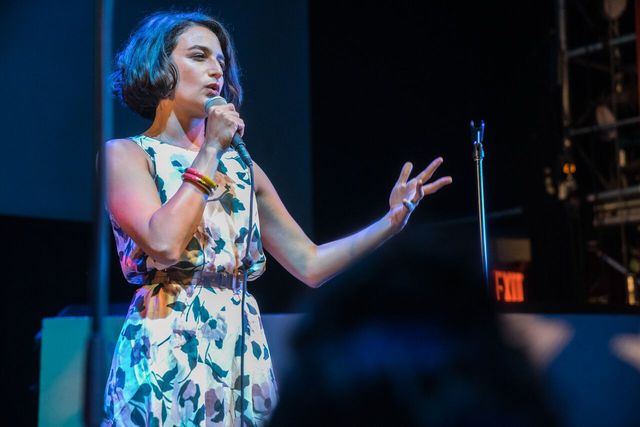 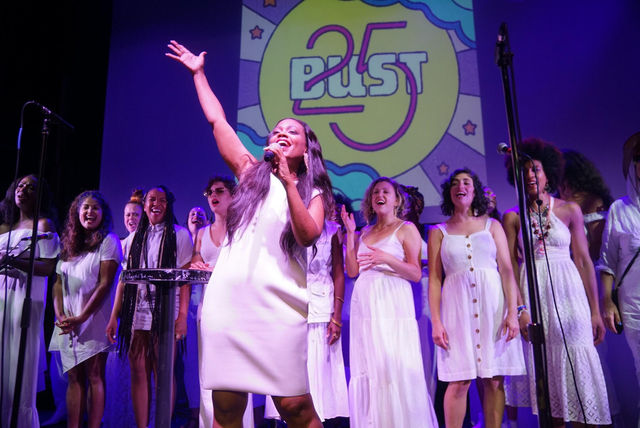 The Resistance Revival Chorus gave an incredibly moving performance that elevated us to levels of joy we didn't know existed. 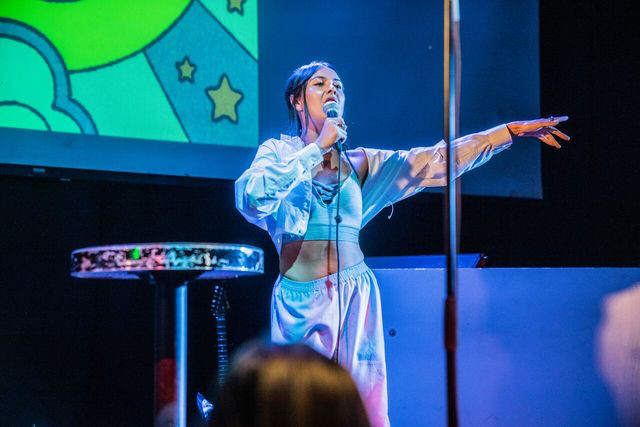 Patti Harrison gave us her hilarious take on love songs. 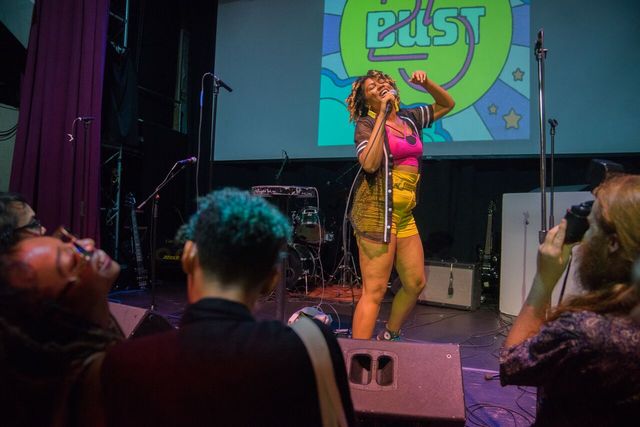 Miss Eaves threw down with an earth shaking performance, banging out fierce raps charged with raw sexuality and confidence and an electric stage presence. 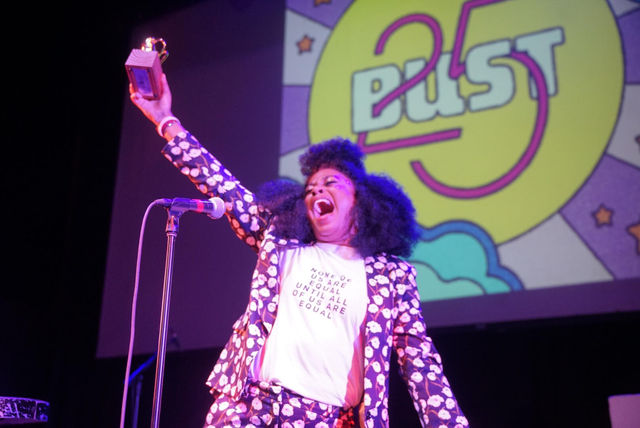 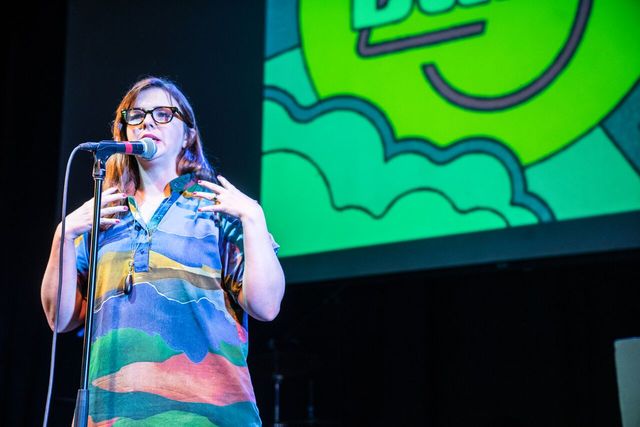 Comedy goddess Phoebe Robinson graciously accepted her Golden Bra Award from Amber Tamblyn. She cracked us up with an utterly sensational comedy set, touching on sex and intimacy in dialogue with race. 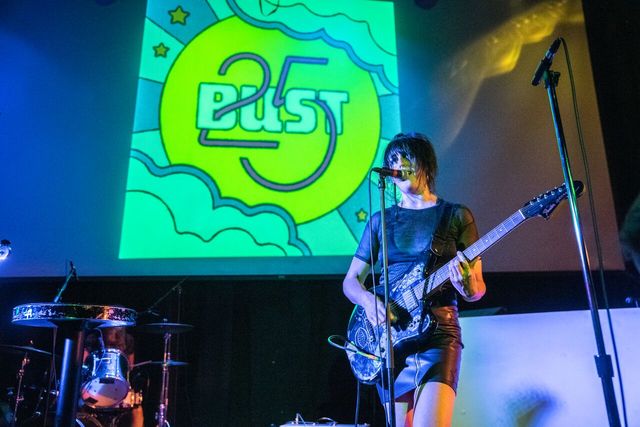 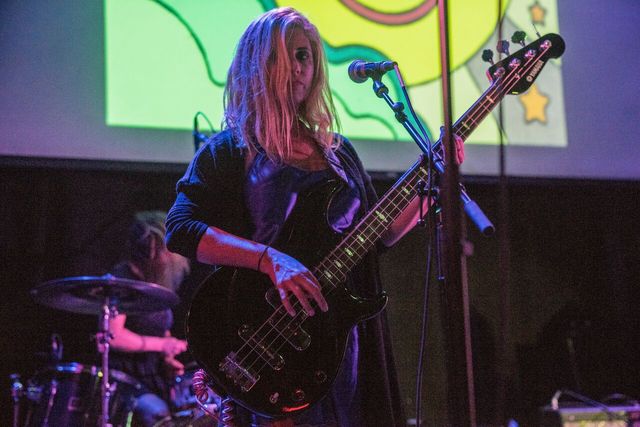 Sharkmuffin completely knocked it out of the park with a performance loaded with deep surf-garage vibes. 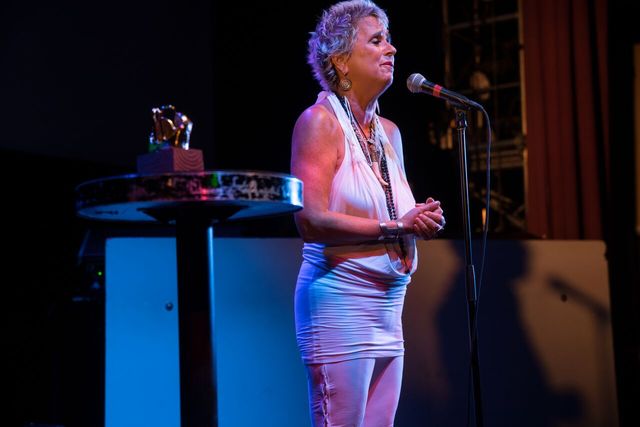 Legendary Vagina Monologues playwright Eve Ensler humbled us with a moving speech and reflections on the importance of recognizing early champions of feminism and activism. 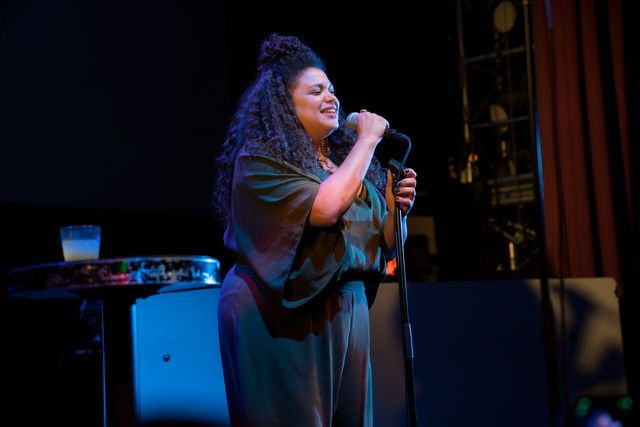 The hilarious Michelle Buteau glowed with natural coolness during a comedy set in which she made whip-smart cracks at media, age, and predatory behaviour in the entertainment industry. 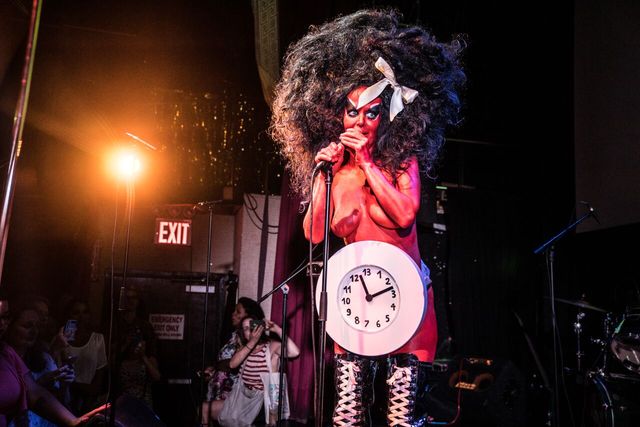 New York performance artist Kembra Pfahler gave new meaning to shock rock with a staggering performance involving nudity and red body paint. She ended her set with a metal version of "My Heart Will Go On" and it was amazing. 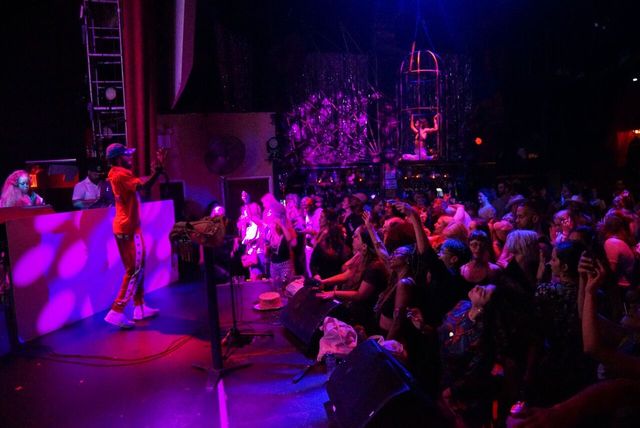 We were honoured to end the night with the iconic, otherworldly artist that is Erykah Badu, who shared beautiful insight on wisdom from her grandmothers, doing what you want, and the importance of self care (including getting laid—but also getting PAID) before playing a spectacular set as DJ Lo Down Loretta Brown!

Here's an excerpt from her speech:

"I would like to thank my grandmothers for letting me go outside with no shirt on, when everybody said that it could not be done. They let me do it. I always wondered why the boys could do shit the girls couldn’t do. And my grandmother said, ‘Fuck that! You do whatever you want to do. You be whatever you want to be. And you better encourage other people. You better make sure that when you say something, it means something . . . And if you can’t say something nice, come sit by me.’ Y’all get it? ’Cause my grandma liked to talk shit.” 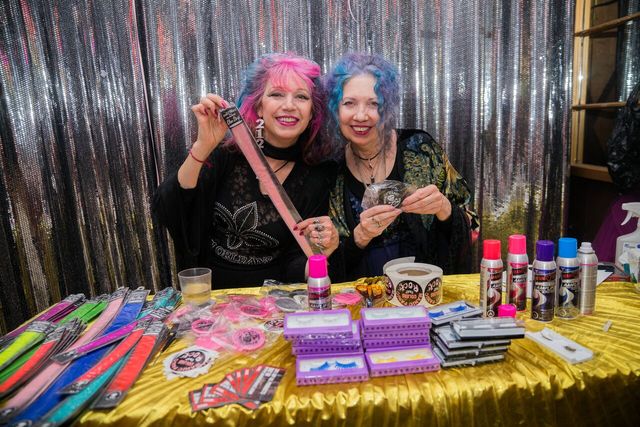 Tish and Snooky, the founders of Manic Panic helped doll up the guests at their glam bar. 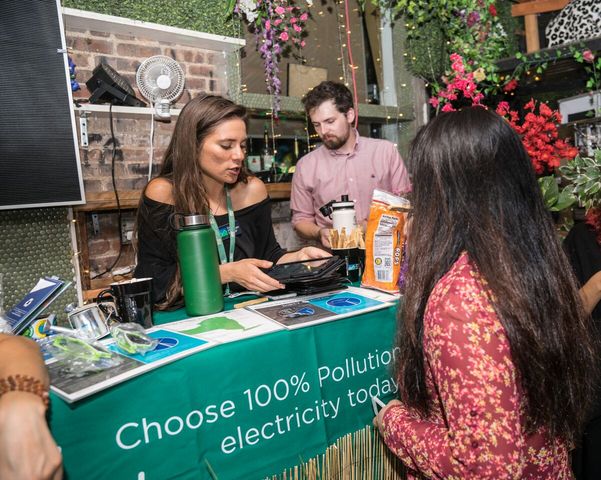 We want to give a huge thank you to our sponsors Green Mountain Energy and Manic Panic! We’re thrilled to have the support of two such unique, socially conscious companies who are breaking norms and making waves in their respective industries. 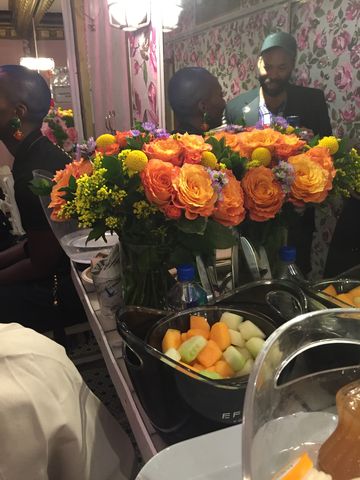 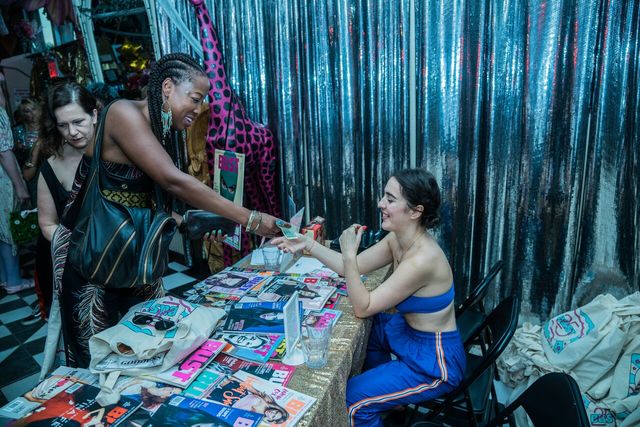 As an anniversary gift from us to you, use the code BUST15 for 15% off first your order at urbanstems.com, now through September 30, 2018.

All Photos by Amanda Kaye

This Cute Video Tells The Story Of 25 Years Of BUST