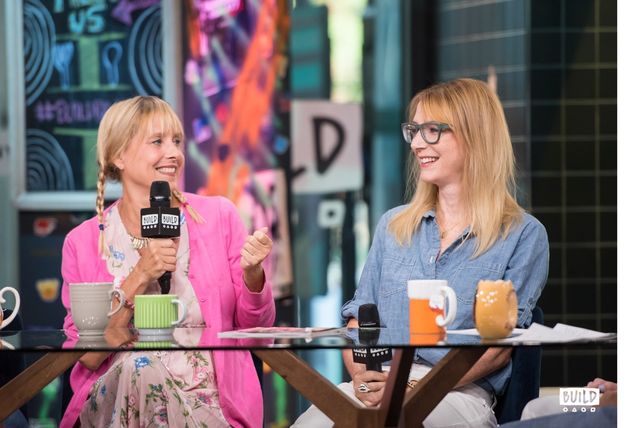 Our amazing co-founders Debbie Stoller and Laurie Henzel were featured on the BUILD Brunch morning show to talk about 25 years of BUST, why the print magazine is so important, and our big anniversary bash this Tuesday.

Editor-in-chief Debbie Stoller shares about how the original idea for BUST was a magazine made by women for women, that was “not just about fashion and beauty, and that recognized feminism, and was fun, and most of all, made women feel good when they finished reading it.”

On why the magazine is special in the world of technology, she adds that “the magazine is more like a curated experience,” with readers diving into a different world than the usual online scroll. “You get to unplug” when you read the magazine, she said.

When one of the co-hosts of BUILD Brunch asked our editors why they decided to throw our huge 25th birthday party, Creative Director Laurie Henzel replied, “We deserve it! 25 years is a long time.”

So, make sure you come and party with us! Our 25th birthday party will be thrown at the House of Yes in Brooklyn this Tuesday, August 28. It's hosted by Jenny Slate, with performances by  Erykah Badu DJing as Lo Down Loretta Brown, Miss Eaves, Sharkmuffin, and the Resistance Revival Chorus. We also have a lineup of comedians sure to bring the funny with a feminist perspective, including Phoebe Robinson, Michelle Buteau, and Patti Harrison. We'll also give out our Golden Bras awards to fabulous feminists working to change the world. Get your tickets here!