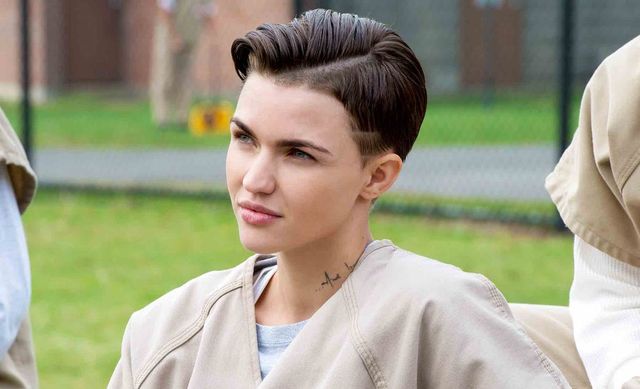 The CW has cast actress Ruby Rose to play Batwoman for a new series in development, with Rose’s role portraying the network’s first lesbian superhero. The genderfluid actor took to Instagram to announce the news, writing, “The bat is out of the bag and I am beyond thrilled and honored…. This is something I would have died to have seen on TV when I was a young member of the LGBT community who never felt represented on TV and felt alone and different.”

The Bat is out of the bag and I am beyond thrilled and honored. I’m also an emotional wreck.. because this is a childhood dream. This is something I would have died to have seen on TV when I was a young member of the LGBT community who never felt represented on tv and felt alone and different. Thank you everyone. Thank you god.

While past movie and TV renderings of Batwoman haven't shown the character as lesbian, an LGBTQ portrayal of the hero is not a completely new take. In DC’s Bombshells #8 United: War Bonds!, Batwoman is a lesbian baseball player fighting against fascism in the 1930s. As so many female superheros have originated as the secondary companion or love interest to male protagonists, it feels refreshing and relevant that they are being given their own narratives, not ones solely placed within the context of a male hero’s story.

The new series, written by Caroline Dries and developed by executive producer Greg Berlanti, is slated to premiere in December, Jezebel reports.

Michelle Wolf Talks To Lizz Winstead About The White House Correspondents' Dinner, Her Netflix Show, And Why She Hates Trump Jokes

Nikohl Boosheri Of "The Bold Type" On What Makes The Show (And Her Character) So Important: BUST Interview

Tags: Ruby Rose , Batwoman , CW , superheroes
Support Feminist Media!
During these troubling political times, independent feminist media is more vital than ever. If our bold, uncensored reporting on women’s issues is important to you, please consider making a donation of $5, $25, $50, or whatever you can afford, to protect and sustain BUST.com.
Thanks so much—we can’t spell BUST without U.