Michelle Wolf Tells Us Why She Hates Trump Jokes 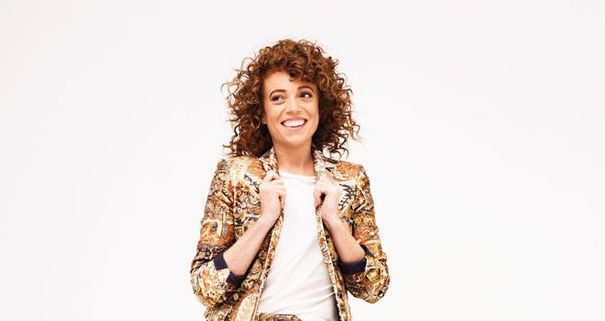 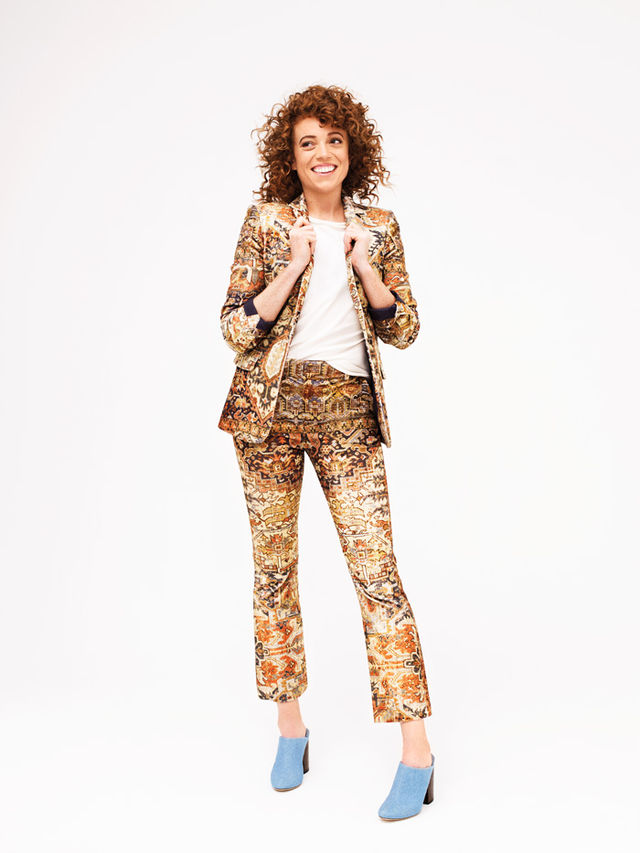 Being onstage is part of what keeps Michelle Wolf alive. In talking with her, a sense of urgency comes through. It’s an urgency that pushed Wolf out of the safety of a job in banking and into a career in comedy.

This spring, Wolf made headlines thanks to her performance at the White House Correspondents’ Dinner, where she memorably joked, “I actually really like Sarah [Huckabee Sanders, the White House press secretary]. I think she’s very resourceful. Like she burns facts, and then she uses that ash to create a perfect smoky eye. Like maybe she’s born with it, maybe it’s lies. It’s probably lies.” The line caused a ridiculous media outrage that painted Sanders as a victim of a sexist attack, rather than a complicit member of the Trump administration. Those who don’t follow comedy might have thought Wolf came out of nowhere, but her ascent had been long in the making. Around 10 years ago, she began taking improv and standup classes at Upright Citizens Brigade after attending an SNL taping; a few years after that, she began performing standup while still holding down a day job in banking, then in tech. She began her TV career as a contributor and writer on Late Night with Seth Meyers in 2014, and in 2016, she became a correspondent on The Daily Show with Trevor Noah, a position she left in late 2017, when her HBO special Michelle Wolf: Nice Lady premiered. Now, Wolf has her own series, The Break with Michelle Wolf, which premiered on Netflix in May.

Wolf’s comedy style is effortless, and exposing hypocrisy is part of her DNA. She picks her comedy targets based on who they have chosen as theirs. If you made the news by victimizing somebody else, Wolf will tell you a little bit about yourself. As she talks about her process and the targets she chooses, it becomes clear that no matter what, funny comes first. At the same time, she wouldn’t know how to sit back and allow bullshit to go unchecked. Whether onstage or in conversation, Wolf has an intoxicating confidence. If she has a superpower, it’s that she finds so much satisfaction in shitting on the elite, she doesn’t worry about what will happen when she does.

A lot of comedians who have done the White House Correspondents’ Dinner say it was the worst experience. I’m curious why you said yes.

I kind of wanted to see if I could do it. That’s why I do a lot of things. Just to be like, “Could I write jokes about these people? Could I do something different?” And some of my favorite people have done it, from Stephen [Colbert] to Wanda [Sykes] and Conan [O’Brien] and Seth [Meyers] and [Jimmy] Kimmel.

What I found fascinating watching it, and during the aftermath, was that you didn’t seem rattled at all. Were you?

Were you stunned that people were being sexist about defending Sarah Huckabee Sanders, making up that you were sexist?

The biggest takeaway I had from it was, “Oh, these people aren’t as smart as I thought they were.” There was Maggie [Haberman, of The New York Times] and Mika [Brzezinski, of Morning Joe], and then the million other people who did it, but those were the only two I responded to. I was like, “You didn’t even listen to the joke. If you’d listened to the joke, you would know it’s not about her appearance.”

Once you tell jokes, they’re done. There’s no point in revisiting them. My job is to tell the jokes and to write the jokes, and however they’re interpreted is out of my control. So I was just like, “Oh, I thought people were smarter, but if they’re not, that’s not my problem.” You went from banking to comedy. One of those things screams safety. One screams, “Oh my God.” What made you make the decision to pursue comedy full-time?

For a really long time, I was able to work a pretty intense job and then go do standup at night. And then I happened upon this job at this tech company, where they hire people who are overqualified and they support what you do out of work. Then the other person who had my job left, and I wasn’t able to do as much outside of work, so I made a decision that I was going to do less and less work until I got fired, because with the amount I’d saved and the severance, I could take a year to just do comedy. Even my rebellion, my going out on a limb, was still very planned and prepared for. And almost exactly a year later, I got hired [at Late Night with Seth Meyers].

You’re an avid runner—is there overlap between how you approach comedy and writing, and the discipline of running?

Oh, totally. When I was a kid, I was always a very active person: I went to school, I went to whatever practice I had, and then I did three or four hours of dance. I always had routines, and as I got older, I found that having routines paid off. And exercise has always been part of my day, so it really just doesn’t feel complete without it; if I’m really stressed, I have to run a little. If I’m stuck writing a script, I’ll think about it when I run. I have a treadmill in my office; there is a standing desk attached, and sometimes I will edit something when I’m on it, but I can’t write and run at the same time.

"Trump bores me. I only like Trump jokes if they’re unique with a take I haven’t heard before."

I’ve seen you described as a political comic, a feminist comic, a lady comic. What do you call yourself?

I just think I’m someone who writes a lot of jokes. That’s all I think about: “How many punchlines are in here?” I don’t think of it as being necessarily feminist or political. I just talk. I happen to be a woman, so it’s gonna be filtered through a woman’s point of view, and people feel like they need to label that, which is a very silly thing. I certainly don’t speak for every woman. It’s just my point of view, and I hope you laugh at it.

I don’t like to categorize it as anything other than my perspective. Not only that I’m a woman, but I grew up in Pennsylvania, and I have older brothers, and I see the world in a certain way—all of that is part of it. You pick from everything that you’ve experienced. Some of it just happens to be female.

In your HBO special, you announce that you’re a feminist. What does it mean to you when you say, “I’m a feminist”? Did you say it because you had a funny joke about it?

Oh, I am definitely a feminist. I hope everybody is. They’ve done a really good job branding feminism as a terrible thing; if there’s anything the right’s good at, they are very good at branding.

What does feminism mean to you?

It means that we’re all fighting to be equal, for everyone to be treated equally. I also think it’s important to be like, “Clearly, men and women aren’t the same. We’re not the same, but we should have equality.” It gets dangerous if you’re like, “We’re all the same.” No, we’re not.

How do you pick your targets? Is there anything where you go, “I’m not interested in talking about that”?

I feel that way about Trump. He bores me. I only like Trump jokes if they’re unique with a take I haven’t heard before, which is really hard at this point. I go after things that bug me, or things that I really care about, but I try to think about them from a different perspective.

I’ve been a media person for a long time and The Daily Show came because I was so grossed out by how the media is. What do you read and who do you trust when you take in information?

It’s hard. I read a lot of BBC; I feel like they actually give news, for the most part. Anytime I hear information, I try to get it from several different sources to make sure they’re actually facts. I’m lucky enough to work at a show where we have researchers who will actually tell you what’s happening, like, “actually that’s not true, actually this part is true.” I’m just so sick of everyone’s opinion. I don’t want your opinion on the news, news person. I want what the news is.

What do you want people to get out of the show? Other than laughter.

I always say that in comedy, you aren’t saying what people want you to say, you’re saying what they didn’t know they wanted you to say. You’re surprising them. You’re helping them be like, “I have always thought that, but I didn’t realize I always thought that.” Or, “I never thought about it that way before.” But all of that has to be wrapped up in a punchline.