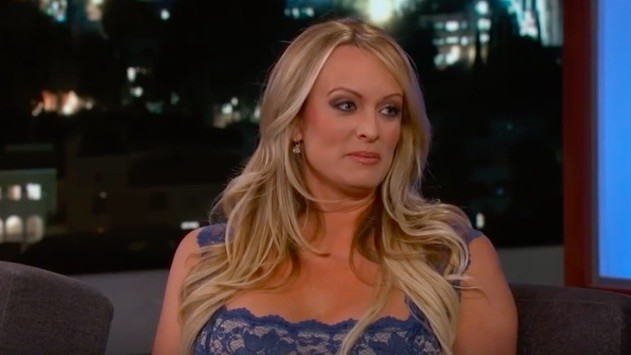 Lady Parts Justice (LPJ) has just announced that Stormy Daniels, the adult film actress and director who’s been working to expose Trump, will be presenting at the feminist media nonprofit’s annual Golden Probes Awards ceremony. The show, which will take place in New York’s Town Hall on October 20, will be hosted by Margaret Cho and feature guests including founder Lizz Winstead; Orange is the New Black stars Taylor Schilling, Jessica Pimental, and Natasha Lyonne; Franchesca Ramsey; and Michelle Buteau.

“Stormy Daniels encompasses what the Golden Probes is all about,” Winstead wrote in a statement, describing Daniels as “a woman who lives her life on her own terms and who will fight assholes great and small who try and get in her way.”

Winstead founded LPJ in 2012 as a creative platform to fight back against sexist men in power, speak up about and destigmatize abortion, and encourage Americans to vote for pro-choice and pro-women politicians. LPJ’s website describes the media hub as “a comedy war room that produces hilarious strategic and educational content on issues around reproductive care and abortion.”

In a statement, Daniels said, “I was surprised and honored when I was invited to be a presenter at this year’s Golden Probe Awards and I’m very much looking forward to this exciting evening. With reproductive rights under assault in Washington, there’s never been a more important time to shine a light on the assholes trying to take our rights away.”

If you live in New York, you can grab tickets for the event starting at $30 here, but the full show will also be available to stream online October 28.