25 Top Feminist Pop-Culture  Moments From The Past 25 Years 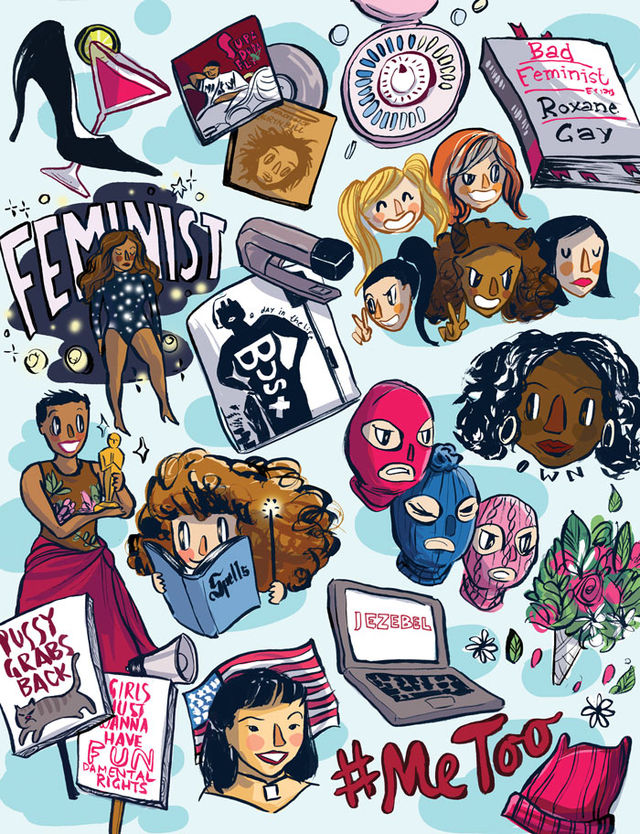 When the first Xeroxed and stapled issue of BUST was published in July 1993, it was influenced by early–’90s feminist pop-culture faves like riot grrrl, Sassy magazine, and Lisa Simpson. Here, we take a loving look back at 25 of the most important pop-culture moments that have inspired us in the 25 years since. 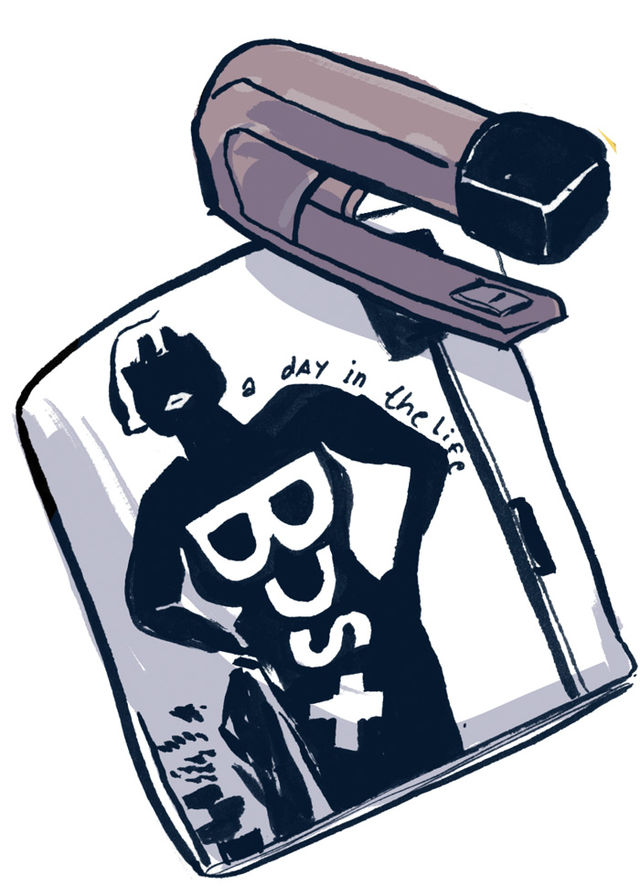 July 1993: BUST is born when founders Debbie Stoller, Laurie Henzel, and Marcelle Karp unite to publish the first issue of the magazine with the original tagline, “Strong enough for a man, but made for a woman.”

April 12, 1994: The Hole album Live Through This is released, just one week after the death of frontwoman Courtney Love’s husband Kurt Cobain. It’s hailed as a girl-grunge masterpiece. 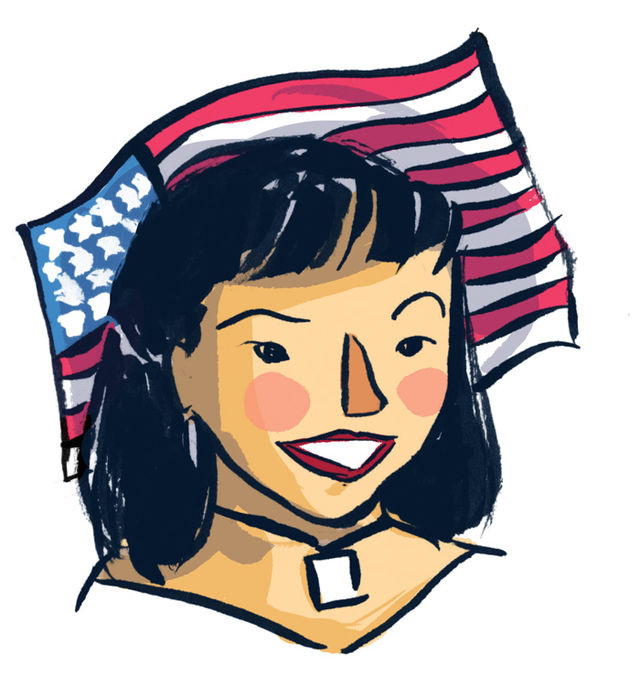 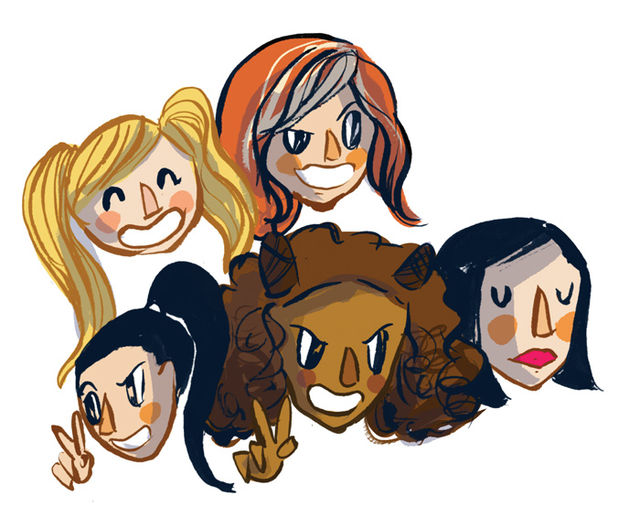 October 23, 1996: The Vagina Monologues—an episodic play by Eve Ensler—premieres at the HERE Arts Center in N.Y.C. Originally a one-woman show based on interviews with over 200 women, the play describes experiences of sexual assault, consensual sex, grappling with body image, genital mutilation, sex work, and childbirth. 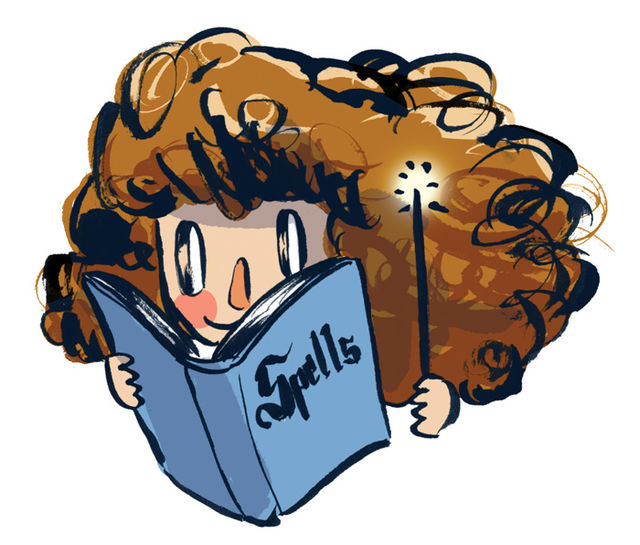 June 26, 1997: Harry Potter and the Philosopher’s Stone is published by J.K. Rowling. The book introduces readers to the character Hermione Granger, “the brightest witch of her age,” and teaches a generation of girls that it’s cool to be smart. 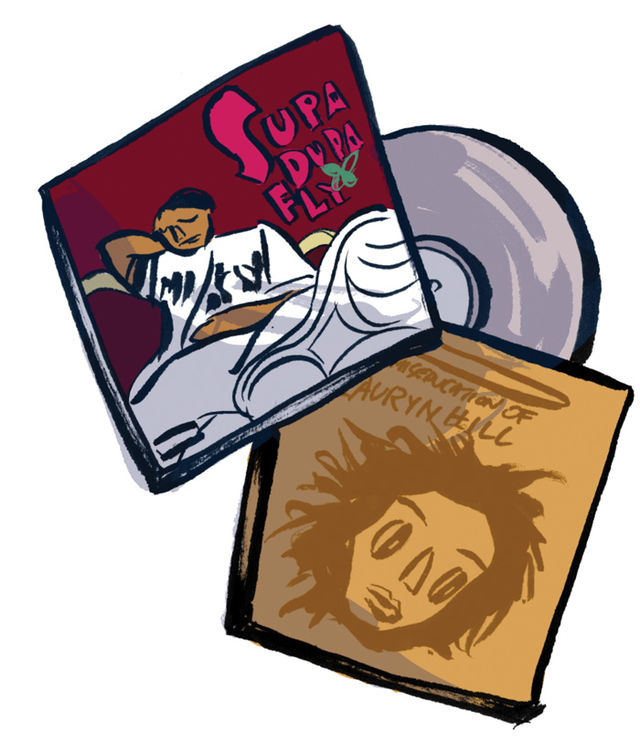 July 15, 1997: Missy Elliott’s debut studio album, Supa Dupa Fly, is released. Along with The Miseducation Of Lauryn Hill, released one year later, the album proves that women rappers should be taken seriously.

April 7, 1999: Strangers with Candy premieres on Comedy Central. Its star Amy Sedaris becomes the matron saint of weirdos, showing that women comedians can be just as disgusting and hilarious as men. 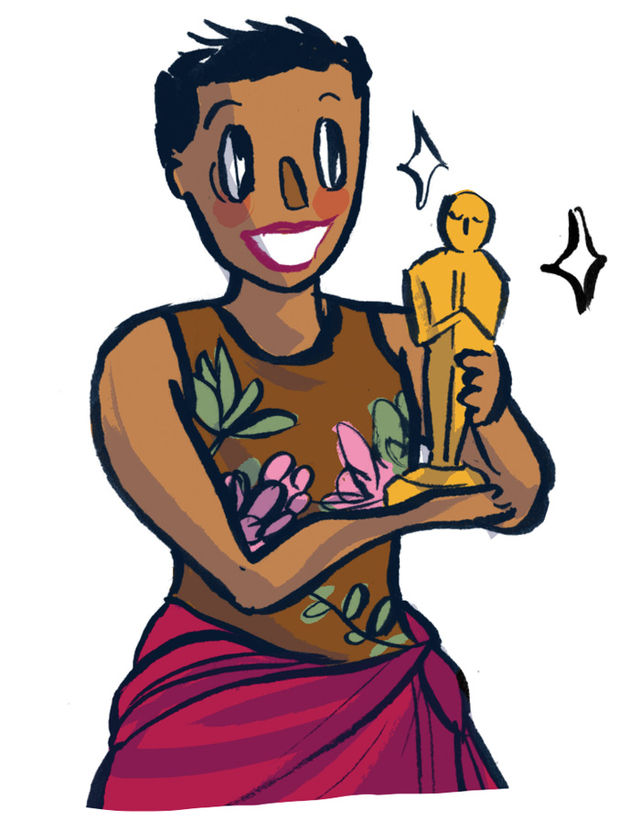 March 24, 2002: Halle Berry becomes the first—and so far only—black woman to win the Oscar for Best Actress when she takes home the award for her performance in Monster’s Ball. She dedicates the moment to “every nameless, faceless woman of color who now has a chance because this door tonight has been opened.”

March 27, 2005: Shonda Rhimes’ show Grey’s Anatomy premieres on ABC, kicking off Rhimes’ path to world domination. Her empire grows to include Private Practice, Scandal, and How to Get Away with Murder, and she becomes known for casting people of color and airing storylines that tackle abortion, racism, and LGBTQ rights.

October 11, 2006: 30 Rock premieres on NBC. Created by and starring Tina Fey, the show takes place behind the scenes of a fictional live sketch comedy show and is based on Fey’s time as head writer at SNL. It paves the way for other smart, female-centric comedy series with a decidedly feminist bent, such as Parks and Recreation and Veep. 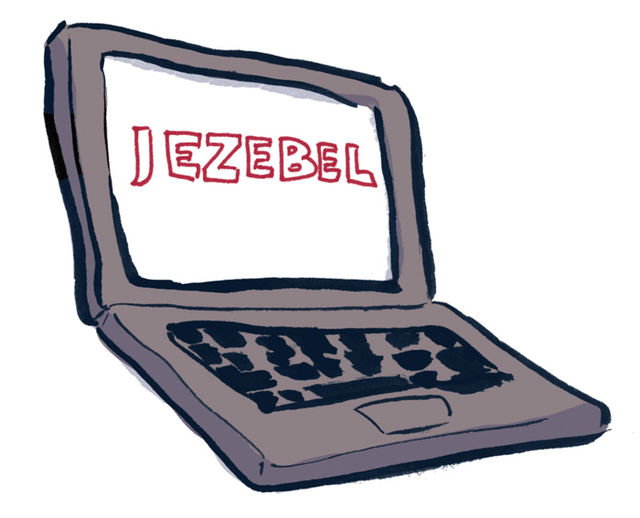 May 21, 2007: The website Jezebel.com launches, becoming an important source for up-to-the-minute news reported through a feminist lens. 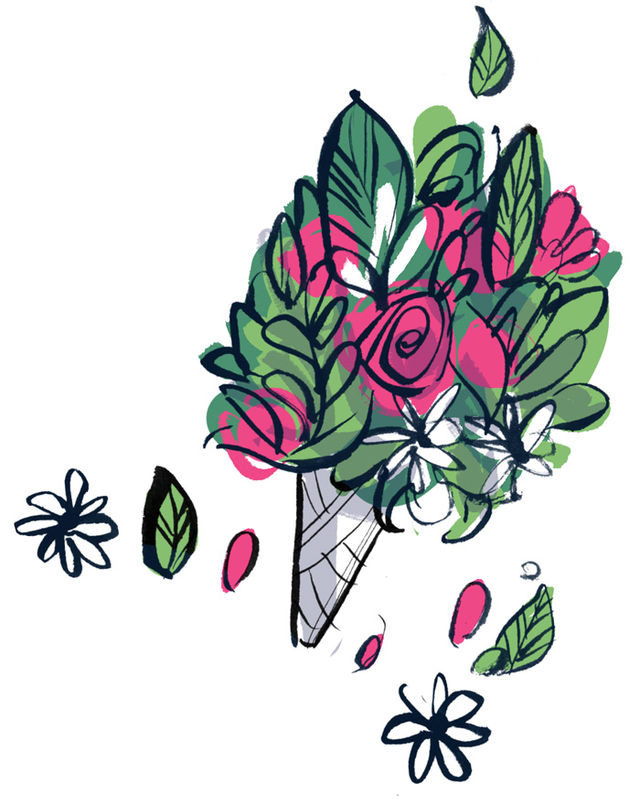 February 24, 2008: Diablo Cody wins the Oscar for Best Original Screenplay for her film Juno, starring Ellen Page as a pregnant teen. Cody goes on to write the screenplays for other movies about sarcastic, complicated women, including Jennifer’s Body, Young Adult, and Tully.

April 28, 2011: The film Bridesmaids premieres. The movie grosses $26 million in its opening weekend and eventually grosses over $288 million worldwide, proving that flicks written by women, for women, and starring women actually make money—and making an instant star out of Melissa McCarthy. 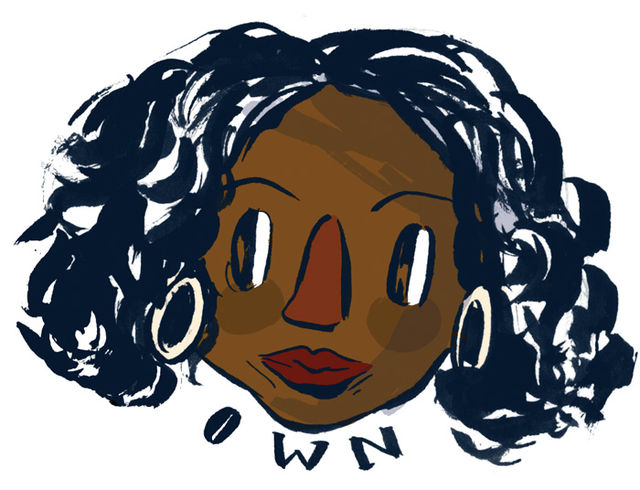 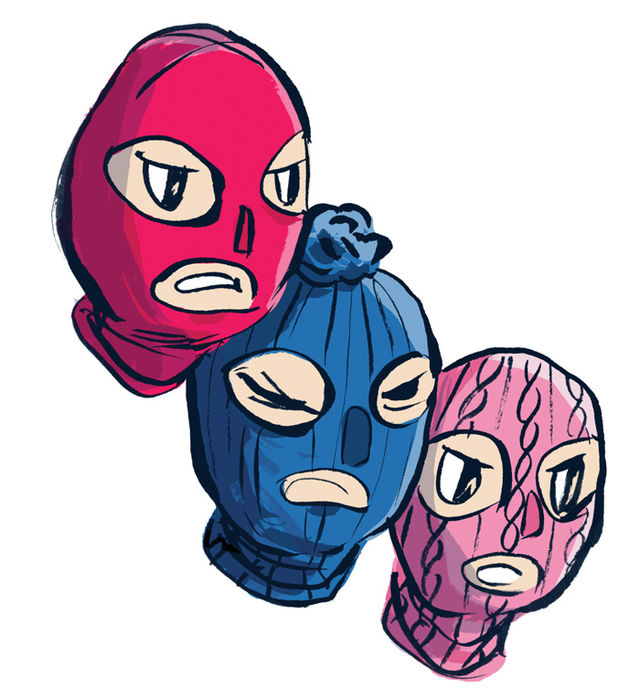 March 3, 2012: Members of the Russian punk band Pussy Riot are arrested for staging a performance protest in a Moscow cathedral.

April 15, 2012: Girls premieres on HBO. Created by and starring Lena Dunham, the show’s enormous success paves the way for a new generation of women-created TV comedies including Inside Amy Schumer, Broad City, and Insecure. 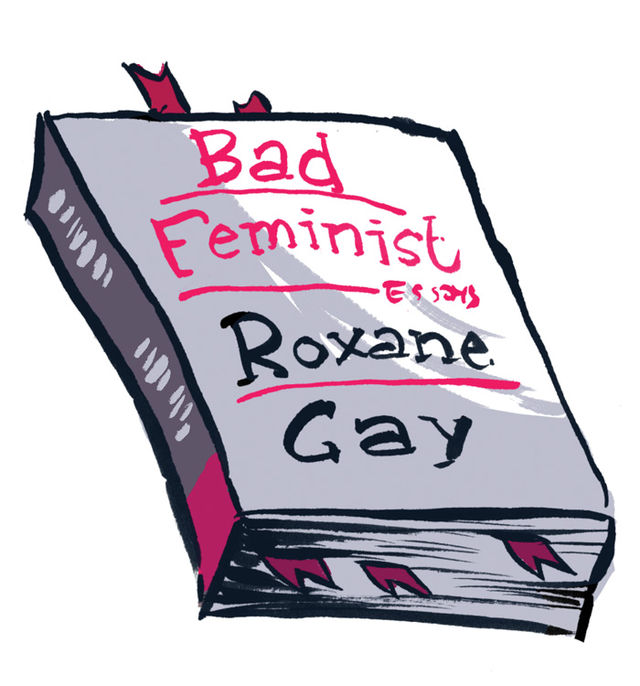 August 5, 2014: Roxane Gay releases her debut essay collection, Bad Feminist, which becomes a New York Times bestseller and makes Gay one of the most public faces of contemporary feminism. 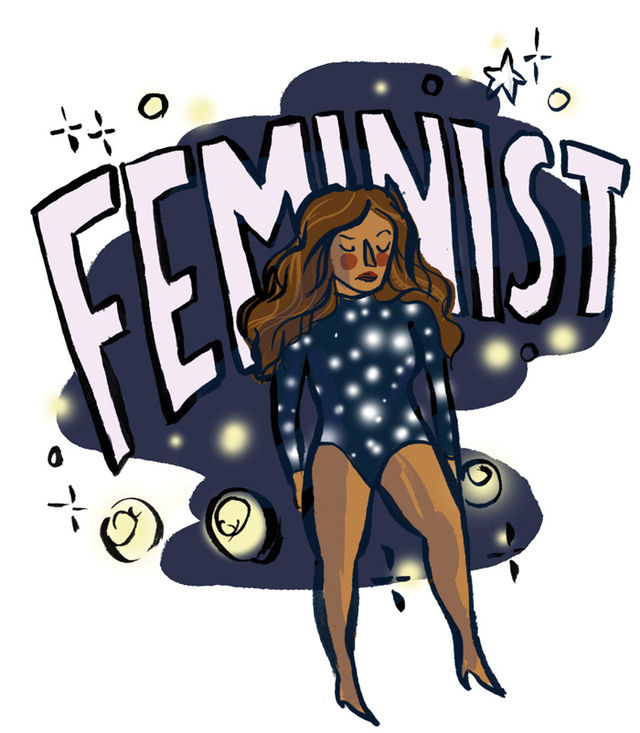 August 24, 2014: Beyoncé performs in front of a giant “Feminist” sign at the 2014 MTV Video Music Awards in an iconic moment. Everything she does, from “Run The World (Girls)” to Lemonade to Beychella, brings black feminism to a huge audience. 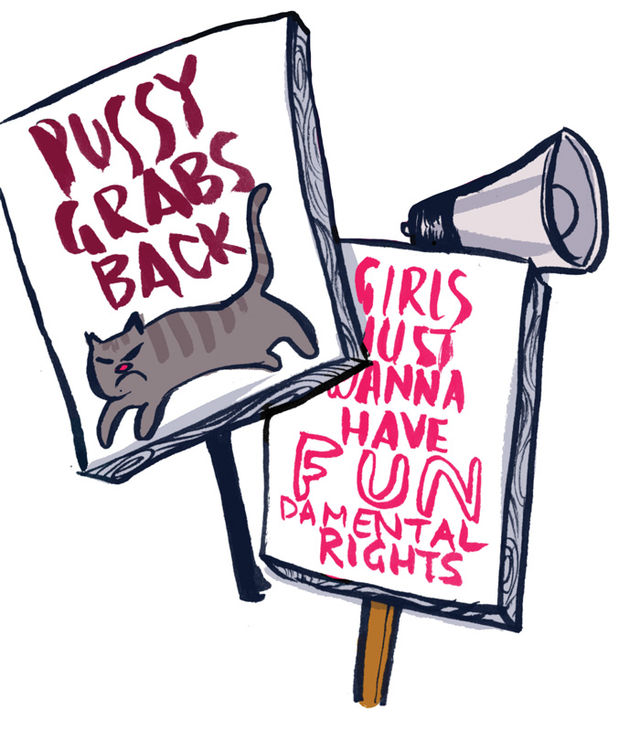 October 15, 2017: The hashtag #MeToo goes viral as people share stories of sexual harassment and assault, provoked by New York Times and New Yorker exposés on Harvey Weinstein. Three months later, women in Hollywood unite to form the Time’s Up Legal Defense Fund, dedicated to fighting the “systemic inequality and injustice in the workplace that have kept underrepresented groups from reaching their full potential.”

By The BUST Staff
Illustrations By Rosena Fung

BUST Will Celebrate 25 Years On August 28!

Tags: pop culture , feminist , BUST magazine , anniversary
Support Feminist Media!
During these troubling political times, independent feminist media is more vital than ever. If our bold, uncensored reporting on women’s issues is important to you, please consider making a donation of $5, $25, $50, or whatever you can afford, to protect and sustain BUST.com.
Thanks so much—we can’t spell BUST without U.