Adrienne Truscott's "A One Trick Pony" Proves She's Anything But 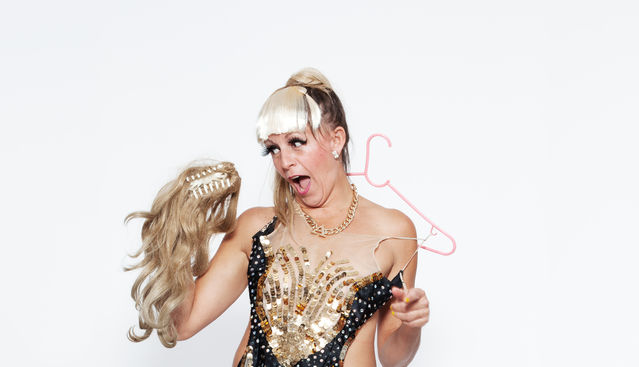 Adrienne Truscott’s new show A One Trick Pony (Or Andy Kaufman Is A Feminist Performance Artist And I'm a Comedian) brings back to the stage one of the most astute cultural observers of our time, and proves that she indeed has more than one trick. A One Trick Pony is the follow-up to Truscott's critically-acclaimed show Asking For It: A One-Lady Rape About Comedy Starring Her Pussy And Little Else!, in which Truscott served us a subversive dissertation that foretold today's rape culture reckoning and the #MeToo movement. While there were other voices heralding the movement, surely none had so much bite with so little clothing.

In her new show, Truscott offers us an homage of sorts to one of her comedy/performance art heroes. If you know the work of Andy Kaufman, the occasional unfinished or underprepared feel of the show makes perfect sense. In the current climate, in which we’re constantly bombarded with a breakneck news cycle, the off-kilter rhythm of this show gives us a welcome chance to forego standard expectations and join Truscott in taking a step back to reset. 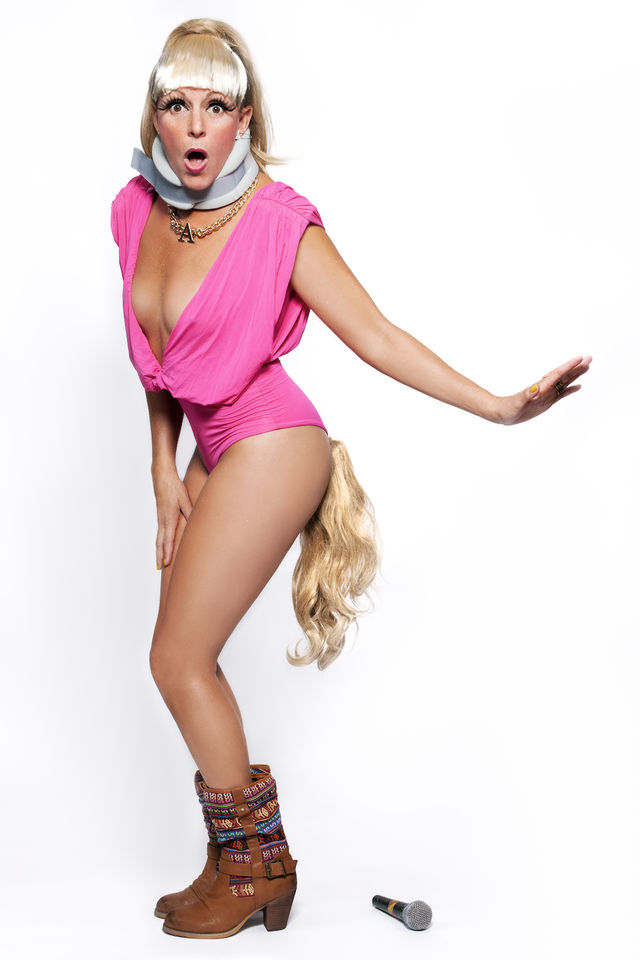 One Trick Pony does have a performance art feel at times, but Truscott is so damn funny throughout, there’s no way you can’t call her a comic. She approaches uncomfortable subjects with an ease that gives the crowd the green light to laugh. A great storyteller, she makes the crowd feel like they’re chatting in a small, intimate group of friends.

The multimedia journey includes stories of ironic strippers, breakfast thievery, and crowd sing-a-longs, with a bit of wrestling thrown in. It’s the most fun you can have while still feeling like you’re witnessing something culturally relevant.

Considering this show was performed the very day Anthony Kennedy announced his retirement from the Supreme Court, well-informed entertainment was something the crowd was craving, and Truscott's voice will be much needed for the foreseeable future. When women seem to be gaining and losing ground on a daily basis, Truscott again gives us the insight of a woman who has been taking notes all along.

Catch Adrienne Truscott's A One Trick Pony (Or Andy Kaufman Is A Feminist Performance Artist And I'm a Comedian) at Joe's Pub in New York on August 4 and September 23. Get more information or purchase tickets here.

Adrienne Truscott: "In This Moment, Women With Loud Voices Are Really Important"

"Hot And Bothered" Is Your New Favorite Comedy Webseries

Tags: Adrienne Truscott , Andy Kaufman , A One Trick Pony (Or Andy Kaufman Is A Feminist Performance Artist And I'm a Comedian) , comedy , performance art , entertainment , Joe's Pub , New York
Support Feminist Media!
During these troubling political times, independent feminist media is more vital than ever. If our bold, uncensored reporting on women’s issues is important to you, please consider making a donation of $5, $25, $50, or whatever you can afford, to protect and sustain BUST.com.
Thanks so much—we can’t spell BUST without U.