In Defense Of Pop Culture Adaptations Of History 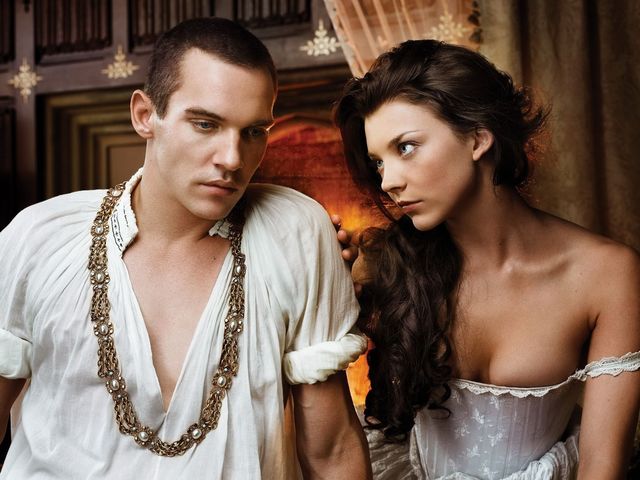 Recently, there’s been an amazing spate of really popularized history media. From the (hysterical!) Cunk on Britain, to Drunk History, to a full-on rampage of Philippa Gregory spin-offs.

There’s just one thing: none of the above count as history. Well, so we’re told…

But I have a question. What makes those...so different from this:

Guys, I think the only difference might be that Horrible Histories is made for children, and the others are made for adults. When you think about it, that’s kind of messed up.

Now, I love Horrible Histories; it was my gateway drug into history. As a child, I spent hours in my local library in a fort made from every Horrible History on the shelf. And now another generation is still discovering how amazing history is through the funny, irreverent and yet oh-so-informative Horrible History books, TV series, and plays. Isn’t that just the best?

So why the hell aren’t we allowing adults the same thing?

See, most adults don’t touch history after they leave school. And that’s not because they hate history, it’s because learning about history stopped being fun and became boring.

For a really long time, history has had a bit of a rep for being stuffy and elitist, reserved only for those who wear tweed and know what a Motte and Bailey is (side note—great name for a detective duo, btw).

So for a lot of people, it can seem like if you’re not down for some hardcore documentary action on medieval literature, followed up by a 1,000 page (not counting the footnotes) door-stopper on obscure Tudor royals, then history isn’t really here for you.

Now, if you work in or love history, you know that's not true. BUT, let's face facts—it's a public image we’re going to have to fight to change.

So why then, when somebody comes along and tries to tackle this and make history super accessible and fun, do we not jump for joy, but immediately pick it apart?

Seriously, why I ask you? WHY?!

Now, full disclosure: I used to be a nitpicker.

A while ago I worked in a Tudor palace (natch), and pretty much every day I’d hear visitors excitedly talking about how being there was just like being in a real life episode of the Tudors or stepping into a Philippa Gregory book.

And whenever this happened, I’d do the worlds biggest eyeroll.

The Tudors? The Other Boleyn Girl? Pfffft, I mean come on, really: it’s dumbed down and totally inaccurate, not exactly "proper history."

But then I realized: without The Other Boleyn Girl or The Tudors, those people wouldn’t be there at all.

Just like Horrible Histories had been my gateway to history, this was theirs.

The Tudors and the Other Boleyn Girl aren't frivolous bits of fluffs, they're helping people discover a love for history and a desire to delve further into it. That’s AMAZING!

Seriously though, this show has put so many people onto history!!

Oh, and you know what? When I actually checked out the Tudors and Philippa Gregory for myself (because obvs I’d been judging without having tried them), I realized they were incredible pieces of historic entertainment.

See, just like we need magnificently researched academic papers, books, and documentaries, we also need entertainment. Not just to help spark people's historic imaginations, but also because what’s life without a little fun?

When watching something like Drunk History people know to take things with a grain of salt, because it’s not a documentary. So have no fear, nobody thinks Harriet Tubman actually said this:

But it would have been great if she did.

And if it’s not your cup of tea, that's totally fine, you do you and enjoy the style of history that you enjoy. Just remember, history can be a lot of things to a lot of people, we just need to let people enjoy it.

The History Of Pin-Up Girls

Tags: history , pop culture , the Tudors
Support Feminist Media!
During these troubling political times, independent feminist media is more vital than ever. If our bold, uncensored reporting on women’s issues is important to you, please consider making a donation of $5, $25, $50, or whatever you can afford, to protect and sustain BUST.com.
Thanks so much—we can’t spell BUST without U.