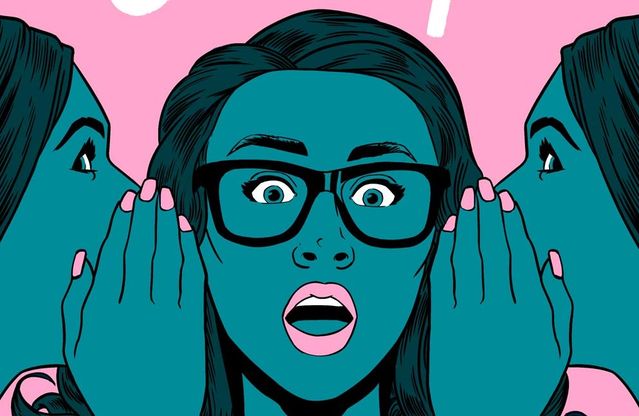 No matter how hard we try to fight it, we all love to indulge in a little gossip from time to time. Whether we’re dishing out some office dirt to our cubicle-mates or losing ourselves in an E! News segment about Pete Davidson and Ariana Grande’s lightning-fast engagement, a little drama can help break up the monotony of our everyday lives, not to mention distract us from the fact that the world’s on fire. Even if you think you’re immune to it’s siren call, you know you’ve picked up a copy of Us Weekly in the waiting room of your dentist’s office. It’s okay, you’re only human.

I’m no connoisseur, but I truly believe that the best kind of gossip is local, small town gossip: the juicy stories about the private lives of people you only see at the supermarket, passed down by a nosy neighbor over a cup of coffee. That’s exactly the kind of dirt you’ll find in the aptly titled fiction podcast GOSSIP, created by Allison Raskin. 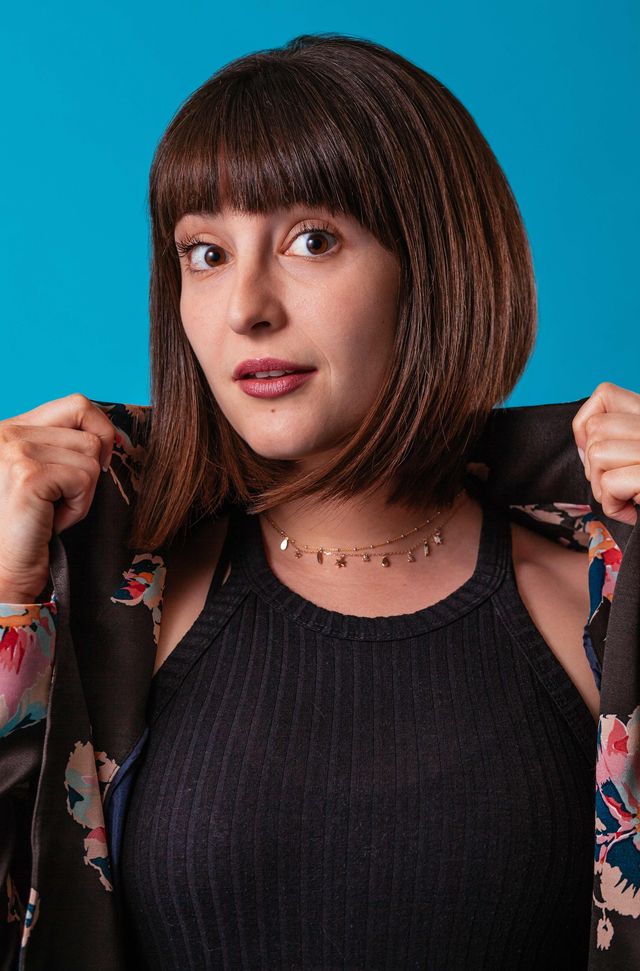 In GOSSIP, three women from the small town of Golden Acres meet for coffee each week and discuss the day’s local dish. With stories of open marriages, meth labs, and nursing home prostitution rings, the women prove that suburban life isn’t as sleepy as it seems. Along the way, Raskin and Co. give the audience plenty of insight into the lives of the show’s unlikely girl gang: stay-at-home mom Valerie (Victoria Rowell), anxious Catholic school administrator Bethany (Raskin), and twenty-something nanny Mia (Amanda Perez). Everyone in Golden Acres seems to have a secret; who cares if the rumors are true when they’re this entertaining? If you’re more of a visual person, each episode also features an accompanying comic from artists including Amy Kurzweil, Sofia Warren, and Hillary Campbell.

Showrunner Raskin is best known as one half of “Just Between Us,” a sketch and advice YouTube channel she’s run with her comedy partner Gaby Dunn since 2014. The two also co-authored the New York Times best-selling young adult novel I Hate Everyone But You. GOSSIP is Raskin’s first big project on her own, and it really shows off her talent as a wickedly funny writer and voice actor. With twelve 20-minute episodes, the show is incredibly bingeable and the perfect summer listen. I can imagine starting the show on the drive down to the beach and ending up staying in my car all day in an attempt to get every juicy bit of Golden Acres gossip.

Raskin describes the show as a “comedic soap opera” along the lines of Desperate Housewives and Jane the Virgin. If you’ve been following the world of audio drama (or fiction podcasts), you’ve probably noticed that the vast majority of the current offerings are set in space, a fantasy world, or some kind of dystopian alternate reality. The format has allowed people to tell big stories on a budget and have proved a great outlet for genre storytellers. But so far, there haven’t been a ton of shows for those of us who are more into Sex and the City than Star Trek. 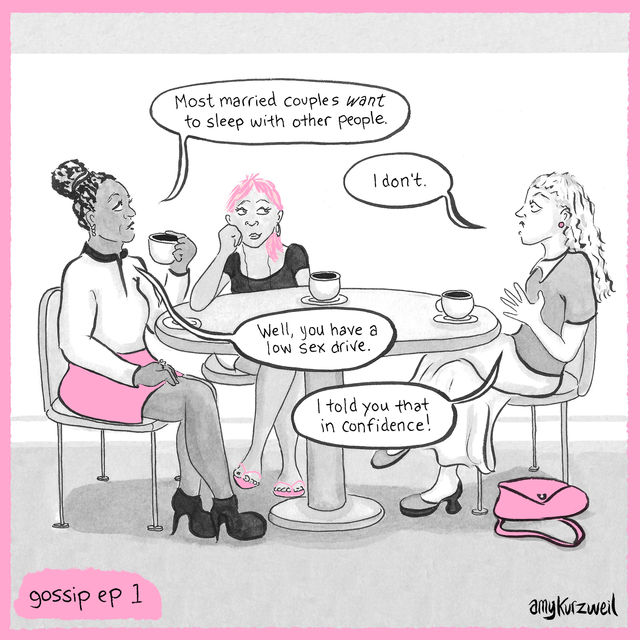 GOSSIP proves that audio is a perfect format for these smaller, more down-to-earth comedies. Gossip is storytelling in its purest form: people gathering around to share something they heard that may or may not be true. The kind of lively conversations that come out of a gossip session between friends lend themselves well to audio. Listening to the show is kind of like eavesdropping on a particularly lively conversation at the table next to you at the coffee shop. You may not know the people they’re talking about at all, but it’s too entertaining to tune out.

My hope is that GOSSIP will introduce new listeners to the world of audio drama who may not have considered tuning in otherwise. I also hope that the show will make room for more comedic audio dramas and other stories like it. For now, I’ll be eagerly waiting for new episodes to drop every Thursday this summer.

The first two episodes of GOSSIP, “Poly Employers” and “Meth Airbnb,” are available now on Apple Podcasts. Want to binge the whole series? All twelve episodes are available ad-free on Stitcher Premium. And be sure to follow the series on Twitter for updates.

The Podcast "Mueller, She Wrote" Is The Perfect Combination Of Informative And Hilarious

6 Podcasts Hosted By Black People You Should Be Listening To

Charlotte Dow is a New York-based writer whose work has appeared in The Billfold, The Dot and Line, and The Financial Diet. You can find more of her writing on her website and her blog, A Suitcase Full of Pens. Follow her on Twitter, Instagram, and Facebook.