Eve Ensler Is Back With "The Fruit Trilogy" 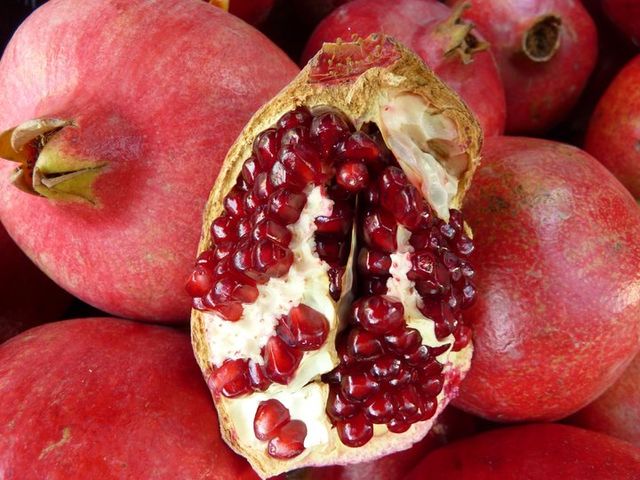 2018 has been a big year for legendary playwright Eve Ensler, who won the 2018 Lucille Lortel lifetime achievement award in May. Alongside receiving this award for her lifelong commitment to creating theater with an edge of social commentary, her new play series the Fruit Trilogy will be running until June 23rd at the Lucille Lortel Theater in New York.

Since writing The Vagina Monologues in 1995, Ensler has been known in the theater and feminist spheres for bringing attention to women’s issues worldwide. She crafts various stories by uniting journalism and playwriting, turning theater into action. After receiving the Lucille Lortel lifetime achievement award on May 6th, Ensler was able to deliver her acceptance speech on May 30th. The full speech was printed in PlayBill Magazine. In the speech, Ensler, who is now 65, said she isn’t finished living, she is “really just entering the next, hopefully more radical stage.”

She continued, “I am so grateful to vaginas and women and The Vagina Monologues who taught me that plays can create political movements and build networks and radical consciousness and raise thousands of activists and lots of money to end violence against women. I am grateful for the struggle. I think the Lifetime Achievement Award should really be called the Lifetime Survival Award. I am grateful to have survived being called polemical, pornographic, prescriptive, in-your-face, out there, overly instructive, strident, militant, too political, extreme, controversial, message mongering, lewd, crude, and obscene. To be a woman concerned with social justice, to be a writer who believes in breaking taboos and telling the stories no one wants to talk about, to write emotionally and overtly passionately, to write monologues and moans, to write about pussies and death and homeless women and bellies and cancer and poop and Congo and war and AIDS and orgasms and sex trafficking and freegans and mystical sexual divinity.”

Ensler has given the stage so much with her plays The Vagina Monologues and In The Body of The World. Now she’s onto yet another run with her Fruit Trilogy. After debuting in the U.K. at the West Yorkshire Playhouse in 2016, the Fruit Trilogy will be on stage once again as the final main stage production of New York's Abingdon Theatre Company’s 25th Anniversary season. The trilogy features actresses Kiersey Clemons and Liz Mikel. 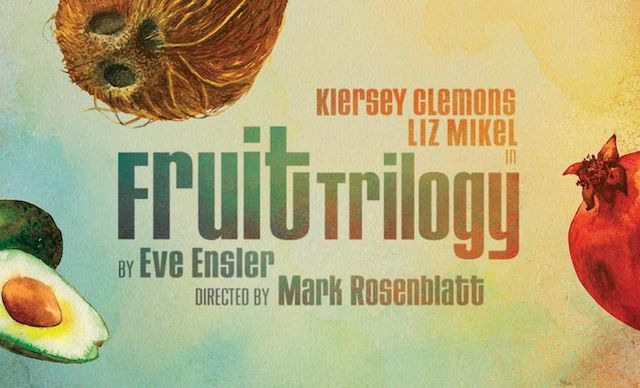 Inspired to write the plays after researching an article on the capturing and selling of women by ISIS, Ensler uses the work to discuss the commodification of the female form. The three plays all take varied approaches to address the internal dialogue of a women’s inner thoughts. These discussions range from self-love to the often disembodied sensation of the female experience. The trilogy highlights the voices of the independent and ordinary woman, their insights into understanding their personal struggles, and their relationships to their bodies.

Starting with the play Pomegranate, audiences take in a scene of two disembodied of heads on display, as though they are on a shelf to be purchased. The following play, Avocado, is the story of a young woman on a chaotic journey towards freedom in a truck full of avocados. The third and final play, Coconut, is a celebratory end to an emotional evening. Coconut brings the audience into the bathroom as they watch a woman get in touch with her body with a vat of coconut oil.

The Guardian describes the trilogy as an “absurdist triptych on the commodification and ownership of women’s bodies.” London Theater 1 describes the trilogy as having “no weak link in this show that combats dark themes of sex-trafficking, feminism, body image, identity and the mentality of self-worth. This show provides the shocking, revealing disruption that the theatre scene desperately needs.”

True to Ensler's lifelong commitment to arts and activism, the trilogy will run with a talk-back series. These special performances will feature a conversation with activists after the play, where discussions will be held, tackling issues ranging from positive body image to sex trafficking. Catch these talks on June 12, 13, 14, 19, 20 and 21.

In her Lucille Lortel lifetime achievement acceptance speech, Ensler reiterated her commitment to activist theater. “When I grew up in the theatre in the ’60s we didn’t even think of doing theatre for money," she said. "We didn’t do it to be famous, we certainly didn’t do it to build our brands or get more followers. We did it because we knew theatre was our radical church, our fiery temple, here to evolve the soul of humankind, here to help us come back into our bodies and feelings, here to employ our theatrical imaginations to the evolving of the new paradigm, to connect with each other, strangers in the dark. Theatre is the place to make revolution.”

What "The Vagina Monologues" Has To Do With "Mad Max: Fury Road"

"I Am An Emotional Creature"