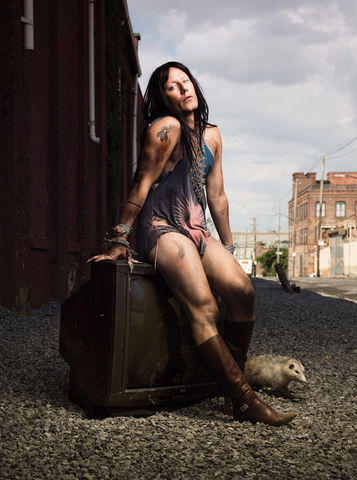 As his alter ego Christeene, Paul Soileau is pushing the boundaries of drag

It’s rare to encounter an artist who calls audiences from all walks of life to the dance floor while challenging them to think about gender, sexuality, performance, and even bodily orifices in new ways. But self-proclaimed “drag terrorist” Paul Soileau, 41, has been doing all that and more for the past eight years in the guise of his on-stage alter ego, Christeene. A larger-than-life rapper/performance artist who combines the horror-show theatrics of Marilyn Manson with the smutty humor of Broad City, Christeene has no back story other than “she was born in the dirt.”

But as the character developed a following through her filthy original songs, wild live performances, and appearances alongside famous friends like Peaches, Soileau was propelled from Louisiana, to New York, to his current home base in Austin on a tide of counter-culture adoration.

Soileau first got the idea for Christeene while attending a drag show in P-Town where some people who he says “looked like trash” were disrupting the “Star Search-y shit.” Prior to that night, he’d been showcasing a more traditional drag character named Rebecca Havemeyer. That one show, however, inspired him to kick things up a notch, and audacious anthems like “Fix My Dick,” “Tears From My Pussy,” and “African Mayonnaise” soon followed.

Through Christeene, Soileau addresses his own gender-bending, Southern-bred sexuality. But the character has also borne the brunt of PC backlash from folks who see it as classist or trans-phobic. “I get called every kind of ‘phobic’ you could name,” Soileau says. “My approach to that is if you have a problem with my work, I will gladly sit down with you, and maybe we’ll have an understanding. The problem is, nobody wants to solve the problem. They just wanna gripe about it.” 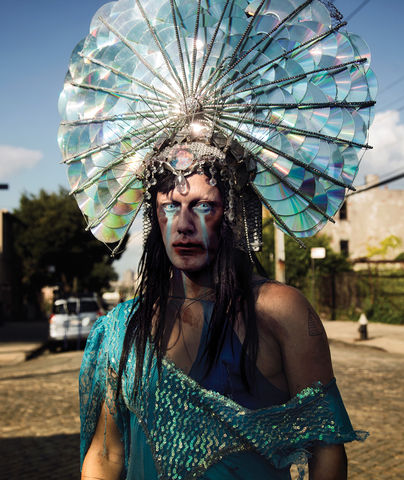 Currently in the process of finishing the follow-up to his 2012 album, Waste Up, Kneez Down, Soileau says we can expect to see much more heady NSFW heat from Christeene. There’s no official title for the album yet, but based on the first completed tracks (“Butt Muscle,” “Aktion Toilet,” and “Train Cake”), it’s gonna get people riled up.

And speaking of riled up, when I ask Soileau about the craziest thing ever to go down at a Christeene show, he has a ready answer. “On stage, I’ll tie balloons to a butt plug. That’s how I like to start a show because then I’ll pull it out and it floats away — wheee!” he says. “But there was this one freak in Chicago. I’m up on stage singing, and I look down, and he’s sucking the butt plug like a pacifier. That grossed even me out. On one hand it’s like, I love it! But then I just went up to him and slapped him in the face and was like, ‘You’re disgusting!’”

Peaches' Music Video For "Vaginoplasty" Is A Must-Watch