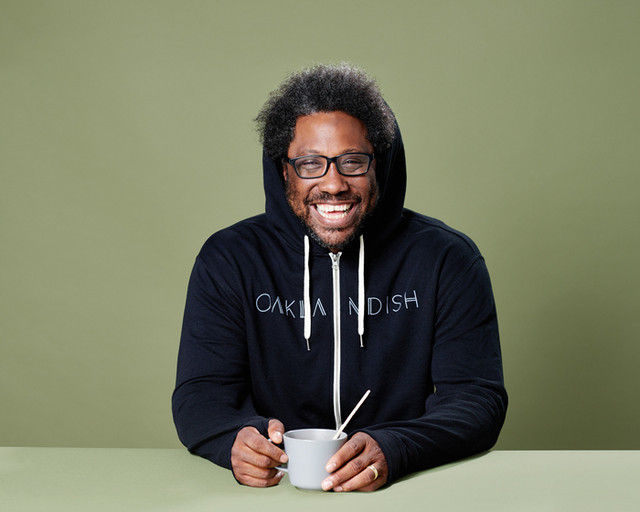 From attending a Ku Klux Klan cross burning and meeting with their imperial wizard, to interviewing white supremacist mouthpiece Richard Spencer on CNN, W. Kamau Bell embraces uncomfortable and cringe-worthy discussions. An advocate of the “power of awkward conversations to initiate change,” the 44-year-old comedian, writer, and pundit provokes dialogue about racism, Islamophobia, and sexism to inspire his audience to “get comfortable” with daunting-but-meaningful discussions. “The frightening conversations I used to run away from, I now run towards,” he says.

Known for his laid back and empathetic style of sociopolitical humor, Bell’s poignant commentary tackles our culture’s heaviest issues with sharp but sincere levity. The Bay Area native embodies a mellow but deliberate fearlessness that inspires fans and disarms detractors. A few weeks after his new book, The Awkward Thoughts of W. Kamau Bell, hit bookstores in May, we chatted on the phone about how he grew up as a “blerd” (aka a black nerd); and about how present-day shows like Dear White People and Blackish are “extensions of [TV] conversations from the ’90s” that helped him shift from asking himself, “Am I the most weird black person in the world?” to seeing “pieces of myself in very different expressions of blackness.”

When asked about the controversy that arose after Spencer appeared on Bell’s CNN show, United Shades of America, he explains, “[White supremacist] ideas exist in culture. These ideas are in the White House. Steve Bannon and Donald Trump are not going to give an interview to us. So we might as well talk to this guy who is where a lot of those ideas come from. The show has one six-minute interview with Spencer, but most of the show is me talking to immigrants and refugees with inspiring stories. We put Spencer on to show that if we don’t fight for the people with beautiful stories, his ideas are going to take over. The show is a homework assignment to the audience, saying we need to do more.”

Bell is also a touring comedian, which can be rough because it takes away from his wife, Dr. Melissa Hudson Bell, and their two young daughters. “I want my daughters to become strong feminists – or whatever word they identify with when they grow up,” he says of his parenting strategy. “I’m doing my best to help raise daughters with those ideals.” 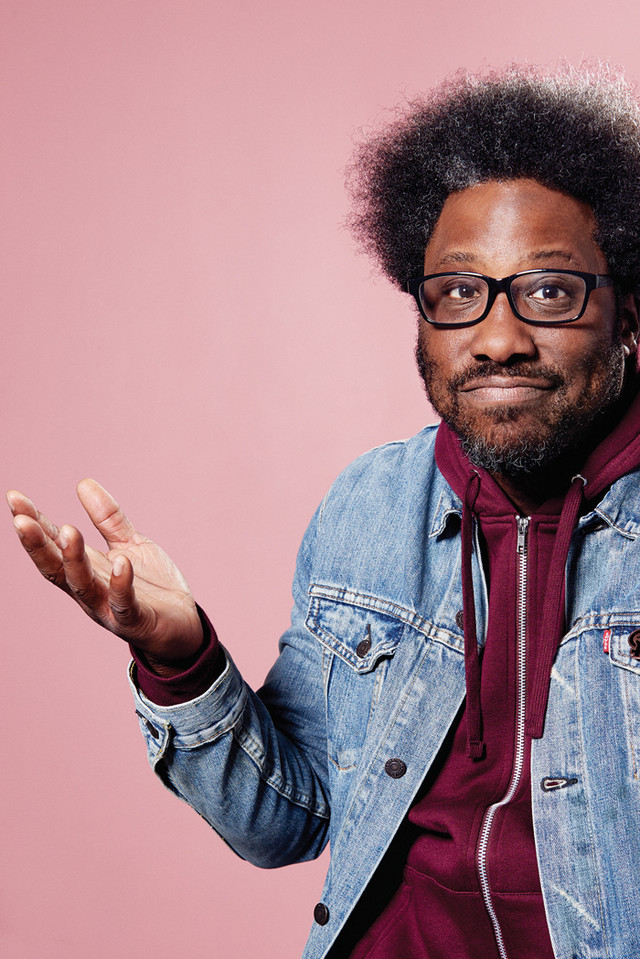 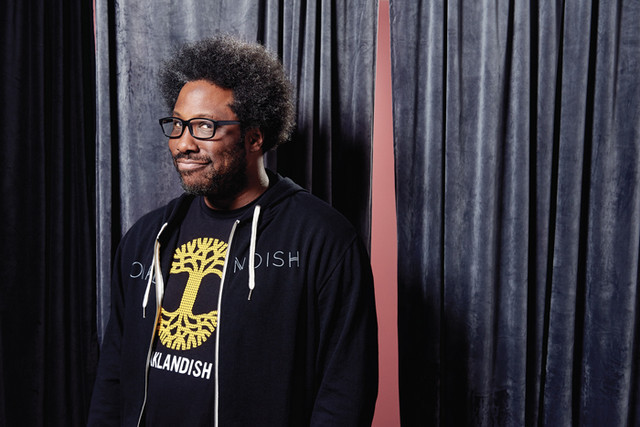 Women Who Slay: 12 More Stand Ups You Should Be Obsessed With

Tags: W. Kamau Bell , United Shades Of America , CNN , politics , racism , Islamophobia , sexism
Support Feminist Media!
During these troubling political times, independent feminist media is more vital than ever. If our bold, uncensored reporting on women’s issues is important to you, please consider making a donation of $5, $25, $50, or whatever you can afford, to protect and sustain BUST.com.
Thanks so much—we can’t spell BUST without U.