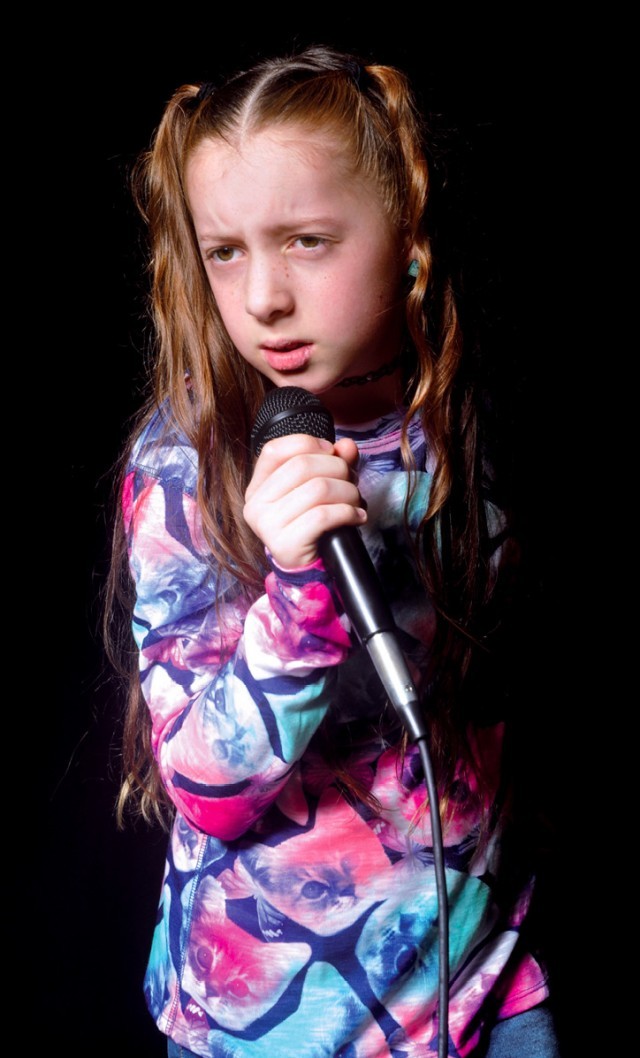 “Online dating is tough,” Saffron Herndon says in her standup set. “Every time I meet someone new, they end up in jail.” Herndon is just 11, but she’d already been doing comedy for two years when captioned images of her best jokes went viral in 2015. Those images, along with YouTube videos of her set, led to an appearance on The Today Show and a new TV project she can’t talk about yet. “I want to tell you so bad, but I can’t,” Herndon says over the phone from her home in Texas. “Aghh!”

Herndon was eight when she performed at her first open mic. “My dad says I’m not pretty enough to do pageants, so he makes me do comedy,” she jokes on stage. “Help me.” But the worst part of fame, she says, is when people assume her dad writes her act. “If my dad wrote my jokes, I’d be talking about how my marriage is a sham,” she says.

It’s immediately clear speaking to her one-on-one, however, that Herndon’s knowledge of comedy goes deep. When describing a recent trip to New York, she references both 30 Rock and the ’70s sitcom Barney Miller. Her favorite comedians include Phyllis Diller, Tig Notaro, and Lucille Ball. And though she’s not a fan of Amy Schumer’s jokes or allowed to watch Sarah Silverman yet, like both of those women, she considers herself a feminist.

Herndon’s perspective on certain topics, however, is still very much an 11-year-old’s. “I told my dad I wish Kurt Cobain had waited 20 more years before killing himself so I could have seen him in concert,” goes another of her jokes. “My dad said, ‘Why didn’t you just wish he didn’t kill himself?’ Pssh. Yeah, Dad, and not have the Foo Fighters?”

Hey Adult Swim: Where The Women At?