The Valkyries Are Leading The Charge To Diversify The Comics Industry 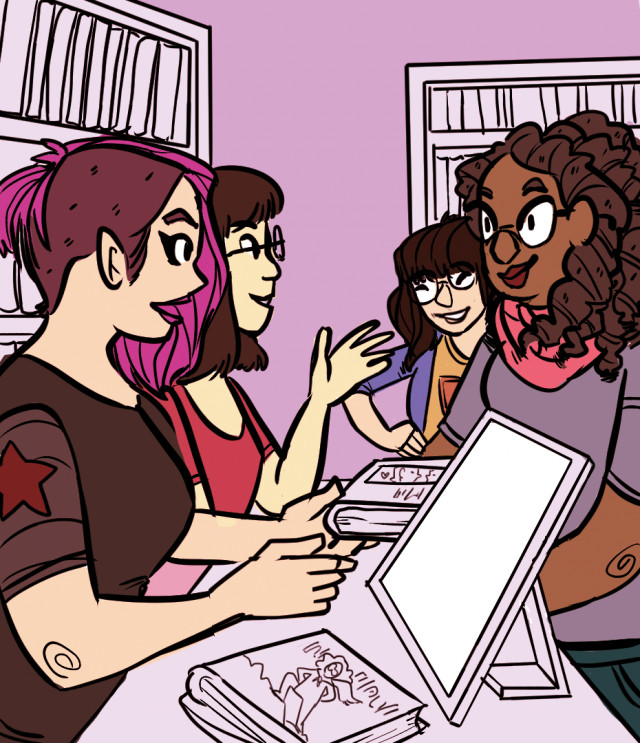 THE VALKYRIES ARE LEADING THE CHARGE TO DIVERSIFY THE COMICS INDUSTRY

The world of comic books has never been particularly diverse or welcoming to women. But The Valkyries, a global coalition of female comic-shop employees, owners, and managers, are working to change that by organizing special events designed to help fangirls feel at home wherever they get their graphics fix. From their online clubhouse at bewarethevalkyries.com, almost 600 comic-industry professionals, and over 200 women in their sister organization Valhalla (for female librarians and bookstore employees), conspire to create ladies’ nights, book clubs, convention meetups, and more.

“Women and girls have always read, sold, and made comics, but the stereotype persists that comics are for guys,” says Annie Bulloch, Valkyrie and co-owner of 8th Dimension Comics & Games in Houston, TX. “The Valkyries are here to show the world that it’s perfectly normal to walk into a comic shop and see women on both sides of the counter.”

'Bee & Puppycat' Is The Adorably Empowering Cartoon You've Been Waiting For

Tags: Valkyries , Comics , Annie Bulloch , Diversify
Support Feminist Media!
During these troubling political times, independent feminist media is more vital than ever. If our bold, uncensored reporting on women’s issues is important to you, please consider making a donation of $5, $25, $50, or whatever you can afford, to protect and sustain BUST.com.
Thanks so much—we can’t spell BUST without U.