These Muslim Dancers Break Down Stereotypes In Hijabs And High-Tops 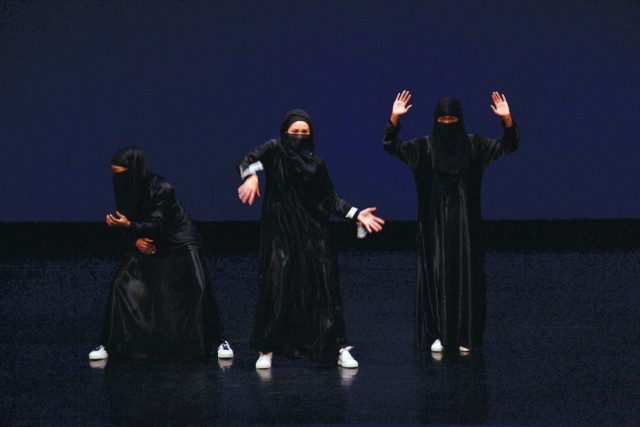 Amirah Sackett is one of those artists you hope becomes famous because she’s so talented, you hate the idea of anyone not knowing who she is. An award-winning hip-hop dancer, choreographer, teacher, and all-around badass Muslim-American, Sackett uses her hijab and high-tops to change the way non-Muslims in the United States view Islam.

If you’re a Brother Ali fan, you’ve probably already seen Sackett’s work. Her dance group, We’re Muslim, Don’t Panic (WMDP), starred in Ali’s music video for Mourning In America, which has over 1,200,000 views on YouTube. Sackett started WMDP in 2011, and since then the group has popped, locked, and dropped all over Islamophobia while working to correct the dominant narrative about Muslim-American women. “I wanted to flip the script,” says Sackett. “I wanted to educate others and reflect the beauty that I know and love in Muslim women. Yes, there are oppressed women in the Muslim world. Women are oppressed the world over. These are our mutual struggles.”

Through dance, Sackett is not only able to challenge harmful stereotypes, but she also brings empowerment to Muslim-American women and girls who regularly experience discrimination. “At one [WMDP] performance for a middle school audience, a girl screamed out ‘You are beautiful!’” recalls Sackett. “She saw us in abaya (long, black dresses), niqab (face veils), and headscarves, and she loved us before we even moved. After the performance, she came on stage and hugged me, and told me she was from Saudi Arabia. She had seen the image of her family and country and she loved it. She had so much pride.”

Before The Spice Girls, There Was This 1940s Lady Jazz Band

5 Amazing Women Who You Probably Forgot Are Muslim