Pee-wee Herman Says, 'If You Don't Like Corny, I'm Not Your Guy': BUST Interview 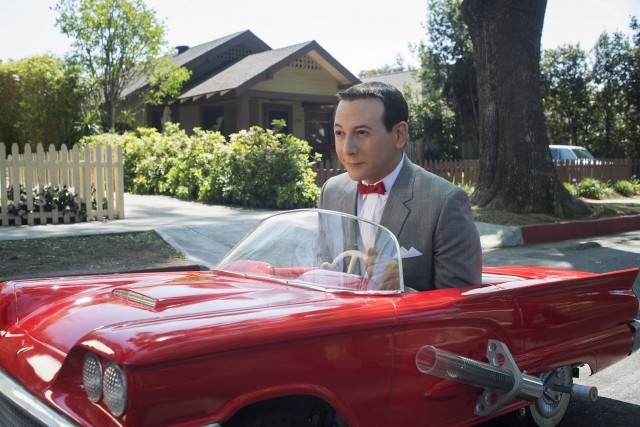 That suit. That bowtie. That laugh. In the ’80s, Paul Reubens—aka Pee-wee Herman—was a bona-fide pop culture icon. His off-kilter, frenzied, and fantastic Pee-wee was an overgrown boy in highwater pants, befriending chairs and roping adults and children alike into his technicolor brand of mania. Now he’s back in Pee-Wee’s Big Holiday, a movie that debuted on Netflix in March, much to the delight of obsessed fans. And if all the hubbub surrounding Pee-wee’s return has got you more amped than Cowboy Curtis on six cups of coffee, well, Reubens, 63, meant to do that.

It’s been 31(!) years since Reubens first found stardom in Tim Burton’s 1985 cult flick Pee-wee’s Big Adventure. A year later, his Saturday morning show Pee-wee’s Playhouse hit the airwaves. That four-year-long acid-trip daydream had bonkers visuals, gonzo music, and cameos—including Cher, Zsa Zsa Gabor, and Grace Jones—more appropriate for a drag show than a children’s program. Since then, Reubens has had roles in everything from Batman Returns, to 30 Rock, to The Blacklist, but there’s no denying the part he’s most famous for, and how much the public’s been clamoring for his return. 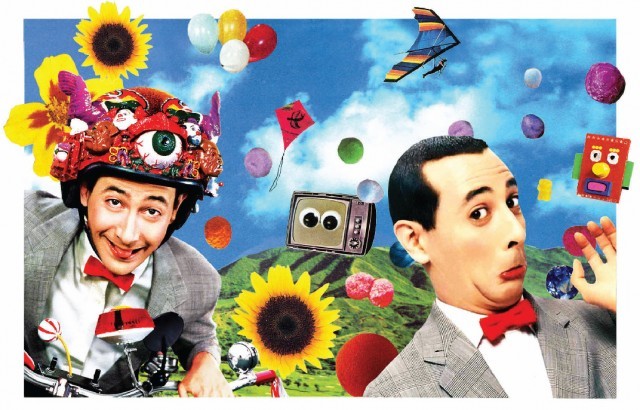 Big Holiday follows Pee-wee as he journeys to the Big Apple to fulfill his destiny. Superfans will thrill at the sight of actors they’ll recognize from other Pee-wee joints. But the most conspicuous supporting character in Big Holiday is Joe Manganiello, playing...Joe Manganiello. “I was at a 2011 Emmys party and someone started running toward me from across this gigantic tent,” Reubens says. “A moment later, I realized [Joe] was looking at me, and yelling, ‘Dude, I love you!’ We exchanged information and became friends. And when it came time to cast the movie, Joe said, ‘I’m in.’ I love his performance so much. If it wasn’t my movie, I’d be really upset that he steals it.”

This latest Pee-wee movie is a wonderfully bizarre but also goodhearted throwback to a kinder, gentler Hollywood. “Part of me thinks, ‘Wow, it’d be fun to make something super edgy.’” he says, “But that’s not me. Left to my own devices, I turn out stuff that’s positive, uplifting, and a little corny. I mean, I’m a comedian—I’m trying to make everybody happy. So at the end of the day, if you don’t like corny, then I’m not your guy.”

Sutton Foster Cried While Filming The 'Gilmore Girls' Revival (We Would Too!)

Amy Schumer Promises To Keep Exposing Herself In Season 4 Trailer