Go Viral With These Tricks From Social Media Superstars 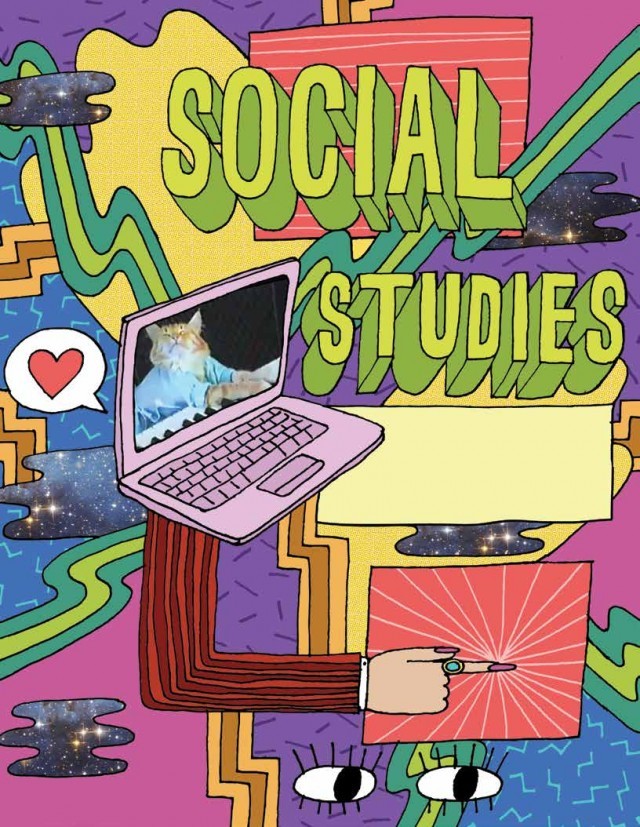 TELL THE WORLD HOW YOU FEEL AND SHARE NEWS AND INFO, IN 140 CHARACTERS OR LESS 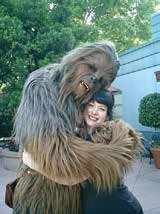 Bonnie Burton
twitter.com/bonniegrrl
61,000+ followers
Age: 42
Home base: San Francisco, CA
Offline career: Author, journalist, comedian
Burton joined Twitter in June 2007, after trying out tons of different social-media sites. Back then, she was the senior editor at Lucasfilm, working as a community manager for StarWars.com. She was such a true-blue geek, and so involved in the online community, that she attracted Star Wars fans to her personal Twitter account. Now, she tweets about sci-fi, Sherlock, and crafting, and generally nerdsout with her followers. “Being social online is like going to a party that you actually want to be at,” says Burton. “And instead of hiding by the buffet table, you get to join conversations that mean something to you.”

If you want to up your Twitter game, Bonnie suggests:

• Your photo and bio do matter. Your social media accounts are often the first impression you make to strangers, so don’t be too goofy with a bio or post a really bizarre image. If you do use a photo of someone, make sure it’s actually of you and not a celebrity. And you can be creative in your bio—just make sure it’s truthful.

• Don’t just constantly post selfies in which you’re making an angry duckface. You’re not a supermodel, and even if you are, I still don’t want to see those photos. Don’t treat yourself like a celebrity or be full of yourself.

• Talk to your favorite authors or directors, especially if they’re not hugely famous—most of them are on Twitter. I find that if I have a back-and-forth conversation with someone, they often end up following me.

• Use hashtags. You can attract more eyes on your account if you participate in memes, like a hashtag that corresponds to certain words for the day. For instance, on Saturdays, everyone posts funny cat pictures for Caturday. 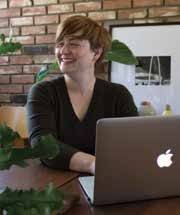 Louisiana native Erin Gautreaux Guy was an interior designer before she created her Pinterest account in 2011; it was so early in the site’s development that you still had to be invited by a current member. She’d already been collecting a massive treasure trove of photos and favorite websites, but was keeping them all in a Word doc. When she discovered Pinterest, she went bonkers. “I basically didn’t work for two weeks at my job,” says Guy. “All I did was pin everything.” Now she’s called a Pinterest celebrity. “A lot of people have accused me of being fake, like a person that Pinterest created. But that picture of me riding my bicycle on my pro?le is me. I’m real!”

Wanna be a Pinterest Kingpin? Here are Guy's thoughts:

• Pin things you love and believe in, and make your boards your own. If you’re passionate about your pins, other people will be, too. Because my boards had a lot of great content, Pinterest kept recommending them to everyone else.

• Write descriptions. Don’t just say, “This is a chair”—describe the pin and how it works (especially if it’s a craft or recipe), but have an idea about it. Say something funny, and give it personality.

• In addition to describing your pins, make sure to explain where any buyable items can be found. The most frequent questions I get in my comments are, “Where can I buy this?” or “What plant is this?” If you make the information easy to find, people will go to your boards for answers.

• If you’re pinning toward getting high numbers, go for food and craft projects—they get tons of repins. I pinned something the other day that was so simple: you take bottles and put paint in them, and shake them up, and you have painted bottles. And it got 493 repins.

• There definitely are good and bad times to pin. Pinning in the early morning and late at night may get you less re-pins, since your pins won’t appear at the top of a user’s feed when most people are online. I find that there are more re-pins at lunch, around dinnertime, and on holidays. Everyone has to spend time with family during those times, so we usually watch TV or get online. Sad, but true.

• Make sure your boards have plenty of content; if someone has a few pins—less than 60 or so—I probably won’t follow the board. It usually means that the person started the board and then quit pinning.

• But be sure to target your content. If someone has more than 20 boards, that seems a little superfluous, and I only follow the boards that seem to be the most focused. I don’t think you can have too many pins in a board, though.

• After you’ve created strong boards, in order to get more followers, you should definitely follow more people. I often pin from boards that follow me, but primarily because their boards have great content.

• Don’t just follow pinners who have a ton of followers. I don’t look at the person’s numbers, only their content—there are a lot of “undiscovered” great pinners out there with fantastic, out-of-the-box stuff.

• Set aside some time to work on your boards. I probably go on the site for an hour a day to pin photos and curate my boards. If work is nuts, I might set it aside for days, but it really is my favorite hobby. I do it instead of watching TV.

SHARE SNAPSHOTS OF YOUR EVERY DAY LIFE, OR SHOW OFF YOUR MAD PHOTOGRAPHIC SKILLS 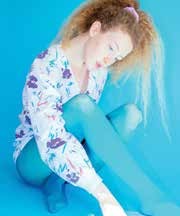 Coming from a family of ?lmmakers, it’s no surprise that Sara Pierce ended up becoming a photographer. She’s had an Instagram account for about two years, but it was only a year ago that she started shooting (and posting) the brightly colored photos for which she’s become well-known. The day Instagram recom-mended her as a “suggested user,” her follower count took a huge leap forward. Now, she gets recognized on the street. “A few weeks ago, when I was shopping with a friend, a stranger recognized me and said hi. Apparently I’m ‘Sara from Instagram’ now, which I never really thought would happen.” She also gets offers to shoot for companies like Warby Parker and Re?nery29, all because of the ’gram.

Wanna be a big deal on Instagram? Here are Sara's tips:

• Don’t do it alone—if you’re a photographer or artist using Instagram as a creative outlet, ask for help on your shoots from your friends, family, neighbors, everyone. The best work is made when you collaborate.

• Get emotional. There’s a reason why everyone on the Internet likes to watch cat videos on YouTube: they elicit emotion from the viewer. You watch it and you laugh, or cry, or coo at how cute they are. Viewers want to see something that will make them react and grab their attention. Some people just comment “nice pic” on my photos, but other people say, “Wow, this really makes me feel something,” and that’s so good to hear.

• Always be authentic. The Internet has been around for more than two decades, and I think most of us are smart enough to know when people aren’t being themselves.

• Try to keep your photos vivid—the brightest and most intensely colored photos I post always get the most likes and responses. People want to see something game-changing and insane.

• Use a filter when you think a photo really needs it, but don’t go overboard with them to the point that the picture is unrecognizable.

• Take some time to crop and edit your photos. I use VSCO Cam and a few other apps, like Snapseed, TouchRetouch, and SKRWT. VSCO Cam is my favorite, because they offer about 100 filters, based on different types of film—people love that old-style look. Some of the filters you have to pay for, but you pay a price for good photos, I guess.

• Timing-wise, it’s best to post on Instagram at either 3 p.m. PST or 6 p.m. PST, if your community is based in the U.S. I find that these times work best because lots of users get home from work around then, depending on whether they’re on the East or West Coast. The worst time to post, if you’re in the U.S., is around 12 a.m. PST—that way you only reach the night owls in the U.S. and the early birds in Europe.

• Use hashtags—they can enhance a photo and bond you with your community.

• Don’t wait too long between posts; I won’t let myself take more than two days off from posting. I like being there every day with my followers.

• Keep a dialog going with the people who follow you. On the days I don’t post, I respond to commenters on other photos. It keeps me going and makes people come back, because they want to hear from me. To become an “Internet celebrity” of sorts, you have to be available on the Internet.

• And remember: you can get followers on Instagram even if you’re not a professional photographer. What’s important is having an eye for what’s beautiful around you, and the ability to demonstrate what’s important to you through your images.

Cleavage Doesn't Have An Age Limit: Susan Sarandon's Boobs And Other Amazing Things