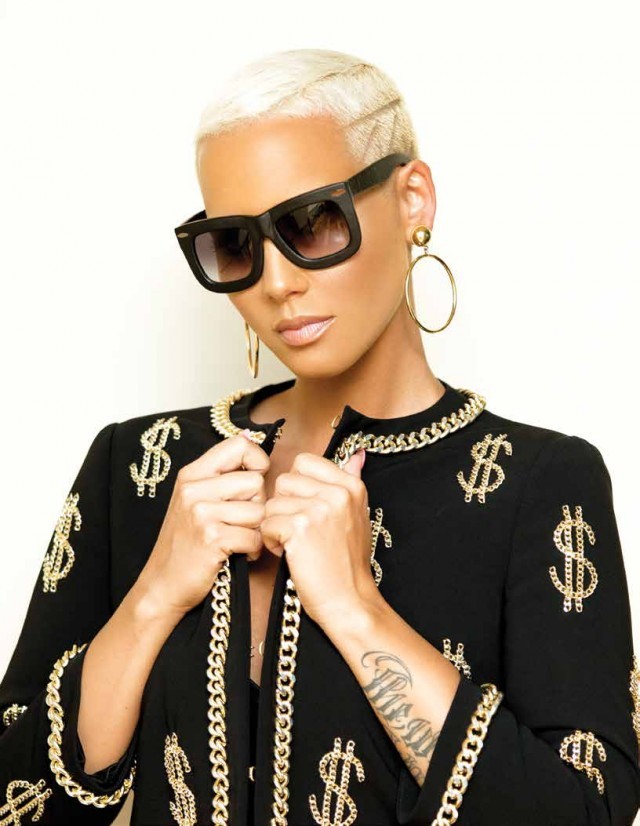 From music video star to sex-positive spokesperson, Amber Rose is a pop culture personality whose feminist evolution continues to unfold.

Amber Rose is talking about feminism and getting a manicure. On the phone from Studio City, Los Angeles, she pauses to choose a polish—dark blue glitter—before returning to our conversation. “Sorry, babe,” she says. A few days later, I spot that mani in one of Rose’s Instagram pics: in the mirror selfie, she’s wearing a black, lace-up one-piece swimsuit. The photo has 207,000 likes and counting.

All those likes aren’t surprising. Rose, 32, has a devoted following of fans—aka “Rosebuds”—and the ranks are growing among women who appreciate her outspoken, sexuality-owning, DGAF persona. The multi-hyphenate celebrity (Rose is a model, actress, designer, and entrepreneur) first hit pop culture consciousness in the mid-2000s, as a music video star and Kanye West’s girlfriend, then as Wiz Khalifa’s (now-ex) wife and baby mama. But she’s since reclaimed that fame as her own, and it’s her recent embrace of feminism and her subversive, self-parodying comedy that’s caught the attention of many a lady blog and a new realm of admirers. Last April, she appeared alongside Amy Schumer in the comedian’s hip-hop video spoof of our culture’s current obsession with booty, “Milk Milk Lemonade.” At MTV’s Video Music Awards in August, she wore a catsuit plastered with insults that have been hurled her way, from golddigger to whore. And she followed up that red carpet statement with a hilariously sex-positive “Walk Of No Shame” video for Funny or Die. In October, she continued her feminist streak by organizing her own SlutWalk in Los Angeles [a protest march to end rape culture], and then released How To Be A Bad Bitch, her part memoir, part self-help book. Here, she talks about what she’s learned from breakups, her friendship with Amy Schumer, and raising her son as a feminist.

Your book goes into detail, but if you had to answer in one sentence, how would you de?ne a “bad bitch”?
A bad bitch is a well-rounded woman who knows what she wants and gets what she wants by any means necessary.

You write about how being an exotic dancer helped you become a bad bitch. What made dancing a positive experience for you?
People don’t realize that being a dancer is not a sexual thing for the dancer. We’re there for a job. It’s just like working for a magazine or working as a waitress: you’re there to make money, so you do the best you can. Those were some of the best times of my life because I was young and making a lot of money and it wasn’t weird for me. All the girls were so fun. It was like a party every single night. Now when I go back to a strip club, I spend like 10 or 20 thousand dollars on the girls because it’s like, “Why not?”

In your book you write, “I’ve given away too much of my power in every relationship I’ve had.” When did you realize that?
After my divorce I definitely realized that. I always felt like I needed to be very submissive to a man and put my head down. That’s a fucking lie. That’s not how life’s supposed to be. We’re supposed to be equal. If you can work, so can I. If you can go out, so can I. You’re not superior to me. I feel like I probably wouldn’t have had my SlutWalk if I had been in a relationship with someone. Everything happens for a reason, babe.

How did you get the idea for your own SlutWalk?
I came across a picture on social media and it was this woman who had on pasties and had written on her body, “Still not asking for it.” I was like, “What’s going on?” and I learned what a SlutWalk was. I was really inspired. We have a double standard about rape and sexual assault. I’ve been sexually assaulted so many times, I can’t even count. But I always swept it under the rug, because I was like, “Alright, I’m going to a club. A guy reaches his hand under my skirt because he’s a fucking asshole,” or whatever the case may be. But it’s really serious. 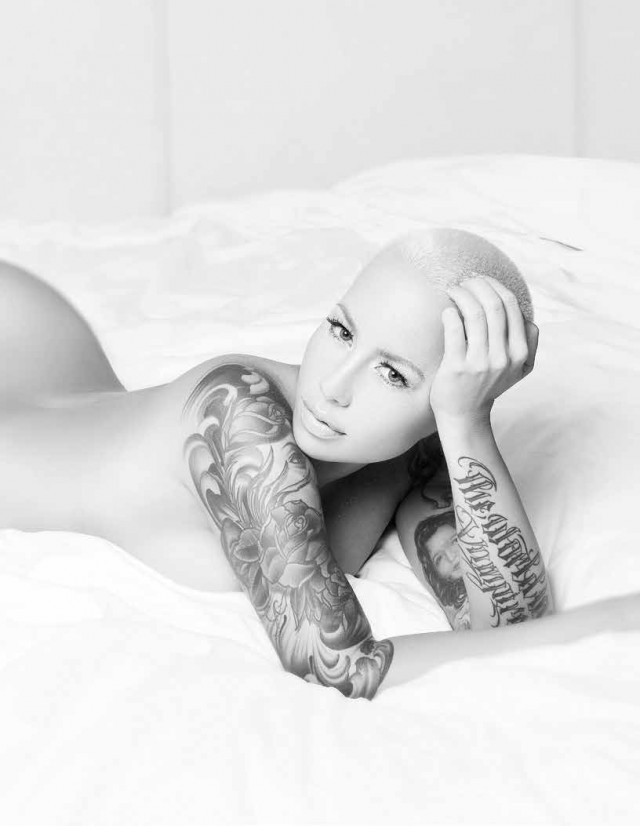 In the past year or so you’ve become more and more involved with activism.
Yeah. I’ve always been an activist for HIV/AIDS awareness, and I’ve done some stuff with [the LGBTQ suicide prevention non-profit] The Trevor Project and the AIDS Walk, little things here and there that I never really talked about much. I had four friends pass away in 2009 from HIV/AIDs, which was really crazy. I had a lot of funerals that year. With feminism, for sure, I feel like I’ve been growing as a feminist over the years. This is my time to let people know.

What were some of the things that caused that growth?
I would definitely say being famous helped me see the double standards, how fucked up it is for women. If a guy’s nude pictures leak, it’s in the news for a day, but if a girl’s nude pictures leak, they have to call the FBI and it’s this whole thing. I think it’s more about how the media drives women to the ground just for being sexual beings like men. I was getting so frustrated seeing it. I’d tweet about it constantly. I felt like I needed a bigger platform. It just grew every day as I got more and more frustrated. I was like, “I have to do something.” I have a voice. I have to make my mark on history. I have to help people—women, more so.

On Instagram I saw that a lot of fans dressed up as you in your VMAs bodysuit for Halloween. What was it like to see them dressed like that?
It’s always very flattering to see that. I feel like I definitely made an impact with that outfit.

Could you tell me about that out?t and the decision to wear it?
I wanted to make a statement, of course, and I wanted to embrace all the derogatory labeling that I deal with and that women deal with in general. I wanted to wear it on a bodysuit and say, “Fuck everybody. You can call me whatever you want but I’m still at the VMAs.” At the end of the day, I’m working, I’m helping women, and I’m doing everything that I’m passionate about, and that’s what’s most important. I’m living my life to the fullest now. It’s amazing.

How did you get involved with Inside Amy Schumer?
I introduced Amy at a Laugh Factory show in L.A. We exchanged numbers and became friends after that. She actually texted me five minutes before I called you. I’m going to see her this Sunday. She reminds me of myself if I was a comedian. She’s not scared to be herself and I love that. It’s really inspiring to be around women like that.

You’ve said before that you’re raising your son, Sebastian, to be a feminist. How do you do that?
As a mother you have to raise your kids right. Being a male feminist does not mean being gay or being feminine. It’s just knowing about equality and what it means to be with a strong woman and not shut her down. She can have her own career and her own opinions. My son is going to know how to respect women and hopefully, when some kid comes up to him and is like, “That girl’s a ho,” he’ll be like, “No, don’t say that, that’s not cool. You can’t talk about girls like that.” I want my son to be that guy, you know?

Amber Rose Is Susan B. Anthony, Gloria Steinem And Pussy Riot In These Amazing Photos