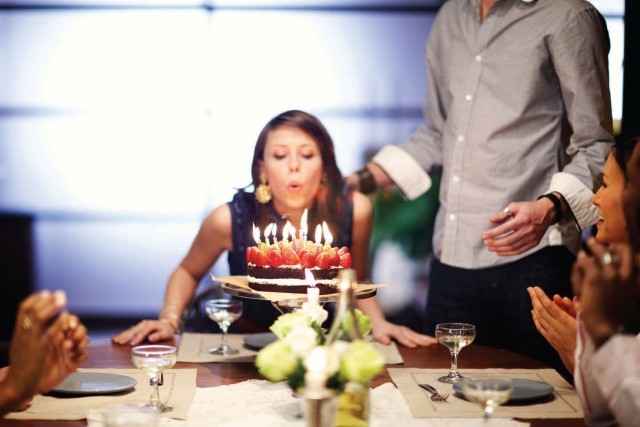 The year was 2008 and I was making a living running casting sessions for TV commercials. A typical day involved actors, models, or other pretty people walking into the room and doing whatever I told them to do. If  I was casting a beer commercial, it might be “You’re mingling at a cool rooftop party and you’ve just spotted a hottie.” If it was a spot for a department store’s fashions, I might say “You’ve got a secret” or “Dance!” The job was like playing Simon Says all day and I was always Simon. I was great at it.

One fateful day, we were looking for hip, attractive, 20-somethings of all ethnicities, and fewer than 40 people showed up to audition. Rebecca, the casting director, asked me to audition, probably just to get the numbers up. But a few days later I got a giggly phone call from her. “What’s your social security number?” she asked. “You booked it!”

"I knew it wasn't actually my birthday because I wasn't drunk or crying, but the enormous smiles on those strangers' faces and the candles and the singing had touched some primitive part of my brain that made me feel feelings anyway."

I played it cool but my heart was throwing a party. Me! A professionally attractive person! Finally! I happen to have a BFA in Acting from a prestigious drama school where I learned many things, including the fact that the actor’s life is not for me. Still, I was itching to get paid for being “the talent” at least once.

The shoot took place in the photographer’s apartment/studio in N.Y.C.’s Hell’s Kitchen neighborhood. It was a sprawling, sunbathed space with exposed brick and hardwood floors. The decoration was tasteful and sparse. It was the nicest New York apartment I had ever seen, and I was determined to act like it was no big deal. 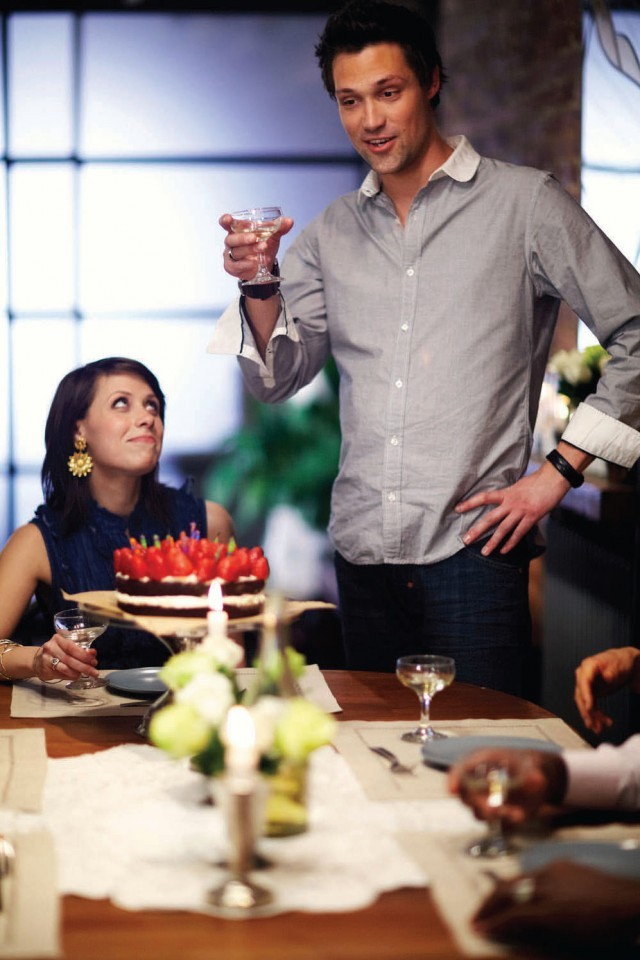 The wardrobe stylist picked out the least comfortable of the outfit options I had brought with me. The elastic belt and tights made for a sweaty day under the hot lights.  She added earrings that were roughly three times the size of any I had ever worn. I had arrived.

I was promptly assigned a tall white boyfriend named Mike. The photographer explained that Mike and I were throwing a dinner party and everyone else was playing our guests. I tried to imagine a reality in which Mike and I could afford such a swank Manhattan apartment while still having time to cook and throw dinner parties for our ethnically diverse group of friends, but then I remembered I was not being paid to think.

The story behind the shoot was that the photographer was pitching a commercial to Williams-Sonoma, and planned to sell the still images and HD video as stock footage. The other talent and I signed away the rights to these images in exchange for $200 cash. The day was to go chronologically scene-by-scene; guests arriving, toasting with wine, setting out various dishes. We were given constant direction regarding what to do and how much to smile (usually, it was a lot).

Between takes, I got to chatting with the gorgeous and effortlessly cool food stylist, whose profession I had never heard of before that day. At one point, I was asked to chop some herbs and garlic while they shot close ups of my hands. Cooking was not my thing in those days, and the food stylist’s eyes bugged out at my bumbling and probably dangerous chopping technique. She gave me an impromptu knife skills lesson and I tried it again. “Maybe just throw some flowers on this salad,” she shrugged. 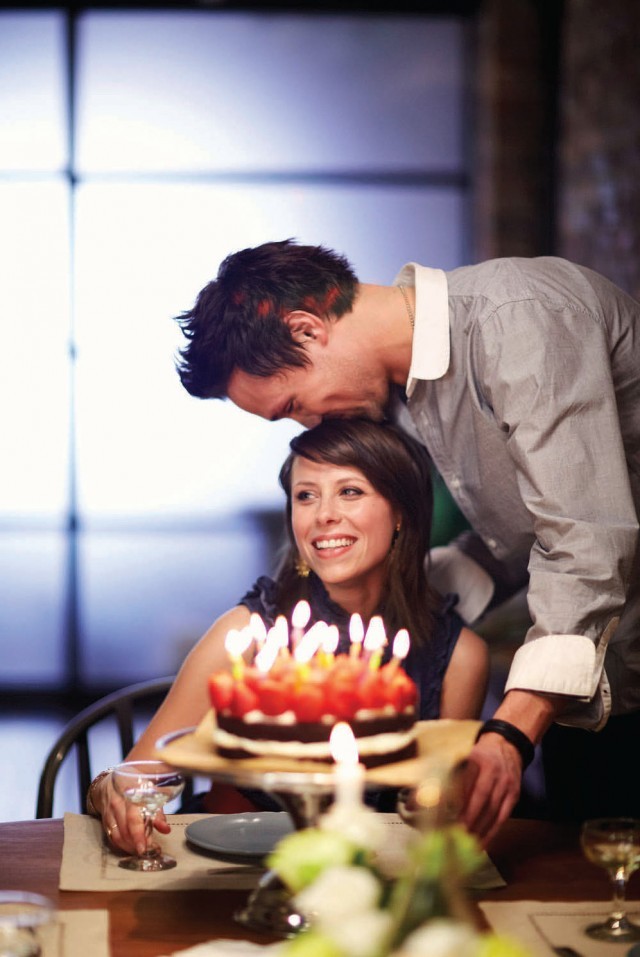 The best part of the day was about seven hours in, when it was revealed that this fictional gathering was actually a birthday party, and even better, I was the birthday girl. I sat at the head of the table while Mike brought out a stunning strawberry cake with candles lit. Everyone sang to me and cheered for me when I blew out all the candles. My heart raced and my eyes teared up all three or four times we did this. My joy was suddenly genuine. I knew it wasn’t actually my birthday because I wasn’t drunk or crying, but the enormous smiles on those strangers’ faces and the candles and the singing had touched some primitive part of my brain that made me feel feelings anyway. Even though we didn’t get to eat the cake, it was one of my better birthday parties.

As the shoot began to wrap up, I could not believe how tired I was. My face hurt from smiling. The photographer wanted one more solo performance from each of us, and handed us props. I really wanted the candle (I had some genius ideas about how to pose with it) and was barely able to hide my disappointment when I was handed two spoons instead. But by now we were 12 hours into the shoot—I was a seasoned professional and did probably my best work yet.

I have worked with the photographer on other castings since the shoot, but weirdly, he never asked me to model again. I never even saw the footage until a producer pal of my boyfriend Spencer came across videos of me while searching for stock footage. Spencer received them in an email with the subject line “Woman blows birthday candles, friends—NSFW.”  There were questions about my mysterious past. I posted the videos online. Everyone had a good laugh and my mom told me she was proud of me.

I’ve taken many odd jobs while hustling to make ends meet in New York. But my stint as a Getty Images model has given me something that no cocktail waitressing gig ever could: immortality. Those 200 dollars may be long gone, but somewhere in an Internet database, I will always be in my 20s with my hair meticulously straight-ironed, dancing with spoons and smiling like it’s my job. Because for one glittering, exhausting day, it was.

---
By Lauren Charkow
Photography by Shelby Ross
This article originally appeared in the April/May edition of BUST Magazine. Subscribe today!

Amy Schumer Shuts Down A Sexist Jab On Twitter