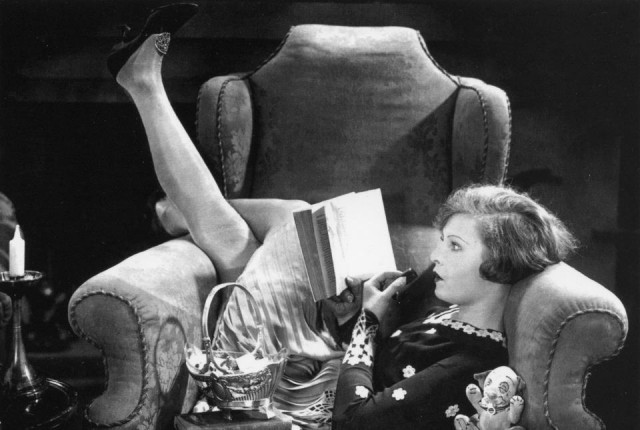 We've stocked our virtual bookshelf with our ten favorite books of 2015. Winter is the time of year to find solace in a book instead of outdoors, and we've made it easy for you. Plus, books make the perfect last-minute holiday gift. Browse the collection below (in alphabetical order) and find the perfect gift for your historical fiction obsessed friend, or consider finishing that memoir you have bookmarked. 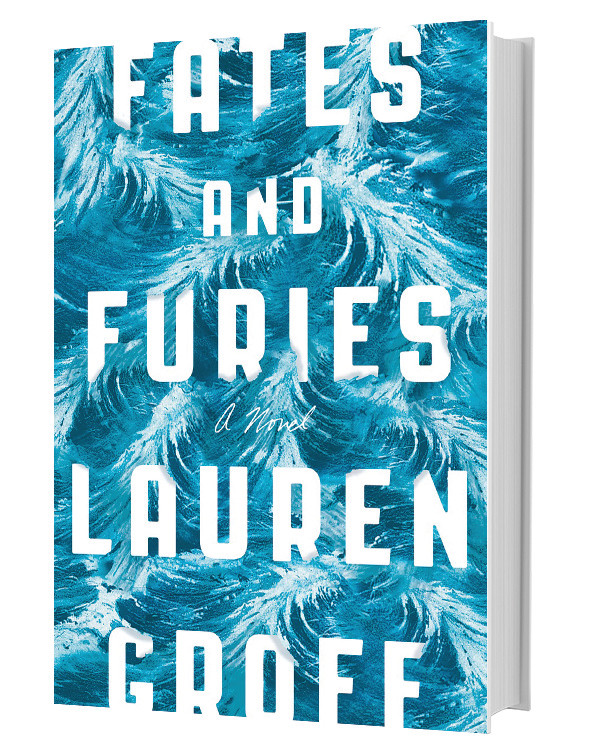 Fates and Furies: A Novel

Novelist Lauren Groff’s protagonists Lotto and Mathilde have a relationship that seems too good to be true. At just 22, the lovers marry, defying Lotto’s mother and losing his inheritance. But it’s clear from the start that nothing will stop him from achieving greatness. Over the course of their 24-year relationship, Lotto becomes a world-renowned playwright and Mathilde his great unwavering wife. But as Groff points out—using a quote from Gertrude Stein—the wives of geniuses are often more interesting than the geniuses themselves. Mathilde blends into the background of Lotto’s story, but halfway through, readers discover the real Mathilde, and she’s more complex than the sweet, truth-teller her husband has made her out to be. Groff has a knack for misdirection, casting Mathilde as the wife left behind, when she’s really out ahead: think a less murderous Lady Macbeth whose fingerprints are all over Lotto’s good fortune. The couple’s marriage is also more complicated than expected, as Groff masterfully reveals in the book’s final chapters—reminding her readers that ultimately, two halves always make a whole.
–Shannon Carlin 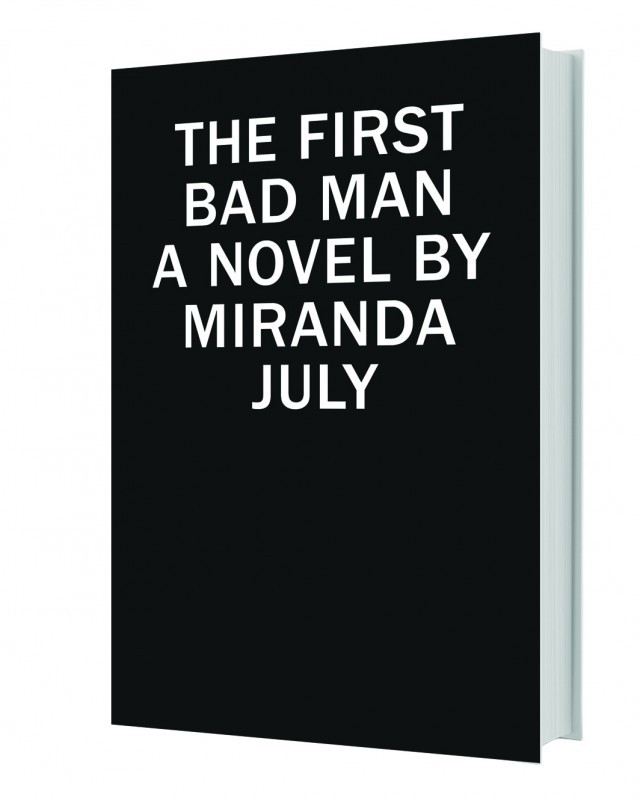 The First Bad Man: A Novel

Cheryl Glickman, the protagonist of the story, is a single, middle-aged woman consumed by her own neuroses and loneliness. Things begin collapsing for Cheryl when her older crush reveals a secret and her boss’ daughter moves in with her. Cheryl is by turns sympathetic and revolting, pulling the reader in with her longing even as her habits alienate. But as her routine falls apart under the weight of those around her, everyone else’s flaws become clear.

Through Cheryl’s eyes, July gently peels back the layers on each character to reveal the broken people hiding behind carefully constructed veneers of normality. There are many fine lines in the book, and July walks them gracefully. The First Bad Man explores desire, vulnerability, and need with a unique compassion. July treats her fragile characters gently, using her finely tuned sense of human nature to carry the story through a roller coaster of emotion without being over-the-top or jarring. Her characters aren’t heroes or villains, just imperfect humans.
–Bridey Heing 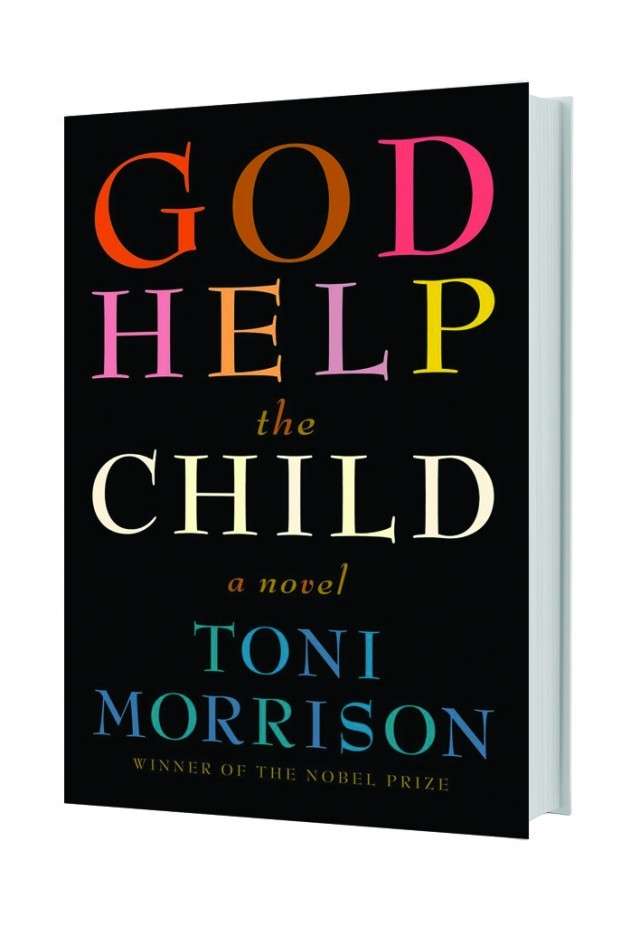 God Help The Child: A Novel

After a 45-year career and more awards than you can count, Toni Morrison is still as great as ever. Her 11th novel, God Help The Child, features multiple narrators centered around the story of Lula Ann, a young woman who now calls herself Bride. Bride transforms from a desperate child who was neglected by her mother because of the “midnight black, Sudanese black” color of her skin, to a successful woman with her own cosmetics line and a seemingly perfect man. But suddenly, everything goes wrong. An encounter with a woman from her past damages Bride’s confidence, beauty, and career in ways that change her life back into the one she used to have.At just 183 pages, this is a quick and engrossing read, but by no means a simple one. Morrison tackles racism, abuse, and neglect in many forms. She also highlights how the events of childhood can shape the rest of one’s life. As Bride’s mother, Sweetness, says, “What you do to children matters. And they might never forget.”
–Erika W. Smith 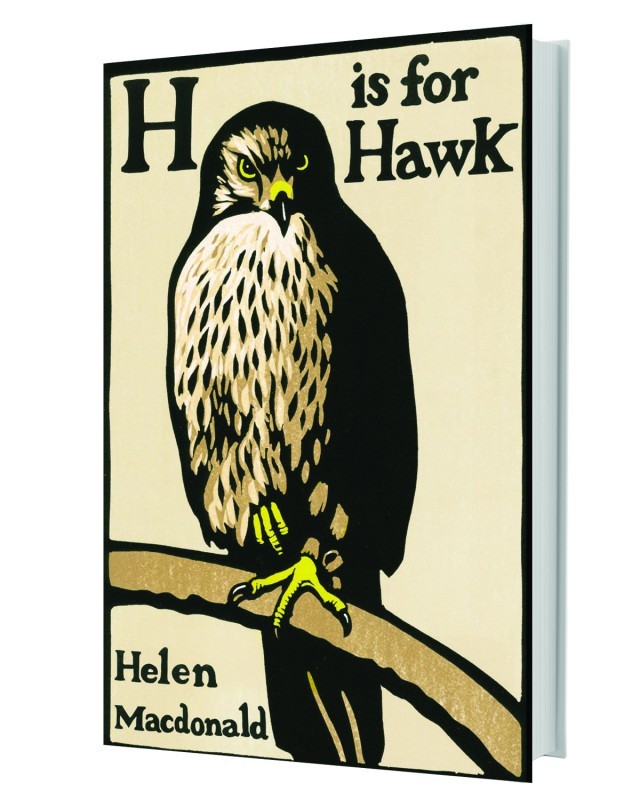 H Is for Hawk

Helen Macdonald is just like us. She’s a daughter, sister, and friend. She watches bad TV, smokes cigarettes, and writes. But she’s also an experienced falconer, having been fascinated by hawks since childhood. When her dad suddenly dies, she decides to raise a goshawk, an especially challenging species. The bird soon becomes her distraction and her guide. “The hawk was everything I wanted to be,” she writes, “solitary, self-possessed, free from grief, and numb to the hurts of human life.” Macdonald finds herself utterly lost in the wild, ferocious bloodthirstiness of hunting with her hawk, Mabel. She dives into her old falconry reference books, too, drawing largely from T.H. White’s The Goshawk to guide her. But the great gift of this part memoir, part nature essay, is that Macdonald makes this journey her own. She tells the story of a modern British woman mourning the loss of her father through the ancient and magical art of falconry, and she does it with humor and eloquence. It is a book only Macdonald could write, and how fortunate readers are that she has.
–Gina Marie Vasoli 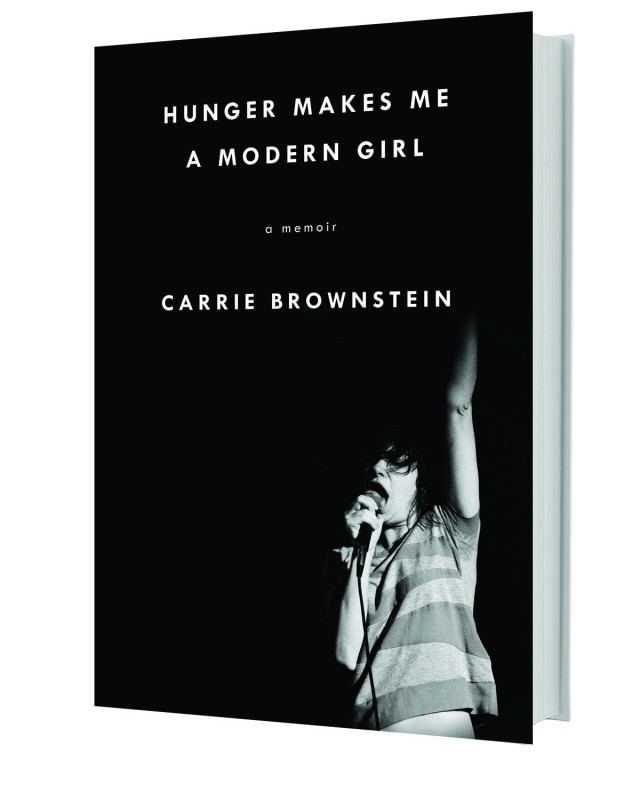 Hunger Makes Me a Modern Girl: A Memoir

The ’90s were an exciting time for feminism as the riot grrrl movement gave women a voice, both musically and politically. Among the bands of that era with the most staying power was Sleater-Kinney, a group whose skill and inventiveness earned them a devoted following for more than a decade. In this memoir, S-K’s guitarist and vocalist Carrie Brownstein (who later found a second career as a comic actress on the show Portlandia) details her experience in the band, the story of their rise to the top, and the stressors that ultimately led Brownstein to dissolve the group (at least for a while). Her story is a riveting peek inside the riot grrrl scene in Olympia, WA, and her writing is strongest when she describes the passion and sheer joy she experiences by connecting with music. –Adrienne Urbanski 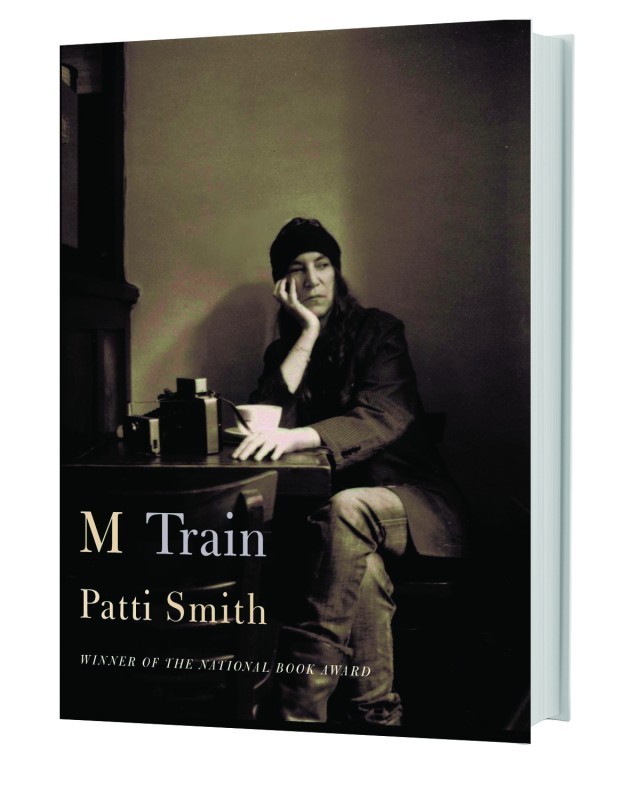 When Patti Smith—the high priestess of punk-rock poetry—won The National Book Award in 2010 for her early-life memoir Just Kids, she set a new literary standard for celeb autobiography. In this follow-up volume that tackles her later years, Smith’s style is much more abstract, meandering, and discursive, as she explores a variety of loves (coffee, TV crime dramas, travel, her husband) and losses (her favorite café, her favorite coat, her favorite boardwalk, her husband). Intellectually rigorous and generously layered with cultural references that will send readers bouncing between Smith’s prose and their Wikipedia app, M Train is the closest thing Patti Smith fans have to walking the world in her shoes.
–Emily Rems 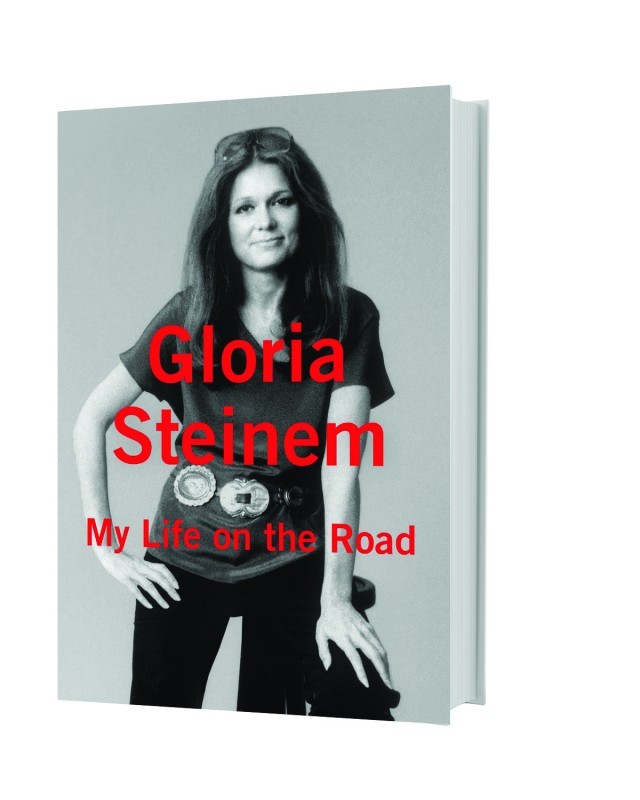 My Life On The Road

Gloria Steinem is a living feminist legend, having been present and active in some of the most significant movements of the last 50 years. In her latest book, she reflects on her life as a traveler. From her childhood traveling with her family to the constant question of settling down, Steinem recounts the places, people, and discussions that have defined her life, and illuminates the less-glamorous side of social change.

Steinem doesn’t tell her story chronologically, instead jumping around between experiences to illustrate larger themes of her time on the road. Whether it’s reflecting on the importance of college campuses or the reasons she doesn’t drive, Steinem is open about the moments when she learned hard lessons while fighting for women’s rights. Her narrative is ultimately the story of the United States, and her proximity to history is all the more striking as she shares the often haphazard, spontaneous, and even nerve-wracking moments that stand out in her mind. My Life On The Road is a sweeping portrait of change, through the eyes of a woman on the front lines of feminism.
–Bridey Heing 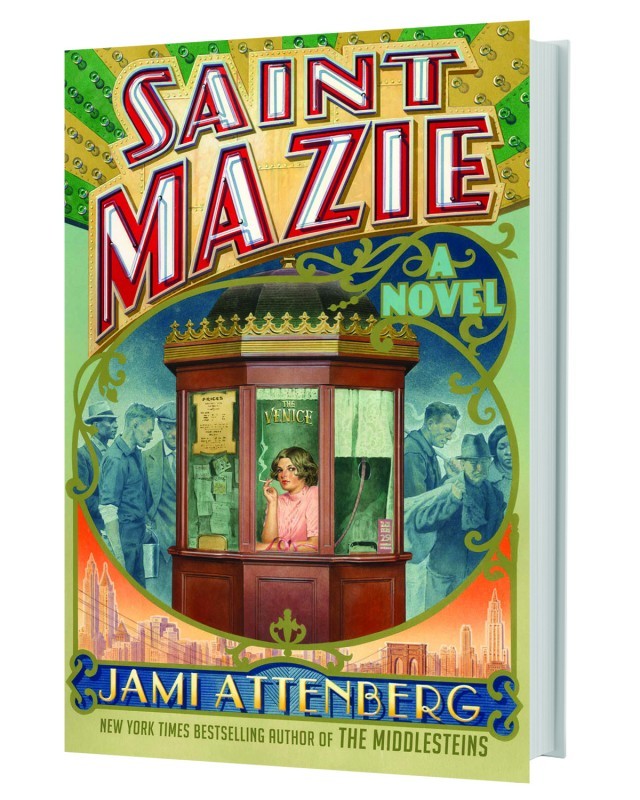 The most upsetting thing about Saint Mazie is also the most impressive: it’s a work of historical fiction, and the protagonist is primarily a product of author Jami Attenberg’s imagination. While she uses a 1940 New Yorker profile, “Mazie” by Joseph Mitchell, as a starting point, Attenberg spins her own tale about what life was like for quintessential New Yorker Mazie P. Gordon, before she became the “Queen of the Bowery.”

At the start of the epistolary novel, which mostly consists of Mazie’s diary entries, she’s a spunky, 20-year-old “good time gal” who reluctantly works in the Venice Theatre box office on the Bowery. But when the Depression hits, she inherits the Venice and uses her own money to care for the homeless who slump against the theater’s walls. Attenberg excels at developing Mazie’s voice as she grows from an impetuous, witty girl, into a shrewd-yet-selfless character. But the book is largely about the silent tragedies of womanhood, and the different forms love and loneliness can take. The term used most often in the book, besides “streets,” is “human being”—and that’s what Saint Mazie is most concerned with: how to be a human being.
–Maura Hehir 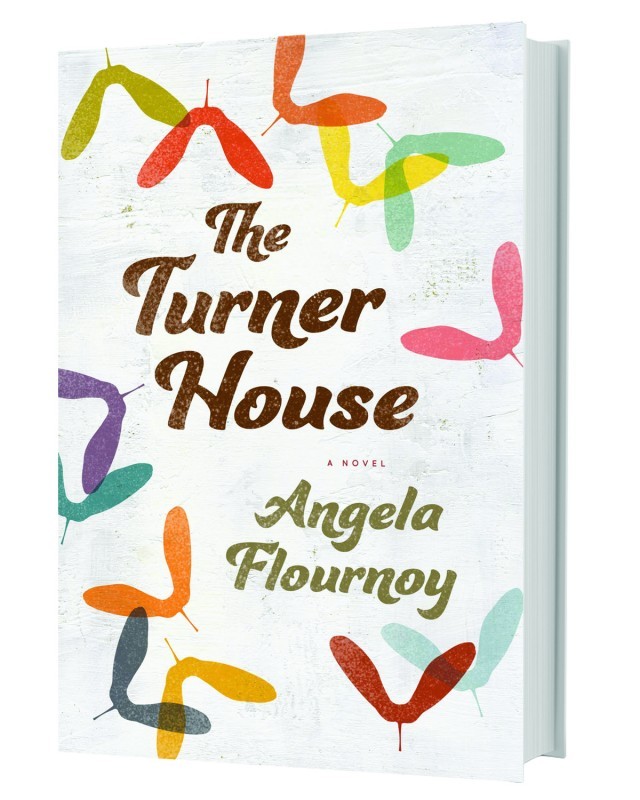 The Turner House: A Novel

In recession-haunted Detroit, the 13 Turner children find themselves haunted by their pasts as they face the death of both their matriarch and their childhood home. This beautifully moving novel focuses closely on the Turners still living in their beloved but sick city, primarily Lelah, the recently-evicted baby of the family with a gambling addiction, and Cha-Cha, who does his best to hold the family together in spite of his growing obsession with a ghost. The book intertwines tales of the Turners’ house—worth thousands less than what is still owed; their mother’s illness; and Cha-Cha’s haunting. But most of all, the protagonists of this story are Detroit as a gasping entity, and the family as a whole. When Cha-Cha first saw his “haint” as a child, his father declared, “There ain’t no haints in Detroit.” But as this tale unfolds, it is revealed that spirits of the past indeed linger on, weaving together a family and a city and a house. This book is deeply personal but also clearly representative of one American city’s hope in the face of tragedy.
–Ann Mayhew 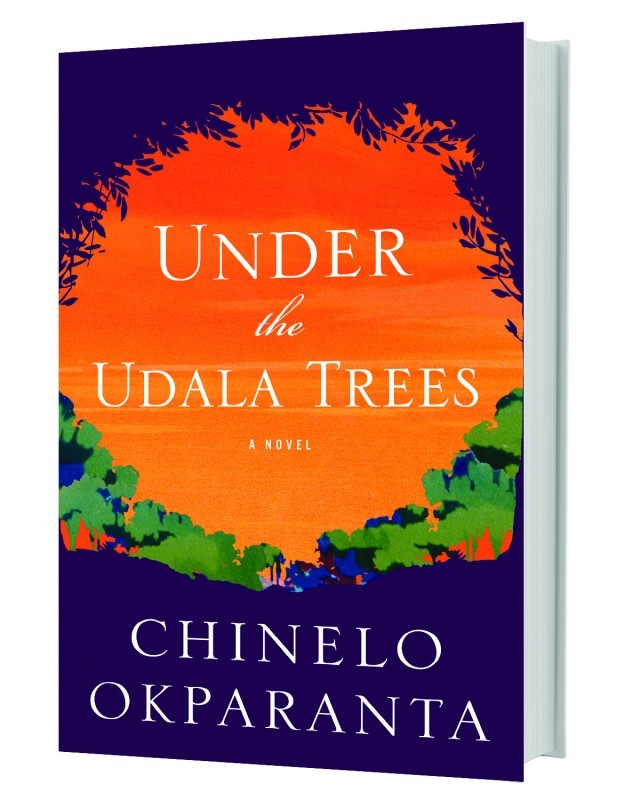 Under the Udala Trees: A Novel

Set half a century ago during the Nigerian Civil War, Chinelo Okparanta’s debut novel nonetheless could not be more urgently needed in 2015. Ijeoma, the unforgettable heroine, is sent to live as a housegirl for her parents’ friends after a war-related trauma befalls her family. She crosses paths with a vagrant girl from the ethnic community against whom her people are at war—and in the middle of all the suffering and upheaval, the two teenagers fall in love. With poetic and lean prose, Okparanta muses on that age-old subject in a way that feels salient and new: “Maybe love was some combination of friendship and infatuation,” she writes. “A deeply felt affection accompanied by a certain sort of awe. And by gratitude. And by a desire for a lifetime of togetherness.”

An author’s note reminds readers that in Nigeria, a 2014 law criminalized same-sex relationships, making them an offense punishable by up to 14 years in prison or death by stoning. It is truly a punch to the gut after reading this beautifully-paced story about the high stakes of living one’s truth.
–Maura Hehir

7 Grown Up Coloring Books To Keep You Busy This Winter