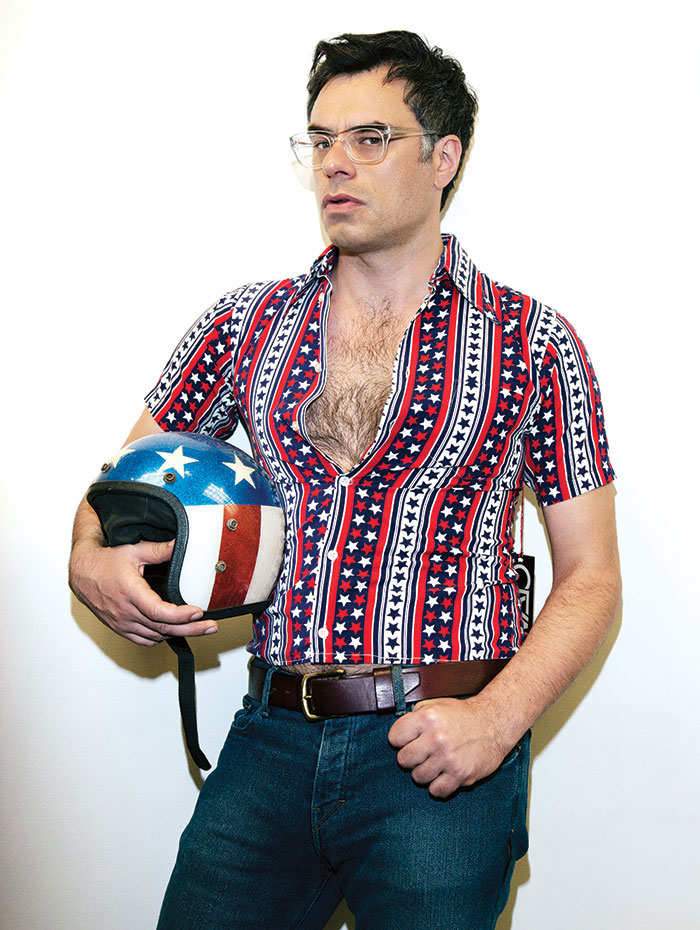 Jemaine Clement is wearing a vintage red, white, and blue crop top when I meet him at the Claw Money shop in N.Y.C. where our photo shoot is taking place. It's exactly the kind of silly outfit that could easily have been worn by his character in Flight of the Conchords, the hilarious HBO comedy series that Clement, along with his writing and music partner Bret McKenzie, wrote and performed in from 2007 to 2009. The show brought the pair instant stardom and an army of female fans, so it was a shock when they announced, at the height of their fame, that they would not be coming back for a third season.

Six years later, Clement lives with his wife and son in Wellington, New Zealand, where he's from, and he's keeping super busy.

Over sushi, the 41-year-old actor tells me how his life has changed post-Conchords. “I can do other things now,” he says. “When [Conchords was in production] we never had a break.” He’s also enjoying having a bit less fame. “I couldn’t handle it at the level it was,” he says. “In the States it was OK, but in New Zealand it was unbelievable. We were always on the news. We were always being followed. But now it’s nice.”

However, his fame might soon be on the rise again, given the number of projects he’s involved in. First up is the August release of the indie film People Places Things. In it, Clement stars as a recently divorced man who’s adjusting to being a single dad to young twin girls. He’s a graphic novelist who teaches at SVA, and when one of his students, played by Jessica Williams, tries to set him up with her mother, he agrees to give it a go. Clement’s performance is convincing and nuanced, and Variety even said it proved him to be “a serious leading man.”

"The mixed race thing in the film, which gets brought up a lot, would never even be mentioned in New Zealand."

One of the nicest things in the film is that, although there’s a romance between Clement and a woman of color, that fact is never brought to bear on the story. It’s an issue that’s important to Clement, whose mom is Maori. I ask if he’s ever experienced racism in New Zealand as a result. “No, because I’m fairly light-skinned,” he says. “To me, [being bi-racial] is a great vantage point. Brown people and white people think the same thing of each other. White people think brown people are thieves; brown people think white people take their things.” Nevertheless, he says, his homeland has “less racism than anyplace else I’ve seen.” In fact, he adds, “The mixed race thing in the film, which gets brought up a lot, would never even be mentioned in New Zealand.”

It’s great to see Clement finally being cast as a romantic lead, and he seems comfortable with his status as a lady magnet. “I’m fine with it,” he says. “It’s kind of what you hope for when you learn guitar.” His wife, on the other hand, might have a different opinion. “Sometimes she doesn’t like it. Definitely,” he says, when I ask him how she handles all the attention he gets from women.

His wife isn’t the only family member who’s had issues related to Clement’s fame. His seven-year-old son had some feelings about his dad playing the father of two girls who are the same age he is. “When we went to the premiere,” he says, “whenever I was acting with the girls, he would put his arm around me. He wasn’t necessarily jealous, but there was something going on in his mind.” 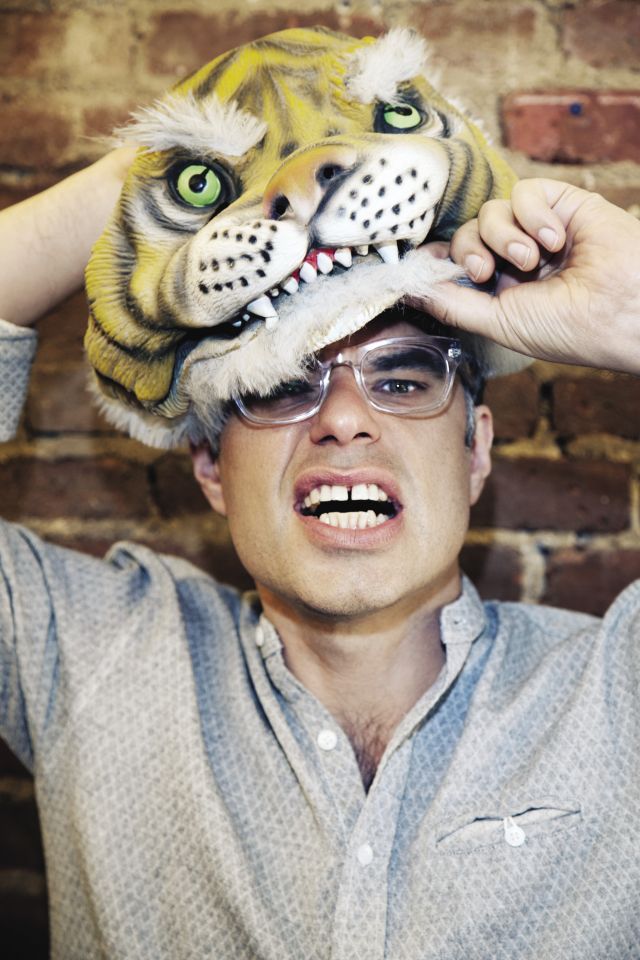 In addition to People Places Things, Clement’s recently seen success with his vampire mockumentary, What We Do In The Shadows, which he made with his friend and frequent collaborator,Taika Wakiki. So what’s going on with Bret? “We’re still friends,” he assures me, adding, “our kids hang out together.” As for rumors of an upcoming Conchords tour, Clement says it’s been postponed because of his role in the Steven Spielberg movie The BFG. “One reason I work with Taika, and not so much Bret,” he adds, “is Bret hardly ever answers emails. He only answers like one in every four emails.”

Despite that, Clement and McKenzie are writing a comedic miniseries for HBO that will be filming next year. He’s also set to play Sarah Jessica Parker’s boyfriend in her upcoming HBO series, Divorce. I ask if he’s hoping to get more leading man roles. “I’m not hoping to, but I won’t be as afraid of doing it as I used to be,” he says. So does he have any leading ladies in mind? Without a moment’s hesitation, he gives the kind of answer that explains why so many women adore him. “I’d love to be Rebel Wilson’s boyfriend.”

Tags: flight of the conchords , Broadcast , from the magazine , jemaine clement , boy du jour , talk tuesday , Tuesday Talk
Support Feminist Media!
During these troubling political times, independent feminist media is more vital than ever. If our bold, uncensored reporting on women’s issues is important to you, please consider making a donation of $5, $25, $50, or whatever you can afford, to protect and sustain BUST.com.
Thanks so much—we can’t spell BUST without U.