Details
BY stephanie ganz
IN Eat Me
Published: 07 July 2022 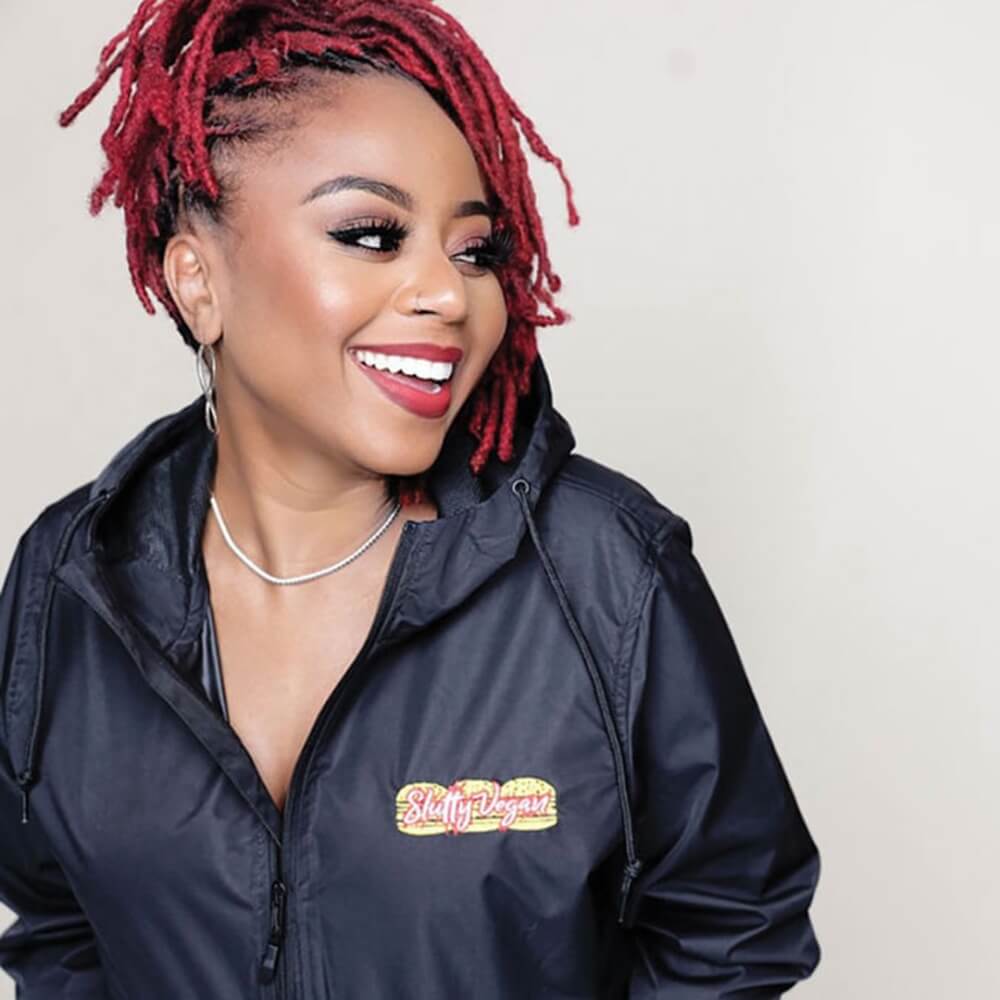 She started slinging her burgers—with cheeky names like the classic Fussy Hussy and bacon-topped One Night Stand, both slathered with Slut Sauce—on Instagram in 2018. Now she has a food truck and four “bangin’ plant-based” brick-and-mortar locations in the Atlanta area, with plans to expand to Athens, GA; Birmingham, AL; Baltimore, MD; and Brooklyn, NY.

But Cole’s politics go beyond the plate. She’s purposefully opened her restaurants in food deserts, and she created the Pinky Cole Foundation to support aspiring entrepreneurs of color in the hopes of bridging the generational wealth gap. She also uses her platform to motivate people to vote, get active in local politics, and yes, eat vegan food. “Now vegan is hip-hop. It’s urban. It’s cool. All the things you never thought it would be,” says Cole, whose burgers have been eaten by the likes of Megan Thee Stallion, Justin Timberlake, and Snoop Dogg. Cole’s food, which is infused with the ingredients of her Jamaican roots, is made with meat-eaters in mind, and Cole is quick to point out that 97 percent of Slutty Vegan’s visitors are omnivorous. “I ain’t mad at it because if I can get you through the door and get you to like vegan food, then I know the intention was met.”

Cole’s first cookbook, Eat Plants, Bitch: 91 Vegan Recipes That Will Blow Your Meat-Loving Mind, comes out this fall and includes recipes for plant-based comfort foods like egg rolls, cheesesteaks, and street corn. But Cole says the labels around the food are less important than the impact. “Labels separate us,” Cole explains. “Why can’t food just be good?” –Stephanie Ganz

“I make my soups and smoothies in my Vitamix. I love to create my own sauces.”

Cole swears by I Can’t Believe It’s Not Butter’s vegan variety, Daiya Cheddar Style Shreds, Unsweetened Silk Almond Milk, Grace Coconut Milk, and of course, nutritional yeast to complete her vegan pantry. “I have a true vegan’s kitchen. I read the back of every box because I’m mindful of what I consume.”

“I’m Jamaican, so I love pimento seeds, Jamaican peppers, and thyme, and I put garlic in literally everything.” 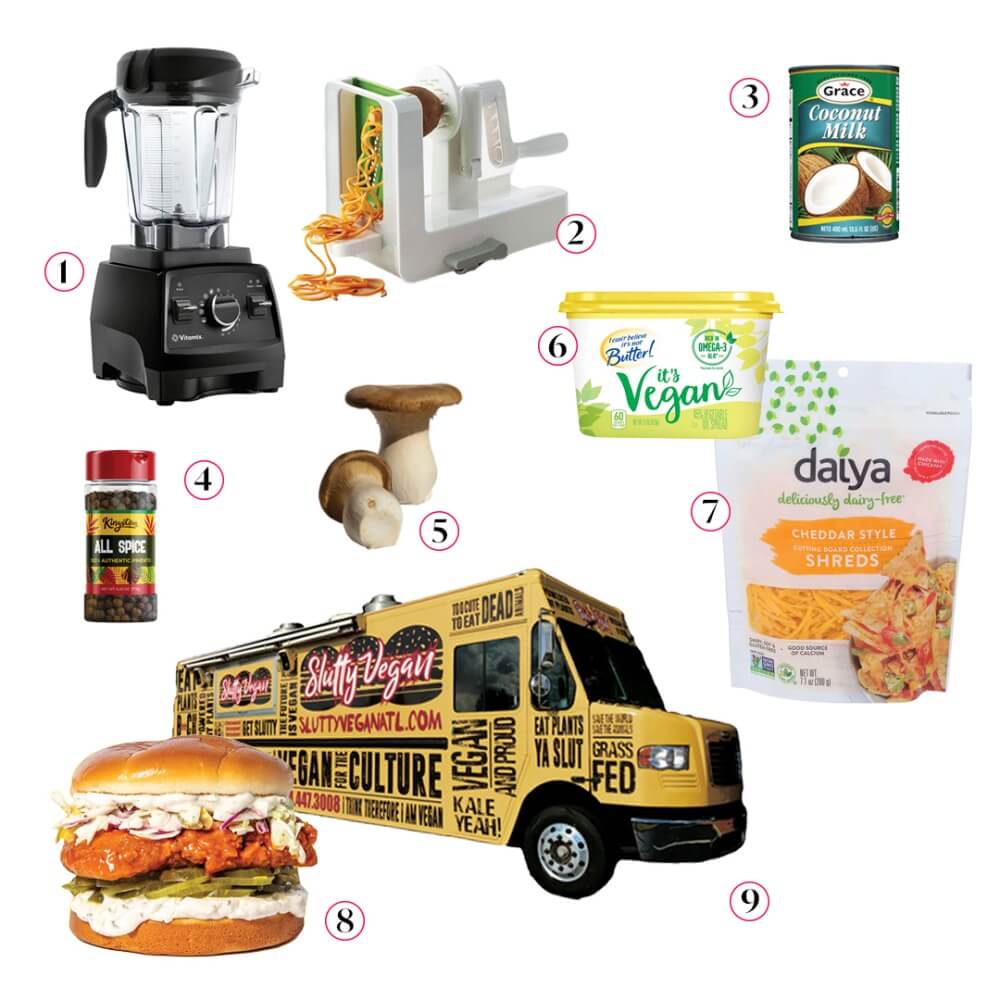