Details
BY Chef Rossi
IN Eat Me
Published: 10 September 2021 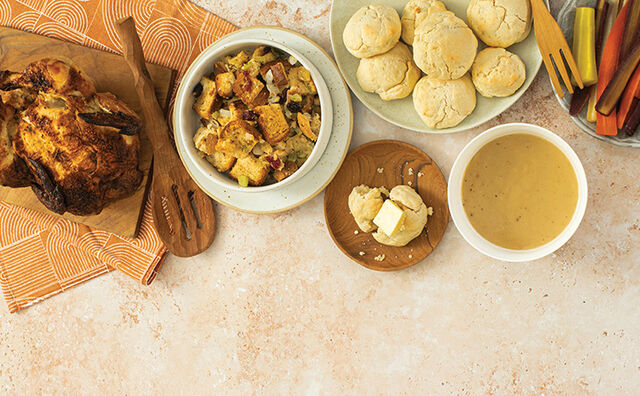 I used to love devouring anything made out of flour (especially a bread basket). I’d feel great for 20 minutes, then start coughing like a cat with a furball. I met a naturopathic doctor who said, “You’re allergic to wheat.”

I said, “No pizza, no pasta, no bread? Couldn’t I just be allergic to sex?” When I stopped eating wheat, I felt lighter, younger, healthier, and happier. But Thanksgiving can be particularly hard for us gluten-free folks. I can usually eat the turkey, but not with gravy. I can have the potatoes, but not the stuffing. I can never have the biscuits. So now, I make my own versions of everything I love—without the wheat.

Cut a loaf of gluten-free bread (almost any kind will do) into cubes and leave it out to get stale for a day. In a bowl, cover a heaping handful of golden raisins (or currants, dried apricots, or Craisins) with hot water. Sauté 1 chopped yellow onion and 3 chopped celery stalks in butter or oil. When soft, stir in a minced handful of garlic, a smidgen of dry or fresh chopped thyme, and a good pinch each of salt and fresh ground pepper. Cook for a few more minutes. Drain the raisins; save the liquid. In a bowl, toss the bread cubes with the onion mixture, raisins, a bit more salt, and 2 coffee cups of chicken or veggie broth. If things look dry, add some raisin water. Pour everything into a deep baking pan that was sprayed with non-stick cooking spray. Bake at 350 degrees F for about a half-hour, or until golden and glorious.

Mix 2 coffee cups gluten-free flour, 2 smidgens baking powder, a nice pinch of salt, and a little pinch of sugar in a food processor. Cut a stick of very cold sweet butter into little pieces and toss in a bit at a time. Pulse until it looks like floury peas, then dump in the bowl of a mixer. Mix in a little more than a coffee cup of cold milk till you have a nice dough. Drop by dollops onto a parchment-lined baking sheet. Bake at 450 degrees F for about 15 minutes. 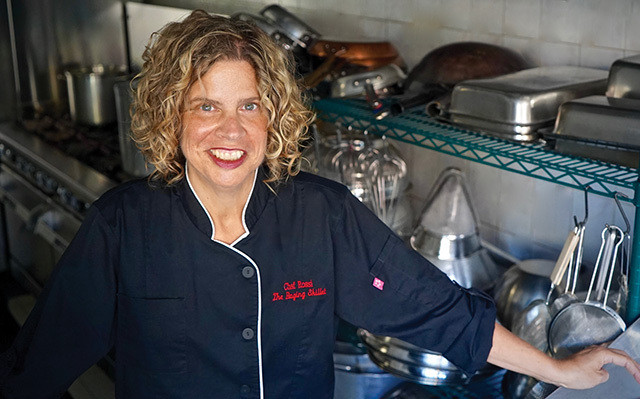