7 Best Tips For Going Vegan Easily And On A Budget: Advice For Anyone Who Wants To Eat in a More Environmentally Friendly Way

Details
BY Vanessa Wolosz
IN Eat Me
Published: 22 December 2020 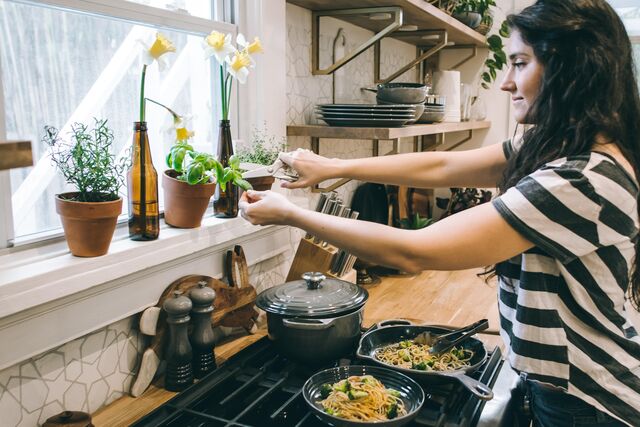 Due to environmental concerns, I’ve been a vegetarian for the past decade. Now that I’m responsible for my own food shopping and meal preparation at school, I’ve been taking steps towards going completely plant-based. Or, at least, consuming more plant-based foods. Fortunately, one of my roommates this year is already vegan, so I was in an environment conducive torward this kind of dietary shift. Here are some tips I’ve learned for going vegan without too much stress or breaking the bank.

Don’t worry -- this isn’t an attempt to force you to give up meat. Instead, here are just some ways to incorporate more plant-based meals into your diet And if you’re interested in completely shifting your diet go completely plant-based, this is a good place to start. Whether you’re a college student or just trying to reduce your grocery spending, eating vegan can be accessible. 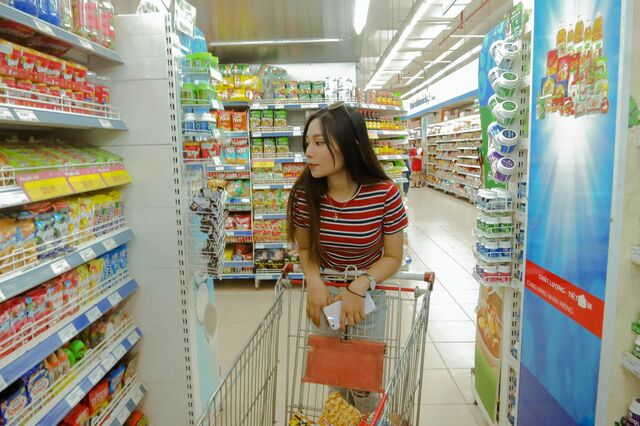 Photo via Phuong Tran on Unsplash.

Given the fact that I was already a vegetarian, being just slightly more selective in my meal choices wasn’t going to be as challenging as it would be if I were going from regularly eating meat to completely cutting it out of my diet. Since I haven’t had it in so long, I don’t really crave meat anymore (no, not even bacon). If you are considering eating plant-based, I recommend taking it in steps like this, rather than turning your eating habits completely upside-down. It might make for an easier transition, and you can gauge how economical each stage would be for your budget.

Moreover, I haven’t really had, like, a glass of milk since I was a kid. So, switching over to oat milk was super easy. In fact, I like it way more than cow’s milk. You can switch out different foods as you see fit, asking yourself which animal products you actually enjoy over which ones you’re just used to consuming. If you’re worried about how pricey these types of things can get, you can actually make your own plant-based milk of choice at home. Making oat milk is super easy, and dirt cheap. I use it to make oatmeal and for my coffee.

2) You Don’t Have to Eat Meatless Meat

If you’re eating mostly whole foods, and only using vegan “meat” products occasionally, I’ve found it to be very cost-effective to go meat-free. Instead of purchasing, say, Beyond Meat or some other meat alternative, making something using lentils, beans, or nuts can be just as effective for getting enough protein in your diet. Imitation meat is almost always quite expensive, and is at least part of the reason that going vegan seems so inaccessible. This past semester, I made sure to try a new dinner recipe every week so that I could learn how to use vegan-friendly ingredients in new and interesting ways without hurting my wallet. My favorites so far have been this red lentil curry and this vegan sushi bowl because they’re adaptable to whatever vegetables I have, and include ingredients like red lentils and edamame. If you really miss meat, you can also try your hand at making your own seitan, a meat substitute that's mostly just vital wheat gluten and chickpea flour.

trying to be at this level of vegan. pic.twitter.com/KnOlCChblm

One thing that I did have trouble with was an onset of brain fog. If you’re going vegan, make sure you talk to your primary physician about taking supplements so that you’re getting all your necessary vitamins and minerals. Vegans tend to be deprived of a few key nutrients. Although veganism is a safe route for many people, you shouldn’t let your health suffer in pursuit of any lifestyle. Instead of wasting money buying vegan foods that satisfy literally every deficiency you may have, talk to your doctor about which vitamins may be easier to come by in capsule forms.

And if you’re worried that going vegan means only eating health food, don’t sweat it. If there’s a will, there’s a way. This past semester I spent a lot of time stress-baking, and there are so many vegan recipes for pretty much anything you want, just a few clicks away. I recommend checking out the vegan-friendly recipes from the Minimalist Baker for accessible treats. You don’t need to buy specialty ingredients most of the time, you just need to be creative with what you do have. Plus, there are a bunch of incidentally-vegan snacks available at your local 7/11. Salt and vinegar chips are my go-to, and Oreos are also surprisingly 100% plant-based. Takis, too.  There's little need to seek out costly vegan snacks. 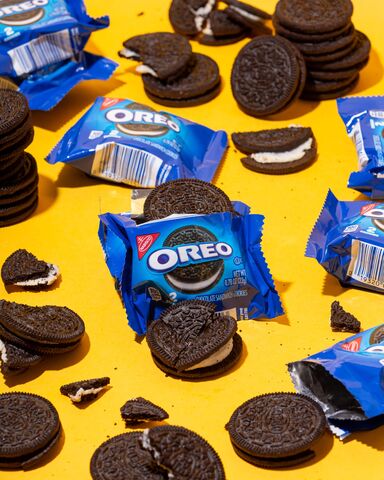 Photo via The Creative Exchange on Unsplash.

5) Research Menus Ahead of Time

Although you’re probably not really going out with friends right now, I’ve found ordering in to be a feasible option most of the time. Usually, ordering curry or sushi, you’re bound to get a few decent vegan options. Even a steakhouse is bound to have a veggie burger or two on the menu these days. And when you’re eating out, getting the vegan option is, I’ve found, usually less expensive than many of the meals that include meat or fish. Chipotle doesn't even make you pay extra for guac if you're getting the veggie option!

me when the restaurant has more than one vegan option https://t.co/QCqgPOHK9E

Vegan cheese though… vegan cheese is not good. Try to just forget about cheese. Sometimes melted Daiya is all right. Otherwise, sprinkle some nutritional yeast on your pasta and call it a night. Maybe someday we’ll get there, but not today. Vegan cheese is way too expensive for its quality.

Lastly, what I’ve learned over the past few months is not to be too hard on myself. There are days when I just need to eat a grilled cheese sandwich, and there are times when the closest you’re going to get to a vegan option is actually just vegetarian. And that’s fine. Eating enough and eating well is far more crucial than being overly strict in what you put into your body. Given that I’m back home for the holidays at the moment, I have a lot less control over what kinds of foods are available to me. So, for the time being, I’ve reverted back to just being a vegetarian. And that’s fine with me because I’m trying my best with what I have. If you find some vegan options too expensive, or that it’s not feasible for where or how you live, then try finding a happy medium for your diet. Being a pescatarian or a vegetarian are valid options, too.

12 Vegan Macaroni & Cheese Recipes To Eat All Year Round

Tags: veganism , vegan , budget , recipes , diet , vegetarian , pescatarian , college life , ecofeminism
Support Feminist Media!
During these troubling political times, independent feminist media is more vital than ever. If our bold, uncensored reporting on women’s issues is important to you, please consider making a donation of $5, $25, $50, or whatever you can afford, to protect and sustain BUST.com.
Thanks so much—we can’t spell BUST without U.