Details
BY BUST Magazine
IN Eat Me
Published: 30 October 2020 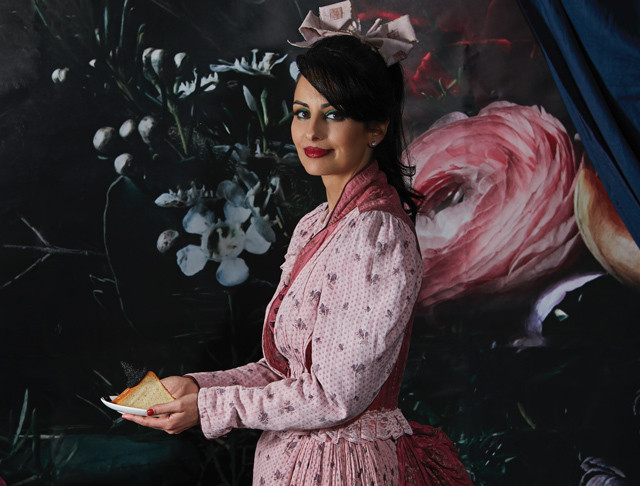 If you watched the most recent season of The Great British Baking Show, you saw Halloween-loving contestant Helena Garcia make matcha-flavored wicked witch fingers, a ghost-shaped almond cake decorated with lavender buttercream flowers, and a blood-red velvet cake adorned with bat wings, pink piping, and white chocolate fangs before she was unceremoniously eliminated in Episode 5. What you didn’t see was the new mom (her daughter Flora is now two) pumping breast milk off-camera between challenges. “I lost all sense of decency,” the 41-year-old says with a laugh from her home in Leeds, England. “They gave me a hand pump so I could hide underneath my kitchen and just start pumping milk if I needed to.” Garcia even baked through the pain of mastitis, which probably helps explain her calm in the face of the tent’s stressful environment. (What’s a steely stare from Paul Hollywood when you’ve endured an inflamed mammary gland?) But it wasn’t just Garcia’s spooky bakes that made viewers fall head over witchy heels for her. Her outfits served gothy vintage realness (she’s dressed for bed in a ’50s-housewife nightie when we speak), her camaraderie with host and kindred dark spirit Noel Fielding was delightful, and her offhanded quips were comedy gold (“They come to me cause I’m dead,” she deadpanned when judge Prue Leith swept a small fly from her hair). Now Garcia has a brand-new book, The Wicked Baker: Cakes and Treats to Die For, full of recipes that showcase her sweetly sinister aesthetic (including the coffin-shaped cakes on the following page). 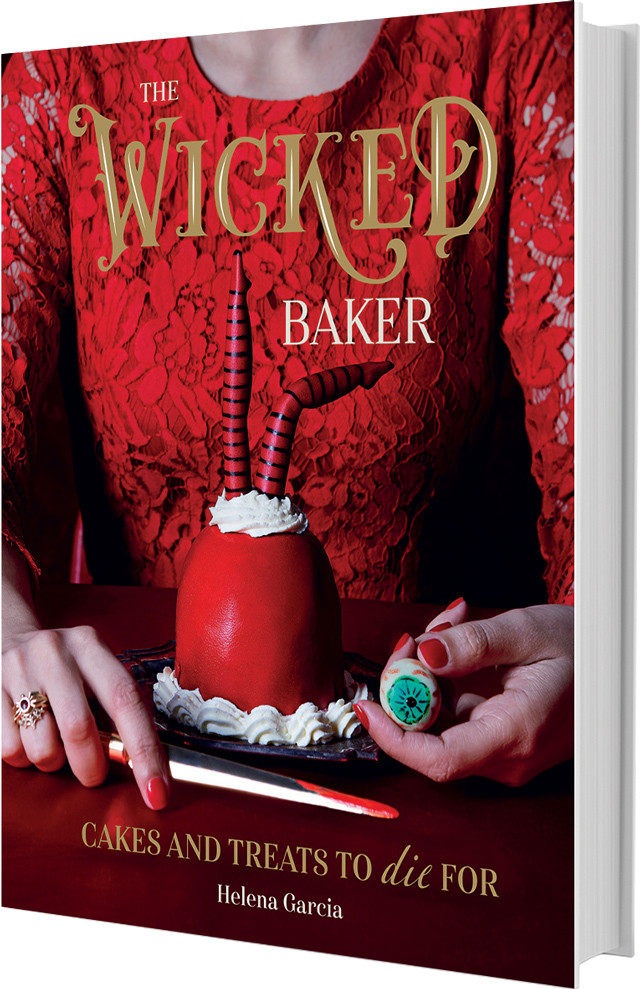 Growing up in the Canary Islands, Barcelona, and then just north of Madrid, Garcia says she was always interested in cooking and prone to witchy things like cottage living, foraging, and making potions with herbs. But it wasn’t until high school, when the atheist spent a year as an exchange student living with a Mormon family in Las Vegas (whom she still keeps in touch with), that her love for Halloween, and baking, truly blossomed. “I was 17 years old and I insisted that they take me out trick-or-treating. All the garages were turned into haunted houses, and I was just blown away. Look at what they did to me! They created a lifelong obsession,” she says with a laugh. Since then, she’s added “Halloweenie touches” to everything—her cookies, cakes, and pastries of course, but also her clothing, making buttons in the shape of bats or embroidering a spiderweb on a skirt. “It’s not just my baking,” she says. “I give a spooky-but-feminine twist to pretty much everything that I do.” –Lisa Butterworth

These individual cakes are decorated with swirls of pastel buttercream and remind me of the 1970s’ revival of Edwardian fashion—frilly, lacy, and fancy. What’s not to love? The sponge is my go-to vanilla cake recipe, which is wonderfully moist and uncomplicated, but so delicious.

2. Beat the butter, oil, and sugar in a stand mixer, or use a handheld electric whisk, until light and fluffy.

3. Add the sour cream, milk, and vanilla, and beat until combined, then add the eggs, one by one, mixing well between each addition. Add the flour, baking powder, baking soda, and salt and mix, scraping down the sides and base of the bowl occasionally, until completely combined. Do not overmix.

4. Pour the batter into the prepared tin and bake for 20–25 minutes until a toothpick comes out clean.

5. Leave the cake to cool slightly in the tin, then tip it out onto a wire rack and leave until completely cooled. Level the cake with a serrated knife.

7. To make the buttercream, beat the butter in an electric mixer until light and fluffy. Add the confectioners’ sugar, sour cream, vanilla, and salt, and continue mixing until everything is incorporated.

8. Divide the buttercream among 4 different bowls and add food coloring to 3 bowls. Make sure you add the color a little at a time as we are going for pastel shades here. Reserve the white buttercream to use for decorative scrolls and lines.

9. Apply pastel buttercream to the sides and top of each coffin cake and decorate with white buttercream. The designs are up to you; I did a cross for one and a grid pattern for the other two. 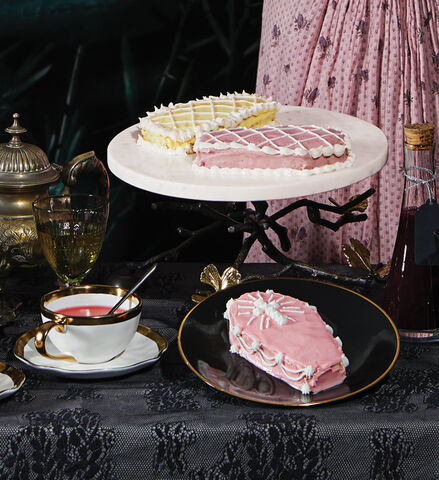 Reprinted with permission from The Wicked Baker: Cakes and Treats to Die For by Helena Garcia (Quadrille). This article appeared in the Fall 2020 print edition of BUST Magazine. Subscribe today!

Tags: helena garcia , great british baking show , baking , halloween , cookbook
Support Feminist Media!
During these troubling political times, independent feminist media is more vital than ever. If our bold, uncensored reporting on women’s issues is important to you, please consider making a donation of $5, $25, $50, or whatever you can afford, to protect and sustain BUST.com.
Thanks so much—we can’t spell BUST without U.