Details
BY Nick McManus
IN Eat Me
Published: 17 July 2020 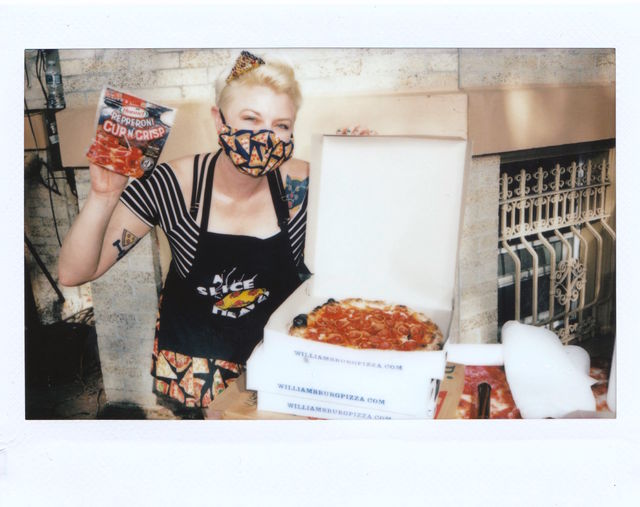 Locked down pizza fans across the nation have had to go without their smoky, fresh Neapolitan pies from their favorite restaurants. Though most pizzerias have stayed open during the pandemic, eating a to-go slice is nothing like sitting at a nice table having it served al fresco. New York pizza maven Shealyn Brand saw what was missing and is working with Hormel Foods to bring the fanciest of pizza into our very own homes.

"I suppose I always loved pizza," Brand told BUST. "Like a friend just shared a pic from my high school yearbook circa 2003 and of course, I’m eating pizza!" After college, she worked her way from the bottom up in downtown L.A.'s restaurants and followed the natural progression to management. "My work took me to 2017's Pizza Expo in Las Vegas where I met Nino (Coniglio, co-owner of Brooklyn Pizza Crew) and made the move from my home in Southern Cail to New York. Through Nino, I got a fast track into the local pizza industry from up here and down to Atlantic City where I judge the annual Caputo Cup."

Their love grew in Brooklyn and culminated at last year's Pizza Expo, where Coniglio proposed marriage in front of hundreds of people. The two were set to tie this knot at this year's Expo in April, but the pandemic nixed that. "It was a major bummer to lose our dream pizza wedding in Vegas," Brand said. "But you can't complain because other people's lives were lost. It could always be worse so I won't dwell on it."

At home in Bushwick, this pizza power couple has literally kept their home fire burning with the help of their own wood stove and a new pepperoni made for those baking their own pies. Hormel Foods has introduced their Cup n' Crisp topping with the hope of bringing the restaurant experience into anyone's home, and even an old pro like Coniglio was impressed. "When people wanted pepperoni like this I told them to literally go to a pizzeria and get it from them," he said. "You couldn't find this stuff in stores for years and look, it pops up like I'm making it at the shop." 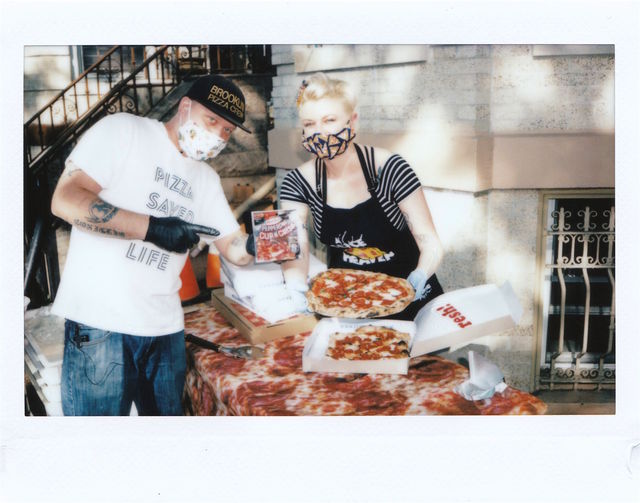 Shealyn Brand with fiancé and Brooklyn Pizza Crew co-owner Nino Coniglio as they make pizzas for their neighbors in Bushwick, NY

"Hormel reached out to us in March about being part of thier new campaign," Brand added. "The classic grease-cup style is my absolute favorite pepperoni and this promotion brings me back to being a waitress when I would be honest with people about recommending a dish."

Catching up with the Brand and Coniglio on Memorial Day, we sampled the fresh pies they were making for their hunkered-down neighbors. Their contactless delivery system, which even sent one pie two flights up with twine, was just as impressive as their generosity and sense of community. "Once a month we fire up our oven and make pies to hand out for the neighborhood as a way of spreading love and positivity on the block," said Brand. "And Halloween is our big night, I'm a super scary gal on that holiday and instead of candy we hand out pizza. Our line goes down the block from our oven, which was a gift from our friends at ilFornino in upstate New York. It was too big to install in the backyard so it ended up here which was really meant to be."

In addition to Hormel, Brand also rocks a collection of pizza-inspired dresses from designer Lynn Freisen in San Diego. "I'm known for my crazy pizza clothes and Lynn custom makes them under her label Lynn's Rags. Supporting other women is important and I'm also a founding member of Women in Pizza that promotes female presence in the industry."

Though her personal ensemble is focused on pizza, Brand isn't lost on the happiness she hopes her pies can bring to the rest of the world. "There is so much going on right now and pizza is positivity. Everyone loves it, and we all know 2020 can use some damn positivity." 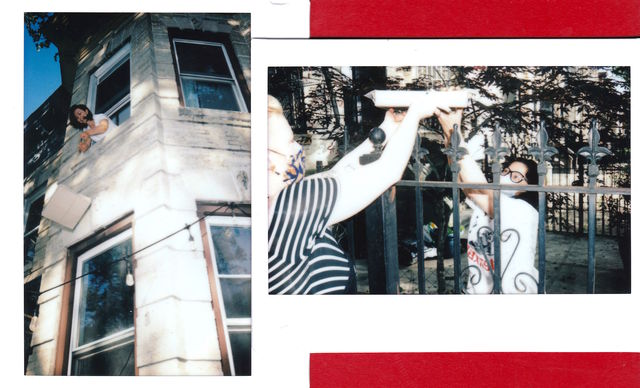 Which Ice Cream Flavor Should You Try, Based On Your Astrological Sign?