Details
BY Grace Weinberg
IN Eat Me
Published: 23 June 2020 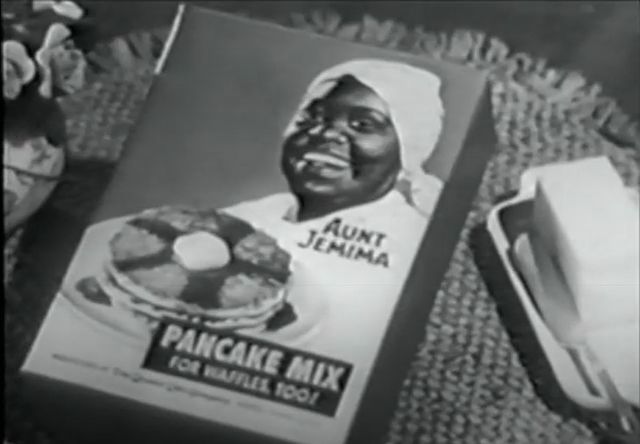 Amidst the protests responding to the murder of George Floyd, a Black man killed by a white police officer in Minneapolis, corporations are reckoning with the racist histories and caricatures rooted in many of their brands and logos. Quaker Oats, the subsidiary company of Pepsico, announced on June 17 that they would be retiring their Aunt Jemima products after 131 years.

Other companies soon followed their lead. B & G, the owner of Cream of Wheat, stated that they were “evaluating our packaging” in an email to The Washington Post. Mars, the corporation behind Uncle Ben’s rice, and Conagra, the maker of Mrs. Butterworth’s maple syrup, have announced their rebranding plans as well.

This news suggests that not only are the protests effectively enacting change, but the extent to which companies are incentivized by profit. If Quaker Oats really cared about racial justice, they would have gotten rid of the Aunt Jemima brand at some point in the 131 years it’s been on shelves. They’ve also failed to acknowledge the origin of the brand itself and the real women who posed as Aunt Jemima.

Nancy Green, who was born into slavery in 1834, was recruited by the Davis Milling Company to wear a headscarf and apron as “Aunt Jemima” while serving pancakes to a largely white crowd at the Chicago World Fair in 1893. She worked to promote the brand all over the country until her death in 1923. After Quaker Oats bought the Aunt Jemima brand in 1925, they hired Anna Short Harrington to take Green’s place, using her appearance to create the Aunt Jemima logo that’s evolved over the years. Whether or not Green and Harrington were compensated for their labor is unclear.

Dr. Maurice Manring, the author of Slave in a Box: The Strange Career of Aunt Jemima, explains that the advertising was aimed at white middle-class housewives in the early twentieth century who couldn’t afford servants. It evoked a racial nostalgia for plantation life and how convenient it was to have someone, particularly Black women like “Aunt Jemima,” prepare meals for you. Everything to do with the Aunt Jemima image has to do with Jim-crow stereotypes of Black women, specifically the Southern “mammy,” who happily served food and cared for white families.

So for Quaker Oats to simply announce the rebranding of Aunt Jemima and state their solidarity with the Black community still doesn’t compensate Nancy Green and Anna Short Harrington. In fact, the family members of both women sued the company in 2014 for not paying royalties to their descendants, a case which they later lost. Larnell Evans Sr., Anna Harrington’s great-great grandson, told patch.com that for Quaker Oats to profit off of Aunt Jemima for so long and easily retire her is a way of erasing his grandmother’s history: “After making all that money - and now’s the time when Black people are saying we want restitution for slavery - they’re just going to erase history like it didn’t happen?”

Check out this clip of iconic episode "Mammy Dearest" from hit series A Different World. For the full episode head over to Amazon Prime.

It's About Time: Land O'Lakes Says Goodbye to Cultural Appropriation

Tags: Aunt Jemima , Nancy Green , Anna Short Harrington , Quaker Oats , Larnell Evans Sr. , racism , corporations , royalties , compensation , stereotypes , Mammy
Support Feminist Media!
During these troubling political times, independent feminist media is more vital than ever. If our bold, uncensored reporting on women’s issues is important to you, please consider making a donation of $5, $25, $50, or whatever you can afford, to protect and sustain BUST.com.
Thanks so much—we can’t spell BUST without U.