Details
BY Rachele Merliss
IN Eat Me
Published: 06 August 2018 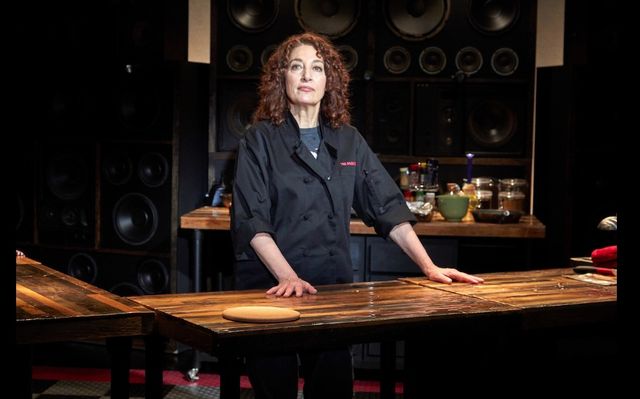 There is now a play about celebrated “punk-rock caterer," author, and BUST contributor Chef Rossi (that’s right—she’s one-name-only, like Beyoncé). The show, Raging Skillet, is playing from August 22nd to September 15th, 2018, at Wellfleet Harbor Actors Theater on Cape Cod. According to the theater’s website, “Raging Skillet is one woman’s story of cooking her way through some of life’s biggest challenges in New York City’s most unlikely kitchens. Talking her way into any cooking job she could get. A self-taught and self-made Rossi ended up owning one of the most sought-after catering companies in the city.”

Written by Jacques Lamarre and based on Rossi’s memoir of the same name and directed by Sasha Brätt, the play stars Shanel Sparr as Rossi and co-stars Kathryn Kates (Mom) and Michael Patrick Trimm (DJ Skillet). Raging Skillet promises to be hilarious, fearless, and inspirational, like Chef Rossi herself. It explores not only her successful present-day career, but the family heritage that brought her there. “Chef Rossi grew up 'Orthodox light' (her family kept the meat and dairy dishes separate but ate McDonald’s fish sandwiches),” according to the Wellfleet Harbor Actors Theater website. “A rebellious daughter, she was shipped off from her Hungarian Yiddish family to live with a Chasidic rabbi in Brooklyn. Feeling restless, Rossi broke free from religious and familial constraints to create a life of her own. What began as a revolt against the microwave turned into a quest to make food that is fearless, fun, and, most importantly, delicious.” 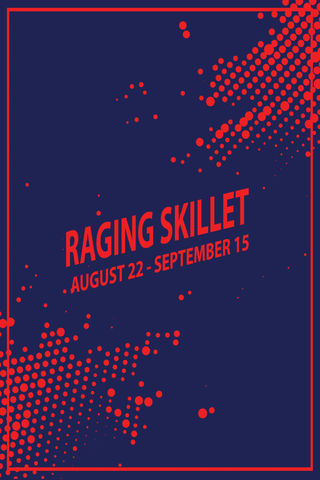 The poster for Raging Skillet at Wellfleet Harbor Actors Theater.

Today, Rossi’s 26-year-old catering company, The Raging Skillet, is one of New York City’s most sought-after and successful caterers. According to their website, The Raging Skillet specializes in “non-traditional weddings, international soirees and fabulous holiday bashes." Plus, they’ve catered feminist events like V-Day, a massive movement to end violence against women.

If you’re getting hungry reading this, don’t fear—Chef Rossi also contributes her fabulous recipes to BUST, so you can be the punk-rock caterer of your own home. Check out the play Raging Skillet to laugh and learn more about this amazingly accomplished chef!

Add Some Blooms To Your Bevvies With These Flowery Drinks

Tags: caterer , food , chef rossi , new york city , play , cooking , chef
Support Feminist Media! During these troubling political times, independent feminist media is more vital than ever. If our bold, uncensored reporting on women’s issues is important to you, please consider making a donation of $5, $25, $50, or whatever you can afford, to protect and sustain BUST.com. Thanks so much—we can’t spell BUST without U.