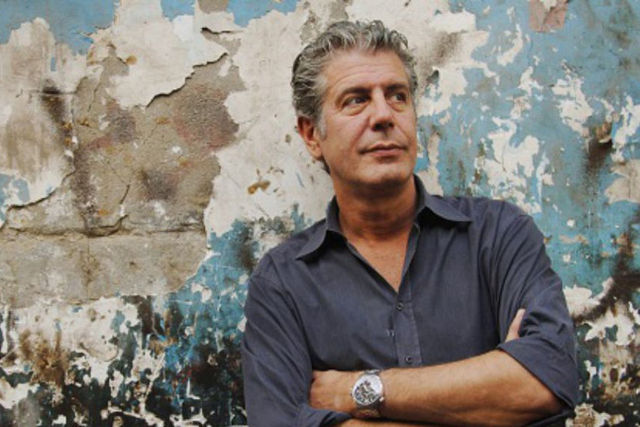 After the sudden death of Anthony Bourdain, many of us are remembering and reanalyzing our time in the food industry, whether as workers or as patrons. I’ve spent the last ten years working in the food industry, starting as a busser, and later becoming a waitress, bartender, fancier waitress, and occasional manager. It’s been a hell of a ride, and I could use a drink—good thing there’s plenty of that in the restaurant industry. There are also plenty of exploitative owners, creepy cooks, DRUGS...and plenty of people treading water until “something else.” The food industry can be filled with fine cuisine, flowing drinks and plenty of fun—but the ugly underbelly gets really, really ugly. Anthony Bourdain was an advocate for both the BOH (Back of House, meaning chefs, dishwashers, line cooks, etc.) and the forgotten FOH (Front of House, meaning bussers, hostesses, waiters, bartenders, etc.). Did you know some restaurant owners explicitly tell you not to speak to the patrons, because “no one cares if you’re doing well. Just do your job"?

My experiences in the service industry are common, and that’s the problem. I started working in restaurants because they would hire me underage and I needed money for college. I started getting paid “under the table” (aka “off the books,” meaning you are not a formal employee and are paid in cash). Having your 40-years-your-senior boss ask you to meet him in a literal broom-closet-turned-office in the kitchen so he can count $30 out of the hundreds in his pocket is...intimidating, especially when he tells you to wear a lower-cut shirt tomorrow night. And he winks.

This is common, if not mundane, in the food/service industry, as an article by Rose Hackman in the Guardian reminds us. One bartender, Chasity Pulford of Michigan, explained that customers “can be demeaning, look down on you like you’re a college dropout. Like they don’t think you’re working a real job. Sometimes they don’t treat you like you’re a human being. Sometimes they treat you like a whore.” Because waitresses and bar tenders typically make a “tipped minimum wage,” which is significantly less than what you think, putting up with this kind of treatment isn’t just part of your job but something you need to deal with, with a smile, to make enough money to live. On the street, you can tell a catcaller to fuck off, but when that cat caller hasn’t paid you for the $200 bill and you’re unsure about the tip, it feels like all you can to is a grin and bear it.

Do you know how much your local bartender earns? Or your favorite café’s part-time dishwasher? Do they work 12-hour shifts, or days straight without a day off in sight? Are they actually only 15 years old? Or are they 65 years old? How many other jobs do they have? The same Guardian article goes on to quote Tiffany Kirk, a waitress in Texas who explains, “We have to jeopardize our integrity on a daily basis to pay rent. That is an extremely psychologically damaging position to get in.” No restaurant worker that I’ve ever known has survived off their paycheck—we live off tips. And a good tip is hard to come by.

The industry isn’t all sexual aggression and condescension, though. There is a deep, familial love that can develop among a staff at a restaurant. Anyone you see 80+ hours a week is your cousin. Personally, some of my oldest friends are people I cleaned dishes with or learned how to cook from, or someone who taught me Spanish. I studied Spanish formally—I was a double English and Spanish major in college—but when asked who really taught me the fastest-growing language spoken in the USA, the answer is the BOH. I learned Spanish from wanting, and needing, to communicate with my coworkers.

Everyone who has worked in a kitchen, or had a kitchen-adjacent job, knows two things: know the sous chef and know the dishwasher. Those two are going to save your life, and you will never be able to pay them back for feeding you when you worked 12 hours already and a 8 top-table just walked in, or saving some wine glasses for you when the dish machine is broken and everyone is literally arm-wrestling over glassware. I’ve worked in restaurants where the dishwasher and busser volunteered to walk me home; they were both undocumented Latinx Americans who were also just paid in cash for the night—but they had been mugged the other night, and they wanted to make sure I got home safe. They’re my cousins. I’ve worked in restaurants where the chef had a burger waiting for me because I always work dinner shift and I never had time for dinner. If you’ve ever worked in a restaurant, you’re familiar with the animalistic way of eating one does while hiding behind the kitchen doors, praying the owner/GM doesn’t walk in and kick you.

If you know the dishwasher, and probably the sous chef, you know Spanish. Bourdain understood this. In a Forbes interview, he stated, “I walked into restaurants and the person always who’d been there the longest, who took the time to show me how it was done, was always Mexican or Central American”—the hardly-seen, hard-working face of the restaurant industry is a father/dishwasher who has been working since 3am. From sharing almost all your meals together, working so closely together and learning from each other, unbreakable bonds are found in a restaurant’s kitchen, and this mutual respect and appreciation is a gem of the industry.

Anthony Bourdain, in his brash and to-the-point way, advocated for us. Because really, who is more of a know-it-all than a chef? (Spoiler: it’s the GM.) Through his own television show, to his personal advocation, he made sure people were listening to tipped workers, undocumented workers, and exploited workers. He’s famously quoted as stating “every restaurant in America would close” in response to Donald Trump’s proposed deportation of 11 million Latinx Americans. After food industry celebs Mario Batali and Ken Friedman were accused of sexual harassment and assault, Anthony Bourdain wrote a Medium piece explaining that “any admiration” he once had for them became “irrelevant” once learning about their horrendous behavior. He insightfully examined his own privilege and praised the brave women who came forward: “I am grateful to them for their courage, and inspired by them. That doesn’t make me any more enlightened than any other man who has begun listening and paying attention. It does makes me, I hope, slightly less stupid.”

Bourdain wanted to make great food with great people, and he knew that rampant sexism, racism, and exploitive work practices do nothing but get in the way of that. In January Bourdain told the Daily Beast that he hoped to reexamine his own past in restaurants, and that he hoped other chefs will follow in asking, “not necessarily ‘what did I do or not do?’—but ‘what did I see and what did I let slide? What did I not notice?’” Male allies, take notice.

Bourdain's passing has many in the food industry shaken. We’re a tight-knit group, and this felt like a loss of a personal friend. Chefs, restaurant owners and workers are stubborn pain-in-the-asses though, and many are continuing Bourdain's work of advocating for restaurant workers. There are great “Industry” people with safe hiring practices, safe work environments and are advocating for their Latinx staff—like Niki Kopcke, chef and restaurant owner of Mazi Mas. She not only hires women who have “drifted away from the job market” (like single moms or immigrant women) but says, “We are not a terminal employer, we are a springboard” and boasts of multiple former employees of hers opening their own restaurants or becoming a chef in other traditional catering companies, according to Food and Values. Erin Wade, chef and author of The Mac + Cheese Cookbook, published a candid op-ed in the Washington Post in which she admitted to discovering a sexual harassment issue in her own restaurant, and details how she convened the staff to help them deal with this customer-waiter relationship issue—they developed a color-coded system to silently identify the issue/threat, and have seen great feedback from staff. Every restaurateur trying their best to make their industry/bar/restaurant a little bit safer...is a lot of bit of helpful.

Next time you go out for a drink or a bite, take a moment to appreciate the staff, and remember to always tip your server.

To my friends and family working in kitchens, bars and hostess stands:

Anthony Bourdain On Sexism In The Restaurant Industry: From The BUST Archives

Tags: Anthony Bourdain , food industry , restaurant industry , personal essay
Support Feminist Media!
During these troubling political times, independent feminist media is more vital than ever. If our bold, uncensored reporting on women’s issues is important to you, please consider making a donation of $5, $25, $50, or whatever you can afford, to protect and sustain BUST.com.
Thanks so much—we can’t spell BUST without U.