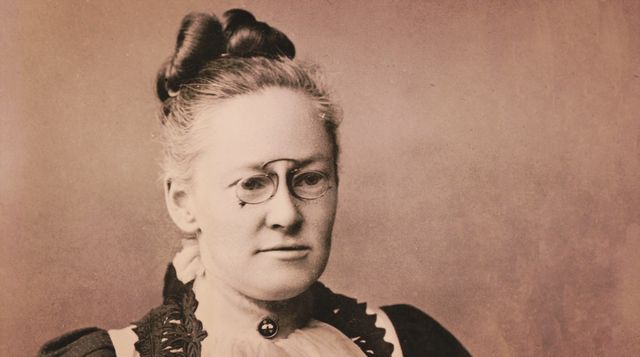 Okay, hands up: who has ever been ill? Everyone, right? So then, you’ll know that food can be a godsend when you’re under the weather. Maybe it's a bowl of soup, maybe it’s your Granny’s homemade stew, maybe it's a mammoth tub of ice cream. One thing's for sure, the saying's true: chicken soup (or whatever your sick day fix) is good for the soul.

But, just where did this food-for-feeling-better idea come from?

MAY WE PRESENT...MS. FANNIE FARMER!

(YES OKAY, WE KNOW…NOW LET'S ALL BE GROWN-UPS AND GET OVER THE NAME.) 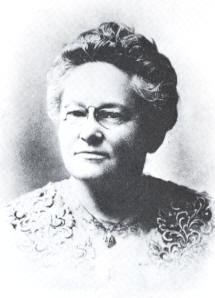 Fannie Farmer (seriously guys, move on from the name!)

NOW GUYS, STRAP IN, BECAUSE THE STORY OF FANNIE FARMER IS EVERYTHING.

Born on March 23, 1857, in Boston, Massachusetts, in the U.S. of A, Fannie was the oldest of four sisters. Her parents, Mary and John, were staunch liberals, and as such they were determined that ALL their daughters would be educated and go to college.

Fannie suffered a paralytic stroke and at just 16, she was told she wouldn’t be able to walk again, let alone go to college. A life of being bed-bound awaited her.

FANNIE WASN’T TAKING THAT SHIT. SHE WAS DETERMINED TO GET HER LIFE BACK.

While recuperating, Fannie stayed in the boarding house her parents ran. Slowly, she started learning to cook as a way to help get back her motor skills.

Fannie realized she not only loved cooking, but she was really bloody good at it!

Soon, her local community was lining up just to get a taste of her food.

By the time Fannie turned 30, she’d just about regained the ability to walk (with a significant limp). This being Fannie, she didn’t waste any time and immediately signed up for cooking school.

Unsurprisingly, Fannie was top of her class.

It may have taken her a while to get there, but Fannie excelled at college, and after graduation, the school offered her a position as assistant to the school director.

JUST TWO YEARS LATER, FANNIE WAS MADE THE PRINCIPAL OF THE BOSTON COOKING SCHOOL.

But Fannie was far from done.

Fannie's publisher, Little, Brown & Company, wasn’t convinced this whole "accurate measurement" thing would make for scintillating reading. So they limited the release to just 3,000 copies—AND Fannie had to pay for the print run herself.

It goes without saying… Little, Brown & Company were totally wrong. The book sold out immediately and it has been selling ever since—it's now more commonly known as the Fannie Farmer Cookbook. 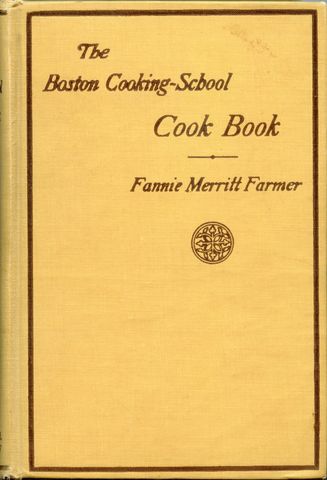 That. THAT. Is a good looking cookbook

Fannie said of the book:

"It is my wish that it may not only be looked upon as a compilation of tried and tested recipes, but that it may awaken an interest through its condensed scientific knowledge which will lead to deeper thought and broader study of what to eat."

Fannie’s emphasis on using science in cooking paid off, and the book became a staple in American homes… as did measuring equipment!

Go Fannie! Also yay for knowing how much stuff to actually use in cooking!

Not content with giving us a classic recipe book and changing the way we look at cooking forever, Fannie wanted to contribute even more.

So, Fannie started touring America giving lectures on food preparation for the convalescent.

She wrote a book on the subject (Food and Cookery for the Sick and Convalescent) and toured the country, stressing the importance of presentation and taste when feeding those recovering in hospitals and at home, because janky arse food has never helped anyone get better.

Fannie even lectured at Harvard’s medical school and her approach revolutionised how convalescent nutrition was handled by doctors and nurses.

This was undoubtedly the work Fannie was most proud of. 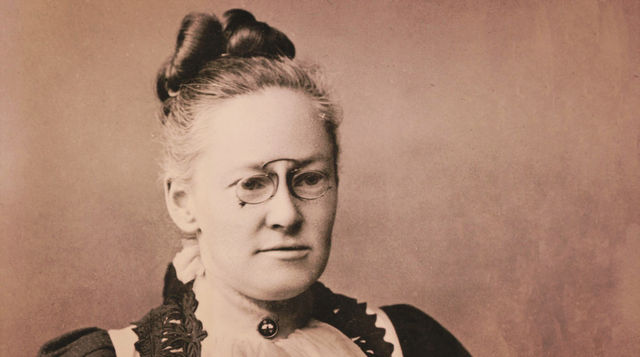 Seriously, is there anything this woman can't do????

Fannie had more strokes throughout her lifetime and used a wheelchair for the last seven years of her life, determined to keep on touring and lecturing on good food practice and the importance of nutrition for the sick.

She lectured right up until she passed away, giving her last lecture just 10 days before her death in 1915 at age 57.

This was interesting, where can I find out more? Well, why not check out one of Fannie’s books? You can still buy them (for not that much TBH) and learn from the best.

Tags: F yeah history , cooking , feminism
Support Feminist Media!
During these troubling political times, independent feminist media is more vital than ever. If our bold, uncensored reporting on women’s issues is important to you, please consider making a donation of $5, $25, $50, or whatever you can afford, to protect and sustain BUST.com.
Thanks so much—we can’t spell BUST without U.