Anthony Bourdain On Sexism In The Restaurant Industry: From The BUST Archives

Details
BY BUST Magazine
IN Eat Me
Published: 08 June 2018 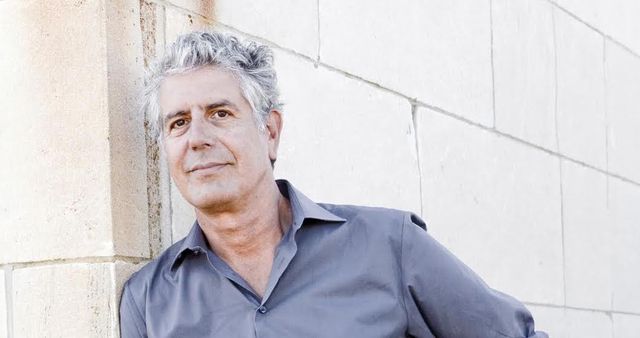 In our Dec/Jan 2012 print issue, we featured Anthony Bourdain as our "Boy Du Jour." We were big fans of his here at BUST HQ and we are so sad to learn of his death. If you need help, please call the National Suicide Prevention Lifeline at 1-800-273-8255.

I’ve been trying to nab an interview with 55-year-old culinary writer, chef, pork lover, and general loudmouth Anthony Bourdain since he hit the big time in 2000 with his first book Kitchen Confidential. So when I heard he was filming an episode of his new Travel Channel show, The Layover (which premiered November 21 at 9 p.m.), on the same block as the BUST office in N.Y.C., I decided to bum rush the set with a copy of the magazine. Unbelievably, my street harassment worked. He came over to talk to me between takes, and two weeks later, I had him on the phone. Never one to keep his thoughts to himself, Bourdain is as famous for his lacerating opinions as he is for his palate—don’t even get him started on Paula Deen or vegans—so I didn’t know what to expect from our conversation. But as I launch into some questions about the differences between his Emmy-winning Travel Channel series No Reservations (which has featured him exploring global cuisines and cultures since 2005) and The Layover (which gives the inside scoop on where to eat when you have just a few hours in a city), Bourdain’s intelligent, funny, thoughtful demeanor has me charmed right away. “No Reservations is a lot more aspirational,” he explains. “It’s about me having a good time. And a lot of those experiences, whether they’re with families, in tribal situations, or at high-end restaurants, are things other people can’t do. So in the interim [between seasons of that show] we tried to do something fast, mean, and actually useful.”

The restaurant world also has a reputation for being fast and mean, especially to female chefs trying to get ahead. So I ask Bourdain how he thinks women are faring in professional kitchens these days. “It’s changed enormously,” he says. “The notion that women aren’t physically up to the job is ridiculous. The notion that women can’t kick ass as well as a guy has been proven ridiculous as well. Nobody is standing in their way, but I think that though there are many great women chefs out there—like Gabrielle Hamilton, April Bloomfield, Melissa Kelly, Ina Garten, and Michelle Bernstein—perhaps they’re not as known as the male chefs because they have less of a propensity to peacock around the dining room. Promoting yourself relentlessly—maybe there is some testosterone in there, I’m ashamed to say.”

Of all the culinary women he says he admires, perhaps the one with the most direct impact on his cooking, at least at home in N.Y.C., is his wife of four years, Ottavia Busia Bourdain. Since she hails from Sardinia, I ask if she’s changed his way of eating, and his answer is surprising. “It’s often negative reinforcement,” he says. “I love cooking pasta and I thought, Well, I’m marrying an Italian, I’ll be cooking a lot of pasta at home. But she’s a brutal critic of anyone who aspires to cook Italian. And she’s also on a 100-percent protein diet. She doesn’t eat carbs because she’s doing MMA [Mixed Martial Arts] training. So, if I’m cooking at home, I’m searing and roasting a large hunk of meat.”

The other gal with significant pull in Bourdain’s life is his four-year-old daughter Ariane. And when we get to talking about his wishes for her future, his perspective couldn’t be more clear. “The best I can hope for is that I’m raising a young woman who has really high self esteem, doesn’t take any shit from boys, and will not take any shit from men,” he says emphatically. “So she’s in karate class already.”

5 Lady Chefs Who Are Rocking The Restaurant World