Feeling Adventurous This Thanksgiving? Give This 19th Century Pumpkin Pie Recipe A Shot

Details
BY Mimi Matthews
IN Eat Me
Published: 23 November 2016 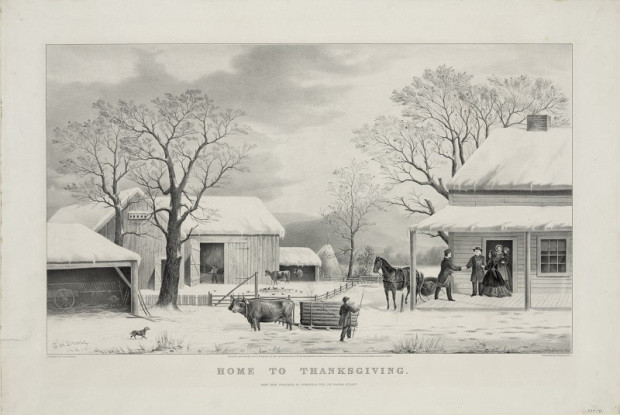 Thanksgiving is fast approaching here in the United States. Originally a commemoration of the First Thanksgiving (a 17th-century feast between the Pilgrims and the Native Americans), it is now one of the major holidays and, for many of us, the official start of the Christmas season. There was no Black Friday or Cyber Monday during the 19th century. Instead, the Thanksgiving holidays were a time for family to gather together from near and far and share a holiday meal. This usually involved the women of the family cooking a Thanksgiving dinner with roast turkey and all the fixings. Amongst these fixings was one of the most traditional Thanksgiving desserts: pumpkin pie.

Naturally, a British lady like Mrs. Beeton did not include a recipe for pumpkin pie in her famous Book of Household Management. Here in America, however, we had plenty of cookery guides which offered up their version of the holiday classic. Below is an 1843 recipe for pumpkin pie from Mrs. Ellis’s Housekeeping Made Easy. You will note that, unlike Mrs. Beeton, this recipe does not start with the measurements and the suggested cooking times. Nevertheless, if you would like to add some authentic 19th century cooking to your Thanksgiving feast, I encourage you to give it a try. 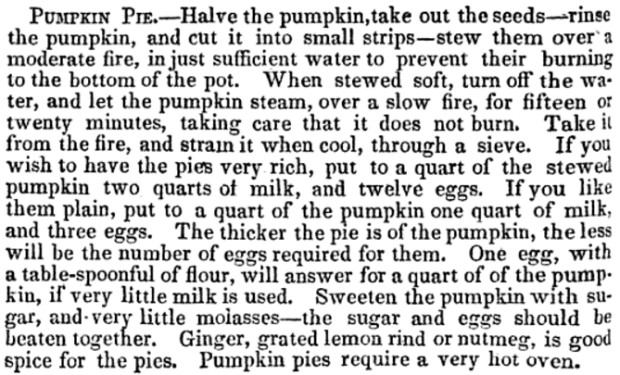 This post originally appeared on MimiMatthews.com and has been reprinted with permission.

These Cats May Have Inspired Composers Claude Debussy And Maurice Ravel

Here's What Elizabeth Bennet Would Have Worn In 'Pride & Prejudice'

This Victorian Sexual Assault Case Is Disturbingly Like Donald Trump