The Frida Kahlúa, And More Cocktail Recipes To Help you Shake Up The Patriarchy 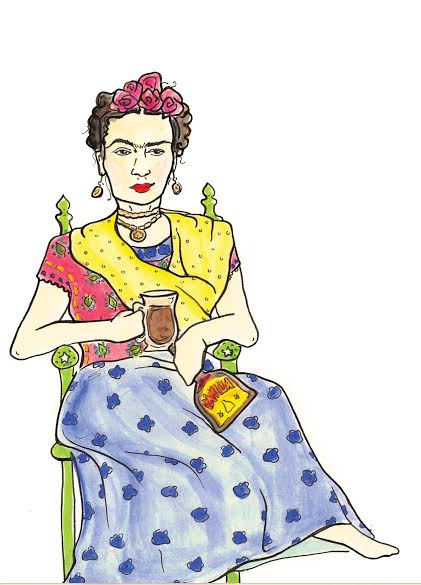 Here at BUST, we love inspiring women, and we love cocktails, so what could be better than a project that combines the two? In the new book Drink Like A Woman, writer Jeanette Hurt and illustrator Paige Clark bring us cocktails inspired by great women both historical and fictional, including Frida Kahlo (Frida Kahlúa); Nellie Bly (Nellie Bly-Tai); Harriet Tubman (Tubmantini); Rosie the Riveter (Rosé the Riveter); Princess Leia (Kissed By A Wookie); and many, many more. We're excited to share three of those recipes with you today: the Frida Kahlúa, the Zeldapolitan (inspired by Zelda Fitzgerald); and Jane Austen's Zombie. Just like the tagline says, these drinks are "shaking up the patriarchy, one cocktail at a time." 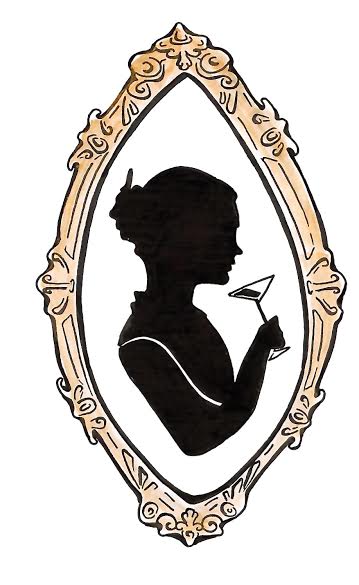 JANE AUSTEN (1775–1817) remains one of the most celebrated writers of all time. Modern authors love to pay homage to her, using her timeless novels as blueprints for modern storytelling. Her work has inspired countless revisionist tales, and her influence can be found in genres including science fiction, fantasy, political thrillers, and, of course, the killing of zombies.

Just like a zombie, Jane Austen will live forever. But the actual ZOMBIE drink might just wipe you out. With nearly five ounces of booze, it’s about two-and-a-half drinks’ worth of alcohol — but because it’s so fruity, it doesn’t taste like you’re drinking much. Which is why several tiki bars set limits on the number of Zombies patrons can purchase.

Glass: tiki or poco grande
Garnish: pineapple and 1 to 2 cherries

Fill a tall tiki or poco grande glass with crushed ice. Fill a shaker with ice. Add all the ingredients and shake for 30 to 60 seconds. Strain into the prepared glass. Garnish with a slice of pineapple and a cherry or two.

For added flair, place the squeezed lime on top, fill with 1 teaspoon of 151-proof rum, and then set it on fire with a lighter or match.

Note: Velvet Falernum is a Caribbean spiced liqueur made with rum and a spice-infused sugarcane syrup. 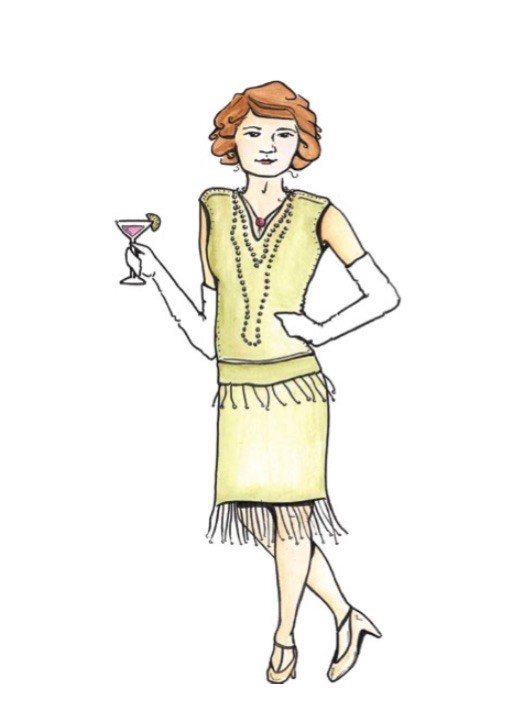 ZELDA FITZGERALD (1900–1948) was more than just a famous flapper — she also embodied the zeitgeist of womanpower during the Roaring Twenties. A writer, painter, and socialite, she was famously married to F. Scott Fitzgerald. At times both passionate and pained, Zelda inspired some of Fitzgerald’s most celebrated works to such an extent that literary historians believe he very likely lifted passages right out of her diaries.

With what to toast Zelda? Why, a riff on the COSMOPOLITAN, of course.

The basic COSMO calls for 1 1/2 ounces citrus vodka, 1 ounce orange liqueur (triple sec or Cointreau are the most popular), 1/2 ounce Rose’s lime juice (or 1/4 ounce fresh lime juice and 1/4 ounce simple syrup), plus 1 to 2 dashes (about 1/2 ounce) cranberry juice, garnished with a lemon twist and served in a Martini glass.

Because Zelda was more likely to drink gin instead of vodka, the Zeldapolitan is similar to a Cosmo but with a daring twist, just like the woman herself.

Fill a shaker with ice. Pour in all the ingredients and shake for about 30 seconds or until well chilled. Strain into a Martini glass and garnish with a twist of lime.

Frida Kahlúa Brilliant, tempestuous, and wildly creative, FRIDA KAHLO (1907–1954) was one of the most admired woman painters in the world. She was also prolific, despite — or maybe because of — the pain she endured, from the time she was a teenager, from a horrific injury in a trolley accident. Her vibrant work explored many taboo subjects, including gender inequality, female sexuality, infertility, lesbianism, and repressive beauty ideals.

In addition to her artistic work, she was known for her passionate, tempestuous marriage to muralist Diego Rivera. Over their two-plus decades together, both Frida and Diego seemed to fall in and out of love with each other — and with other people, too. “There have been two great accidents in my life,” Frida said. “One was the trolley, and the other was Diego. Diego was far worse.”

Hot and strong, the MEXICAN COFFEE is the perfect drink to honor this groundbreaking artist.

Pour the Kahlúa into the coffee mug or cup. Add coffee, leaving at least 1⁄2 inch of space at the top. Top with 2 to 4 tablespoons of sweetened whipped heavy cream. Garnish with a couple chocolate-covered coffee beans. 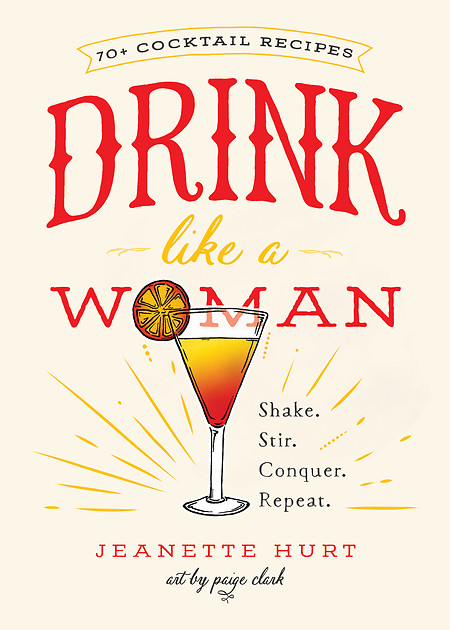 Excerpted with permission from Drink Like A Woman by Jeanette Hurt. Copyright © 2016. Available from Seal Press, an imprint of Perseus Books, LLC, a subsidiary of Hachette Book Group, Inc.

15 Surprisingly Delicious Mocktails To Freshen Up Your Summer Day

3 Tropical Cocktail Recipes To Get Yo' Drank On