Details
BY BUST Magazine
IN Eat Me
Published: 03 March 2016 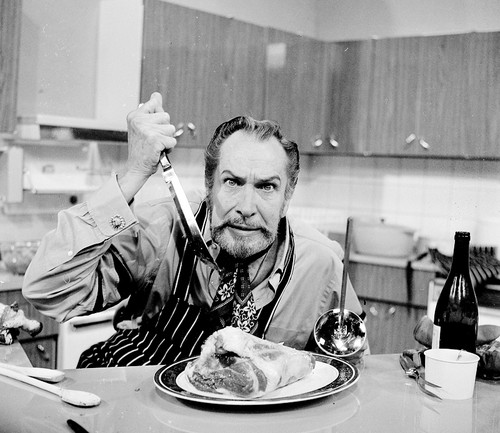 “Master of Menace” Vincent Price was the quintessential villain of 1950s horror flicks—slick black hair, pointed mustache, and sinister belly laugh included. Off-screen though, Price, who died in 1993, was just like the rest of us: he really loved to eat. With his wife Mary—also an ardent gourmand—Price dined at the chicest restaurants in the world and often badgered chefs for their secrets, eventually publishing A Treasury of Great Recipes in 1965. Thanks to a new 50th-anniversary edition of the long out-of-print tome ($50, Dover Publications), home cooks can now sample the Blueberry Muffins La Posada that captured Price’s heart in Arizona, and the Risotto Alla Milanese that moved his spirit in Italy. This book isn’t an everywoman’s guide to grub—more like a sophisticate’s guide to recreating old-fashioned fare. But I have to say, those muffins were wicked good. 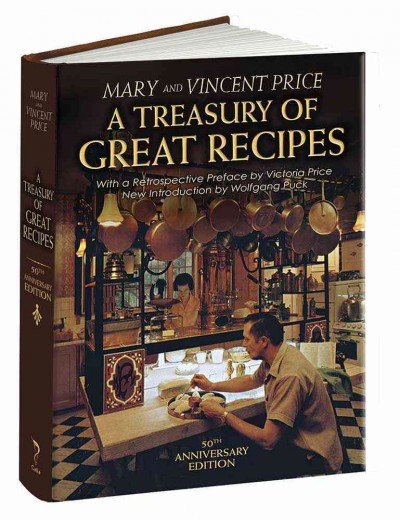 This Chocolate Lover's Delight Pie Will Make You Drool

At Speed Rack, Female Bartenders Sling Drinks for a Good Cause

Tags: Vincent Price , cookbook , from the magazine , recipes , A Treasury Of Great Recipes