Chef Rossi Shows You How to Make the Perfect Poached Egg

Details
BY BUST Magazine
IN Eat Me
Published: 09 May 2014 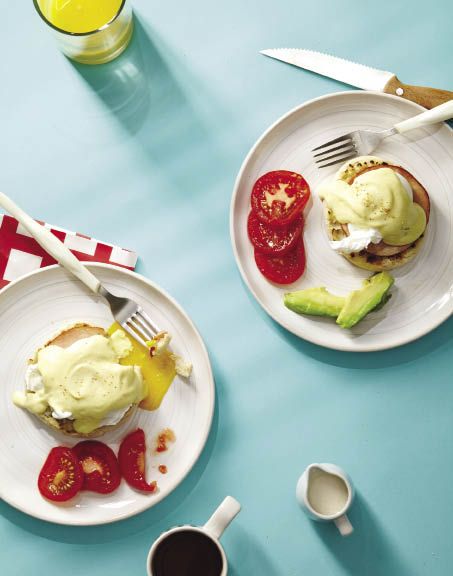 In my early days as a restaurant cook, I had nightmares about breakfast. Not about consuming it, but preparing it. That fear had less to do with my hatred of waking up early and more to do with my anxiety over poaching eggs. “Ordering! Five more eggs Benedict!” the expeditor would scream, and I’d crack 30 eggs into the poaching water, hoping 20 of those would turn out edible. Though it took a while before I got my rhythm down, once I did, I became a poached-egg champion. I learned I had been doing it all wrong: boiling the water, trying to drop in too many eggs at time, and moving them around until they were almost scrambled. But all my fails are your gains, because I’m about to give you a serious ovum education.

So how do you properly poach eggs? First, put a pan on the stove with just a few inches of water in it, get the water simmering, and give it a few good drizzles of white vinegar. Crack each egg into a mixing bowl one at a time, then slide them into the water nice and easy, also one by one. When all your eggs are in, turn the water off. Leave the eggs in four minutes for a loose/soft texture or five minutes if you want ’em firm. Then scoop them out with a slotted spoon. Now that you’ve mastered the art of poaching, here’s an eggs Benedict recipe that’ll let you strut your stuff.

Per person, you’ll need one English muffin, two slices of Canadian bacon, two poached eggs, and two plops of Hollandaise sauce. The old-fashioned way to make a Hollandaise is to boil a pot of water, lower it to a simmer, then place a mixing bowl over the pot (or use a double boiler). Pour three egg yolks and a drizzle of fresh lemon juice into the top bowl and whisk in a stick of melted sweet butter, a bit at a time. Follow this with a dash of Tabasco, a plop of Dijon mustard, salt, and ground white pepper to taste. Whisk until everything is thick and creamy. If it’s too thick, add a drizzle of hot water. You can also make this sauce in a food processor or blender, if you wanna save time; follow the same recipe, but just melt the butter and add it last.

Once you’re done with the sauce, fry your bacon till it’s crispy and set aside. Cut open and toast your English muffins, and slather with butter. To assemble, layer bacon on a muffin half, put a poached egg on top, and drizzle Hollandaise on top. Chopped parsley is a good garnish, but I prefer chopped chives.

Other variations of Benny bliss:

This article originally appeared in the April/May 2014 issue of BUST.  Get it on newsstands now or subscribe!
Tags: Chef Rossi , Eggs , restaurants , breakfast , yummy , dining in , muffins , eggs benedict
Support Feminist Media!
During these troubling political times, independent feminist media is more vital than ever. If our bold, uncensored reporting on women’s issues is important to you, please consider making a donation of $5, $25, $50, or whatever you can afford, to protect and sustain BUST.com.
Thanks so much—we can’t spell BUST without U.