Plug In With The DIY Tech Superstar of Adafruit Industries: BUST Interview 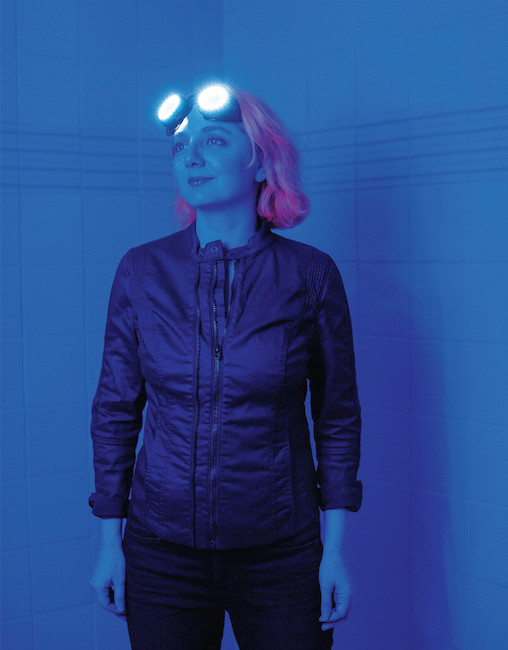 When someone uses the term DIY, what usually comes to mind are handmade crafts, ambitious cooking endeavors, or creative home improvement projects. But for Limor Fried, the 36-year-old owner of Adafruit Industries, DIY is a way to empower people of all ages to take control of their personal technology through educational make-your-own electronics kits. Adafruit sells everything from LED sequins to DIY watch and robot sets. Her most popular, and perhaps least intimidating product, however, is the “MintyBoost Kit,” a build-your-own mobile-device charger the size of an Altoids tin. “Why should some corporation be in charge of your devices?” asks Fried. “These are things you can build yourself!”

"My goal with Adafruit isn't to patent everything and keep my grubby mitts on it. If I wanted to do that, I'd go into finance."

Fried, also known as “Ladyada”—a shout-out to 19th-century computer-programming pioneer Ada Lovelace—founded Adafruit in 2005, the same year she earned her Master of Engineering degree from MIT. While still a student, she built an mp3 player from scratch “for fun.” And after her classmates took notice, Fried began selling her own DIY kits. Today, Adafruit occupies a 15,000 square-foot manufacturing facility in N.Y.C., and Fried hosts weekly web hangouts where she answers tech questions and interacts with makers of all skill levels. “My goal with Adafruit isn’t to patent everything and keep my grubby mitts on it. If I wanted to do that, I’d go into finance,” says Fried. “Kickstarting the cultural view of electronics as a way of sharing information and teaching people—it’s only been good for me and for Adafruit.” To say this philosophy has been “good” for business is an understatement—last year, Adafruit made $40 million, up from $33 million in 2014. “It feels good to be able to pay people well, take care of a staff, and provide a good experience for customers,” Fried says of her blockbuster business. “I feel good about what I’m doing every day.”

The youngest of four daughters, Fried says her sisters encouraged her love of engineering and electronics from the very start. “My sisters are all hardcore feminists,” she says. “They told me I could do anything I wanted to do. They were like, ‘Ya, engineering! Do it!’” Unlike when Fried was growing up in the ’80s and ’90s in Boston, however, “today, there are more and more options for girls and women to learn electronics and it’s becoming more normalized,” she says. “For kids growing up now, everything is touch screen. Three-year-olds have iPads. But they shouldn’t just use whatever latest thing a corporation gives them. They should learn to design their own devices, they should control their own technology, they should do what they want with it, not just what they’re told they should do with it. I think that’s really powerful.”

Really, anyone interested in being a badass boss can find inspiration in Fried’s story. By maintaining complete control of her business, she’s been able to stay true to her company’s philosophy for 10 years and is still going strong. “We don’t have any funding or loans. Adafruit is 100 percent owned by me, which is cool because I get to do what I think is right, not what some investor guy in a suit tells me,” she says. “They’d probably tell me not to give all this information away, but I don’t care. I’m doing this for the kids.” 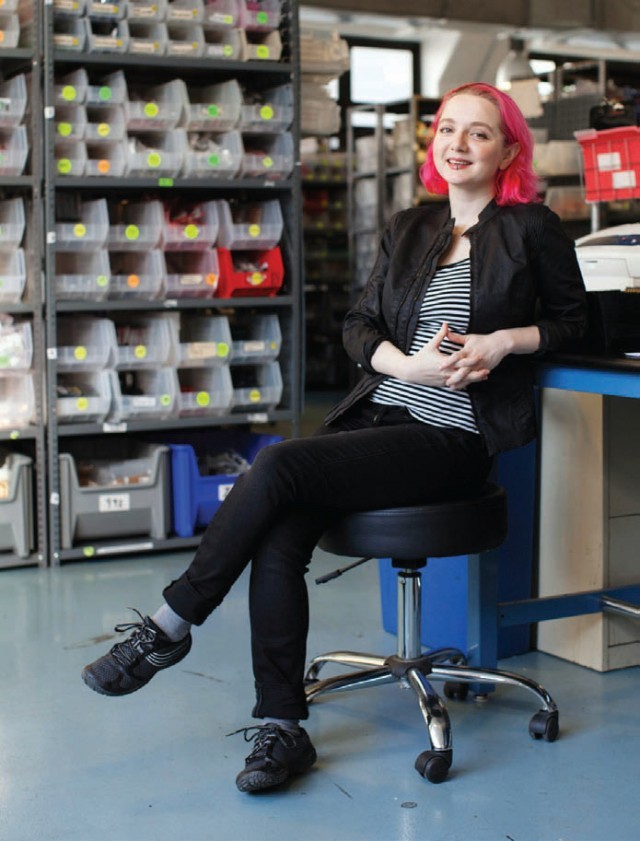 Get Your Vibe On: The WeVibe Tango Review

Tags: Adafruit Industries , Limor Fried , Ladyada , DIY , MintyBoost Kit
Support Feminist Media!
During these troubling political times, independent feminist media is more vital than ever. If our bold, uncensored reporting on women’s issues is important to you, please consider making a donation of $5, $25, $50, or whatever you can afford, to protect and sustain BUST.com.
Thanks so much—we can’t spell BUST without U.