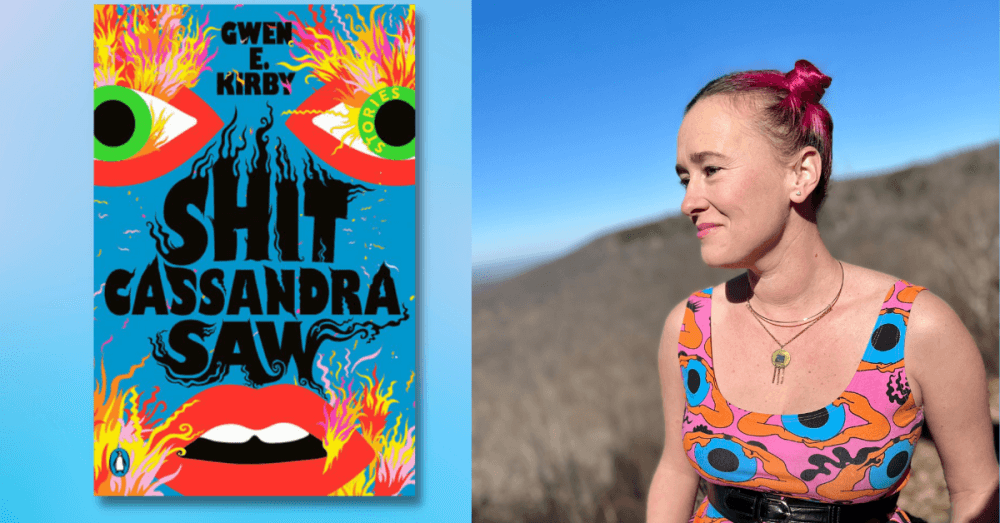 A cursed priestess, radioactive cockroach women, and a warrior with her head chopped off, along with many more symbolic and oh-so-real stories of the female race through the ages fill the book, Shit Cassandra Saw by Gwen E. Kirby. A stunning debut, this collection of twenty-one flash fiction and short stories brings women from as far back as the Trojan era right up to modern-day life to the same level, presenting the reader with a stark reality of how similar we all are in the end.

As many women and femme people are these days, “Cassandra is done, full the fuck up, soul weary.” Kirby begins the book's opening story, “Shit Cassandra Saw But Didn’t Tell the Trojans Because at That Point Fuck Them Anyways.” It's the story of Cassandra—the daughter of the last king of the ancient 1300 BCE city of Troy—who is a future-seeing priestess that would later predict the fall of the Trojan Empire. Cassandra is dedicated to the god Apollo, who “when she refused his advances…spit in her mouth so that she would never again be believed.” Hitting the reader with profound symbolism of the social injustices women face when turning away from men’s desires, rendering her insignificant.

Kirby’s witty, raw, heartfelt, exhausted, pissed-off, tender words echo through the page and will live in your head rent-free for the rest of your life, and I’m not mad about it. She calls attention to the high school girls ogled by creepy old men in “We Handle It”, a mother sitting at home hot-gluing costumes for the school play alone while berated by an 18th-century ghost in “Here Preached His Last” for cheating on her absent husband, to the divorcee mom whose sanity depends on her DIY bathroom tile job in “How to Retile Your Bathroom in 6 Easy Steps!”. Kirby pulls a thread through these characters’ stories, connecting them organically, making them as familiar as a next-door neighbor.

Through unconventional writing styles like a Yelp review in “Jerry’s Crab Shack: One Star,” and effortlessly impactful prose, Shit Cassandra Saw is a bubbling cauldron of sci-fi, historical fiction, and modern wit that quietly pierces the reader with a demand to be heard, to be understood. Kirby’s characters, while flawed, present themselves with confidence and certainty. Though some of the stories end in seemingly undesirable endings for her characters, she has mastered their tone of relentless acceptance of their fate nonetheless, running at it head-on, guns cocked, and ready to fight.