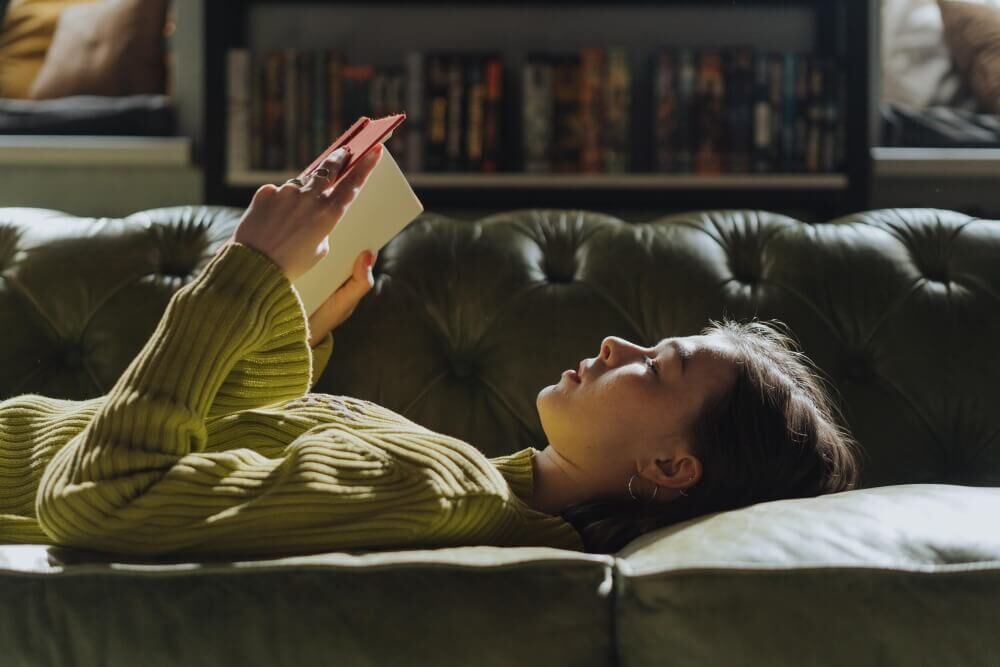 My introduction to books about grief happened a few weeks after my mother died. It was 1996, the weekly support group I’d been attending had just ended, and the counselor invited me back to his office to give me a book that I “had to read.” It was new, he cheered, so very confident in his recommendation.

The book was Hope Edelman’s Motherless Daughters, and as the counselor predicted, it changed the trajectory of my post-loss life. In its 283 pages, I learned how other women, including Edelman, had successfully navigated their motherless lives and felt newly emboldened that I could, too. Some had built a circle of maternal support to replicate what they’d lost (leaning on older sisters, close friends, and aunts), while others seized new identities as survivors who could successfully tackle other challenges.

Listen World!, the first biography of American writer Elsie Robinson, is about a woman who launched a journalism career without connections or a college education, endured the death of her only son, and through her own moxie and grit, became the highest-paid woman writer in the William Randolph Hearst media empire. Her story embraces the rags-to-riches trope, but also reveals how a bereft single mother created a fulfilling life despite unimaginable sorrow. “Pain is part of growth,” she wrote. “To have felt deeply is worth anything it cost.”

Understanding the details of Robinson’s life offers the opportunity to learn from her journey and be inspired. This type of uplift and validation is often associated with non-fiction, memoir, self-help, and poetry. But biography has transformative power, too. Readers can glean meaningful insight from how others grapple with loss and journey onward.

I hope that Listen, World! resurrects Elsie Robinson’s remarkable legacy. For more than 35 years, she used her national platform to denounce racism, support workers’ rights, and call out gender inequality. “I’m tired of hearing the differences of men and women emphasized and exploited, she wrote in April 1922, more than a decade before Gloria Steinem was born. “It has built a wicked wall between the sexes and it’s time we knocked it down.” Too many women’s histories have been erased over time. But I also wish for something else: to elevate biography as an untapped tool for helping readers navigate grief.

Below are 10 biographies that explore grief in deeply felt and impactful ways.

Walk With Me: A Biography of Fannie Lou Hamer by Kate Clifford Larson Fannie Lou Hamer was one of the most power voices in the civil rights era. She helped organize Freedom Summer in 1964, a voter registration drive aimed at increasing the number of registered Black voters in the segregated South. The grief revealed in this biography is at once what most readers might expect (the loss of a loved one, and in the case of Hamer, her parents) but also the immeasurable anguish over Hamer’s inability to bear children, the grotesque fallout of undergoing surgery for a uterine tumor and receiving an unnecessary hysterectomy – her white doctor saw the procedure as a perverse opportunity, an example of the forced sterilization of Black women to decrease the Black population. The story of this 1960s pioneer is a master class in channeling grief into game-changing activism.

Mina Loy, painter and poet, long-grieved the loss of her husband, Oscar Wilde’s nephew, Arthur Cravan. The couple met in 1917, and one year later, when Loy was pregnant with their first child, Cravan disappeared at sea on a trip to Argentina. Navigating loss is often more challenging when the bereaved carry the additional weight of uncertainty. This biography captures that gnawing pain beautifully.

The Immortal Life of Henrietta Lacks by Rebecca Skloot

This breathing examination of the life of Henrietta Lacks, a woman at the center of a decades-long medical ethics controversy, allows readers an intimate look at what it means for multiple generations of one family to make meaning of a loved one’s life and death. This book, while not a traditional biography, also paints a heartbreaking picture of a daughter seeking to understand the mother she never got to know.

American Tapestry: The Story of the Black, White, and Multiracial Ancestors of Michelle Obama by Rachel Swarns 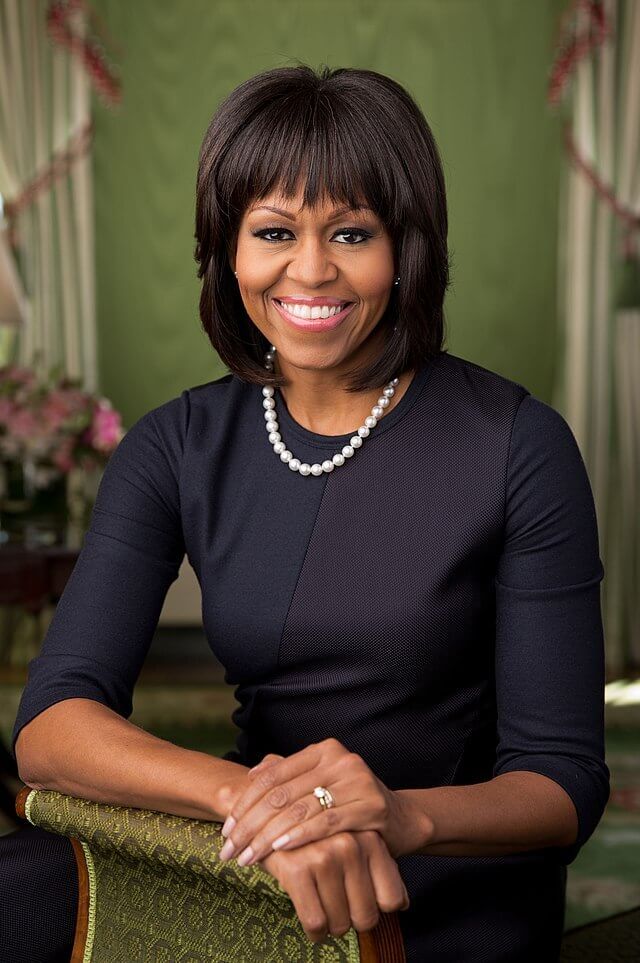 To better understand ourselves and the lives of others, it is said, we must recognize our past, perhaps going back hundreds of years. This is the expertly delivered promise of American Tapestry, a riveting account of the first lady’s family, a genealogical excavation that includes family members who were once enslaved in Georgia, South Carolina, and Virginia. For those of us who find comfort in the realization that pain often leads to wholly unexpected uplift and growth, this book will be a welcome salve.

The Three Mothers: How the Mothers of Martin Luther King, Jr., Malcolm X, and James Baldwin Shaped a Nation By Anna Malaika Tubbs

Louise Little (Malcolm X), Alberta King (Martin Luther King, Jr.), and Berdis Baldwin (James Baldwin) all outlived their sons. And while readers come to see how each mother informed her son’s life and work (through music, writing, and poetry), an essential takeaway is how these mothers, formidable women all, were ignored by scholars and historians, prodding readers to consider how they might take steps to control how they’ll be remembered.

In the Houses of Their Dead: The Lincolns, the Booths, and the Spirits by Terry Alford Published this year, this biography investigates how Abraham Lincoln, John Wilkes Booth, and their families were influenced by Spiritualism, a popular practice in the 19th century that embraced mediumship as a means to connect the living with the dead. The notion was of particular curiosity to Lincoln as he grappled with the death of his son and sought relief from his crushing sorrow.

Victoria: Portrait of a Queen by Catherine Reef Queen Victoria, the first member of the Royal family to live at Buckingham Palace, never stopped longing for her husband, Prince Albert of Saxe-Coburg and Gotha, who died of typhoid fever, according to his doctors, in 1861, when he was just 42 years old. The loss affected how she carried out her duties and lived at home. She became reclusive and slept under Albert's coat at night, literally enshrouding herself in grief. Often, the paths other people take can serve not as a beacon but a warning.

Up from the Depths: Herman Melville, Lewis Mumford, and Rediscovery in Dark Times by Aaron Sachs

The primary argument of this biography is that loss shapes the way we view our past and how we build our future. Both subjects of this book, one the author of Moby-Dick, the other an esteemed philosopher and cultural critic, suffered the deaths of children and each infused these profound experiences into their work. As Sachs posits, it is illuminating “to rediscover the struggles of our forebears.”

All the Horrors of War: A Jewish Girl, a British Doctor, and the Liberation of Bergen-Belsen  by Bernice Lerner

This book reveals the story of the author’s mother, Rachel Genuth, who was 14-years-old when she last saw her parents and four younger siblings at Auschwitz-Birkenau. After her family was murdered (one sister, Elisabeth, also survived), Genuth was eventually transported to Bergen-Belsen where she was held prisoner – always strategizing how to obtain extra rations of food – until the concentration camp was liberated by the British in 1945. Genuth went on to marry and now has five great grandchildren. At its core, Lerner crafts a gripping narrative that will demonstrate how to meet life with hope after enduring inhumane trauma. Both volumes of The Life of William Faulkner explore, to varying degrees, the consequences of Faulkner and his wife, Estelle, losing their daughter just days after she was born. In response to their shared tragedy, Faulkner wrote what is now one of the most frequently quoted lines in literature, “Between grief and nothing I will take grief.”

Perhaps a biography should be written of Hope Edelman. Reading a book about an author who suffered loss and has devoted nearly her entire career to examining its repercussions would certainly be meta – and invaluable.