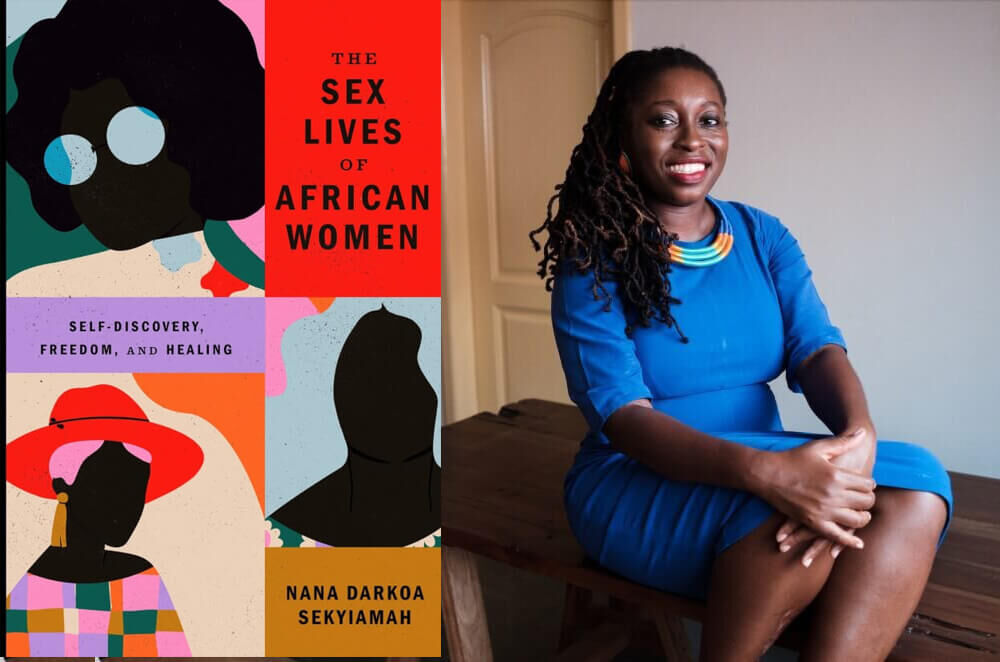 Before I started reading Ghanian author Nana Darkoa Sekyiamah’s The Sex Lives of African Women, I was prepared to read titillating stories of women having clandestine meetings with random sexual partners and having wildly passionate liberated sex.

But that's not what this book is about. Instead, in the preface, Sekyiamah shares how she conducted countless interviews from 2015 to 2020, with African women between the ages of 21 to 71, from 31 countries around the globe, about their sexual experiences, in the hope of eradicating some of the taboos surrounding the topic. Her subjects included women who self-identified as cis, trans, femmes, heterosexual and pansexual to name a few. Each woman’s identity is deeply personal, shaped by aspects of their culture, and written under a pseudonym. The latter is a possible indication of the work that still needs to be done for these women to safely stand in their truth without repercussion.

While the confessional stories in The Sex Lives of African Women had strong sexual overtones that ran alongside their trauma, there was more than just sex and pain on the page. There are moments of clarity beyond the suffering of rape, trauma, abuse, and genital mutilation—all of which create a more hopeful, sex-positive stance, centered around truth and healing.

Reading these unfettered accounts of African women—examining their sexuality through the lenses of intersectional oppression and patriarchy, and using it to reclaim their agency—liberates me by proxy.

Religion was also a strong theme in the book. The author's own story centered around the ambivalence concerning her chastity while growing up. She grappled with notions of needing to be chaste throughout her life, and also the fear of being seen as respectable and pleasing in her future husband’s eyes. Many of the women in The Sex Lives of African Women, held tightly to similar beliefs that often left them sexually stunted, confused, and unequipped to be in consensual and casual relationships without anxiety. At every turn, they felt that men had been raised to be freer to explore their sexuality whereas women, especially as they aged, felt displaced or resentful that they didn’t sow their wild oats in their youth. There are lots of stories of denial of sexual desires, furtive lesbian affairs, and shame around orgasms. Each woman seemingly suffering from what the late intersectional feminist bell hooks writes about in her 1994 essay, Feminism Inside: Toward a Black Body Politic, as Black women’s ability to, “be in touch with our bodies in a way that is liberatory.”

Sekyiamah’s book seeks to provide the roadmap to recovery through a collection of shared experiences. In essence, whether some African women desire to break free from the social norms that currently shape womanhood, and others choose to embrace them, all of them should be opined without shame. Hearing the stories of these women in their own words makes them all the more powerful by revealing our interconnectedness as women. And reading these unfettered accounts of African women—examining their sexuality through the lenses of intersectional oppression and patriarchy and using it to reclaim their agency—liberates me by proxy. No matter how you identify sexually, readers will resonate with the honesty of these stories, and hopefully feel more courageous to live their truth each day.