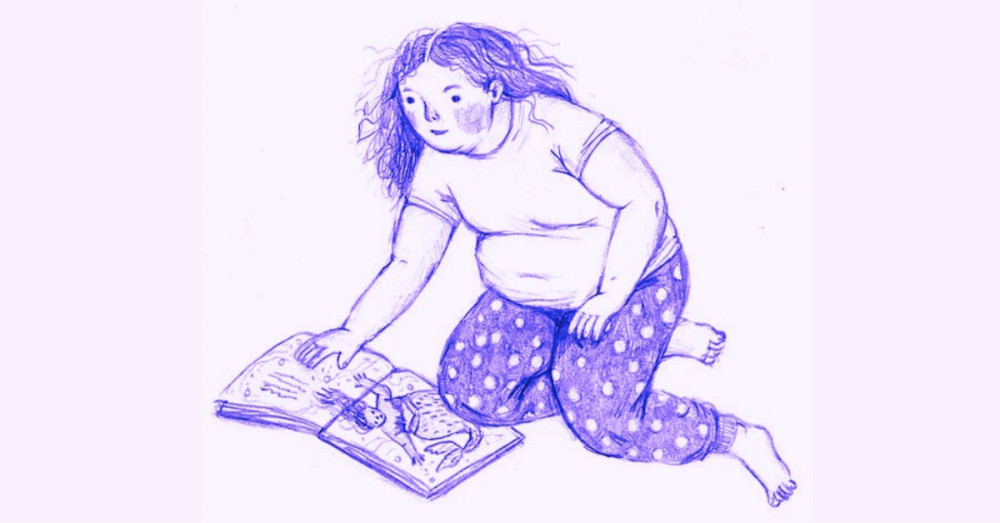 In this essay I use a word some might find offensive; fat. I choose to use this word not as an insult, but as a neutral descriptor, actively choosing to separate it from its typically negative connotations, as a fat person myself.  I encourage you to be curious about your feelings around this word and what it evokes.

The conversation about the need for diverse, non-stereotypical representation of characters with marginalized identities has become increasingly and rightfully widespread within children’s literature spheres. And while fat representation is no more important than that of any other community, the ways in which fat characters appear, or don’t appear in children’s books aren’t often included in discussions about the need for more diverse books.

Maybe as you read this, you’re thinking, “Hey! I can think of a few fat children’s book characters.” And I’m sure you can—but I invite you to be curious once again.

How many of the characters coming to mind are:

I don’t know about you, but my answer to the last two questions, are very few.

Most often, a fat character’s body is used as shorthand to show an embodiment of gluttony, greed, lack of self-control, stupidity, or laziness (think The Stupids by Harry Allard & James Marshallby Harry Allard & James Marshall, Augustus Gloop from Charlie And The Chocolate Factory, the Dursleys and Slughorn in Harry Potter). In instances where fatness is more positively or neutrally associated, characters are still often extremely pigeon-holed, and given special permission to be fat only because of their specific job, role, or species. Mother or grandmother figures are usually allowed to have larger bodies, having “graduated” from the maiden archetype and moved on to their next role as the neutered human body pillow that lives mostly to comfort, feed and scold thin characters during times of need (e.g. Mrs. Weasley, who is largely exempt from the fatphobia of Harry Potter due to her maternal role, and Strega Nona, who spends most of her time performing labor for characters like Big Anthony). 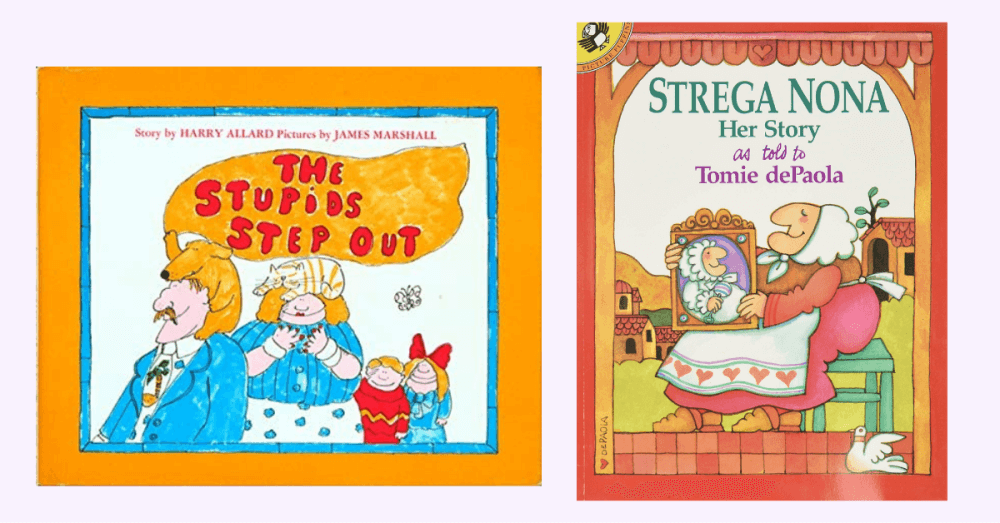 Baker and chef characters’ bodies serve simultaneously as living examples of exactly how delicious their food is (so good that they can’t help but indulge themselves!) and as cautionary tales, visual reminders of how too much adjacency to food can affect your body (think The Donut Chef, by Bob Staakeby Bob Staake, Walter the Baker by Eric Carle by Eric Carle, and In The Night Kitchen, although Sendak’s bakers in particular offer a more stereotypical depiction of fat people as foolish and negligent). Animals, especially anthropomorphized ones, are often given more leeway for size diversity, but still their weight, when acknowledged, is often negatively associated; “Late at night George would raid the refrigerator to satisfy his sweet tooth. “You’ll weigh a ton,” said Martha.” (George & Martha, Tons of Fun) James Marshall gives us no choice but to infer that to face weight gain and trust your hunger cues is a dangerous and terrible thing. 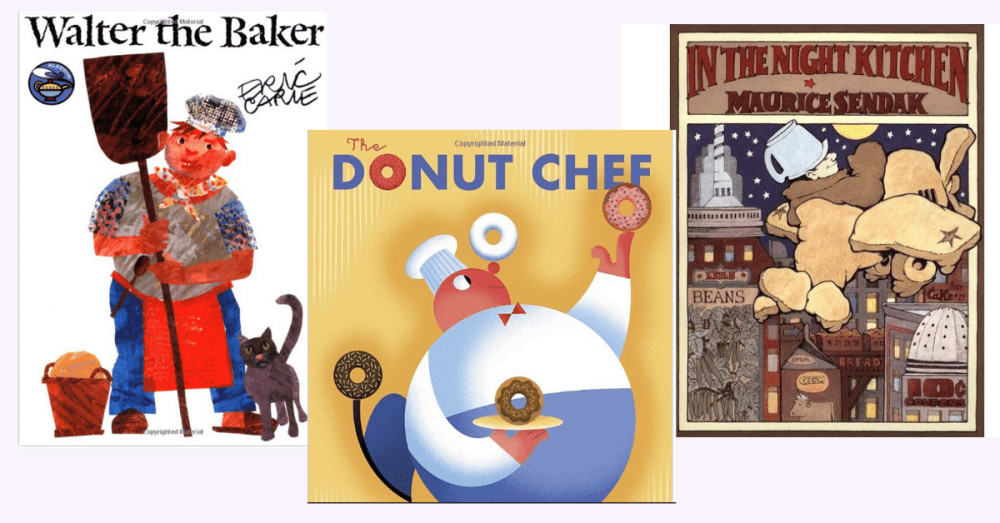 As a chubby child, I was hungry for representation of bodies like my own in the books I consumed. And all too often, my hunger either went unsatiated, or was fed only with shame (along with this, I want to acknowledge that where I didn’t see my body positively represented, I DID see my Whiteness, and many other privileged facets of my identity, something many other children don’t get). At eight years old, I was writing in my diary about my weight being something that kept me from being deserving of love. Would that be different if I had encountered as many fat princesses being wooed in fairytales as thin ones? How would my assumptions that I was lazier and less athletic have been challenged had I read about more fat adventurers and superheroes? Our culture drills a very clear message into children; that their worth is conditional. Based on a set of sexist, white supremacist, ableist ideals of health and beauty. And children’s books, unfortunately, do their part in that messaging, through both overt stereotyping, covert coded language or visuals, and complete invisibility altogether.

As a chubby child, I was hungry for representation of bodies like my own in the books I consumed.

There have been books that have tackled fat-shaming and self-acceptance (check out Abigail the Whale, by Davide Cali & Sonja Bougaeva). The importance of these books cannot be understated, considering that larger-bodied children are more likely to be bullied than their thin peers[1], and that the effects of weight stigma have been shown to be incredibly harmful to health & wellbeing.[2] 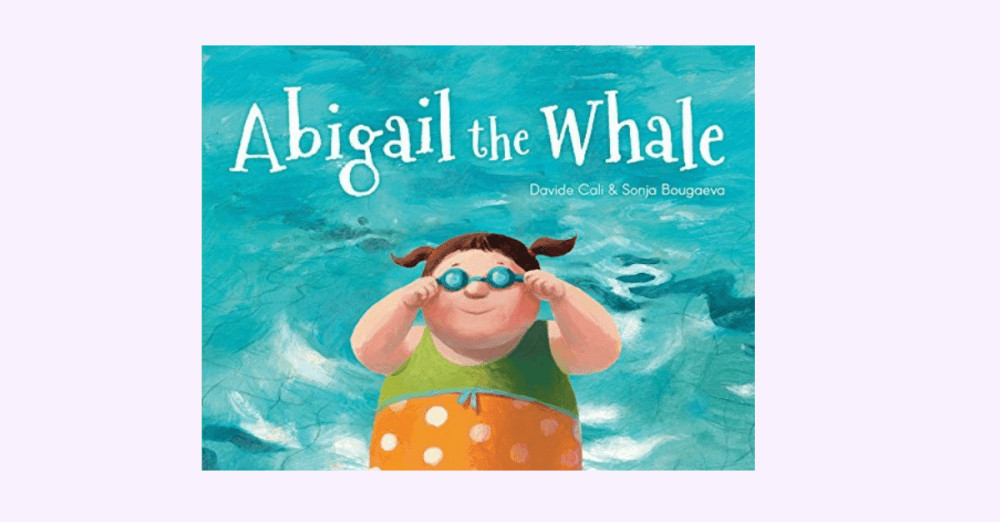 But equally important, are representations of fat characters living lives not solely defined or confined by their size. I want to see fat knights and doctors and mermaids… scientists and mountain climbers and musicians, all given the chance to embody stories as diverse as fat people themselves. Not only to show fat children that their bodies deserve to be seen and respected, but thin children as well.

As an author and illustrator, I’m always trying to consider how I can do better. Every project offers a new moment to reflect on the stories and characters I choose to bring into the world. There is a unique relationship that a storyteller has with a reader—one of immense power and trust. We have the ability to invite readers into the most magical and vulnerable places, which should not be treated lightly. As a child I fell head over heels for the worlds that J.K. Rowling, Roald Dahl, and James Marshall offered me. Which is why the portrayals of Dudley Dursley, Augustus Gloop, and The Stupids sting so deeply. How can children's book authors and illustrators wield our power more responsibly? It might be by creating that fat fairytale princess and challenging what a heroine looks like. Or by including a happy fat person walking their dog in the crowd scene of your next illustration. It might simply be by not using “fat” as an insult in your next manuscript. By choosing to represent fat characters as human, with as many varying traits and life paths as thin ones, we can begin to create narratives that will counter and chip away at the stigma-steeped alternatives offered in most other forms of media. We can begin to teach children that fat bodies, whether their own or others, are deserving of respect, love, and access to life.

(Since this article was originally published, many new picture books featuring positive and neutral depictions of fatness have been released. Some explicitly fat-positive ones include: Beautifully Me by Nabela Noor, Bodies Are Cool by Tyler Feder, Perfectly Imperfect Miraby Faith Pray, and Francis Discovers Possibleby Ashlee Latimer and Shahrzad Maydani.) 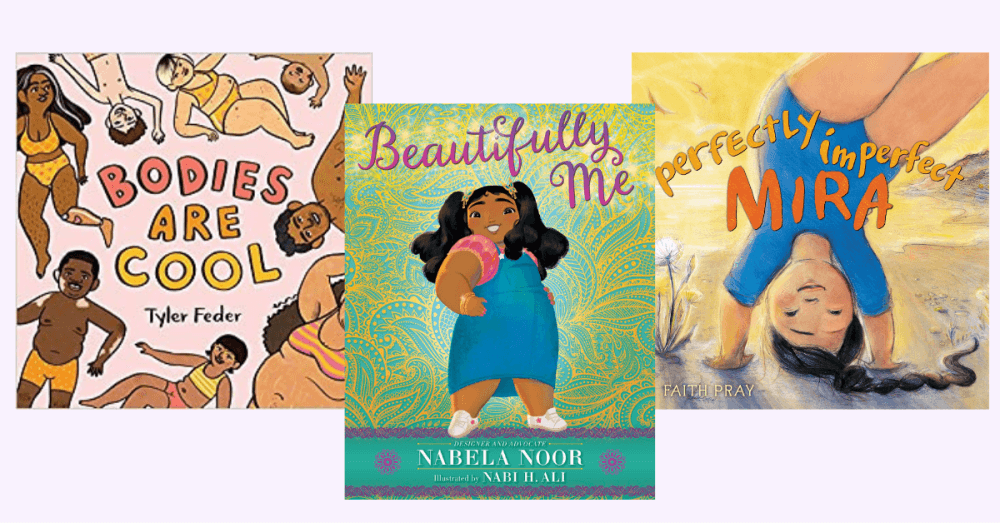 This essay originally appeared in journal of The Society of Children's Book Writers and Illustrators, and is reprinted with permission.

Phoebe Wahl is an award-winning children’s book author, illustrator, and surface designer whose work focuses on themes of comfort, nostalgia, and intimacy with nature and one another. Her first children’s book, Sonya’s Chickens was the recipient of the Ezra Jack Keats Book Award for New Illustrator, and her most recent book, Little Witch Hazel was a Junior Library Guild Gold Standard Title, as well as being named one of the Best Books of 2021 by BookPage, BookRiot, Booklist and the Chicago Public Library. Her other titles include The Blue House, Backyard Fairies, Paper Mice (written by Megan Wagner-Lloyd) and the forthcoming illustrated YA novel Phoebe’s Diary (Little, Brown 2023). Check out her work at phoebewahl.com