Upcoming Novel "Julia" Will Retell Orwell's "1984," But This Time, Through A Woman's Eyes 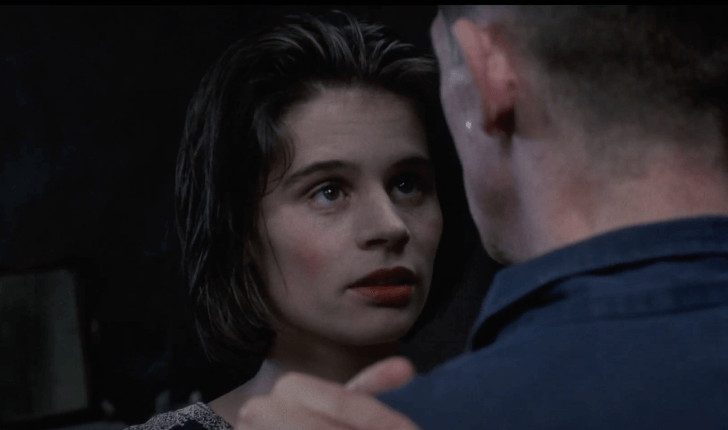 Nineteen Eighty-Four, George Orwell’s classic 1949 novel about a future totalitarian surveillance state, will soon be revisited with fresh eyes. The British author’s estate has approved a retelling of the original work, titled Julia, to be written by Sandra Newman, author of the feminist dystopia novels The Heavens and The Country of Ice Cream Star.

With Julia, Newman will retrace 1984’s plot through the eyes of its romantic interest, Julia, and examine Orwell’s dystopian vision through a critical, feminist lens. As the Orwell Estate told The Guardian, this retelling has been a long time coming; it was simply a matter of finding the right person to do it. Newman, nominated for prestigious honors such as the Baileys Women's Prize for Fiction and the Guardian First Book Award, quickly emerged as the Estate’s first choice.

“[Newman] gets under the skin of Big Brother’s world in a completely convincing way which is both true to the original but also gives a dramatically different narrative to stand alongside the original,” the Orwell Estate’s literary executor, Bill Hamilton, told The Guardian. “The millions of readers who have been brought up with Orwell’s Nineteen Eighty-Four will find this a provocative and satisfying companion.”

The original novel presents a darkly prophetic vision of near-future London, following an ordinary British worker, Winston Smith, as he awakens to his own oppression within a fascist superstate overseen by an omnipresent dictator, Big Brother. The book has been a decades-long mainstay in high school classrooms for good reason: its commentary on the dangers of government supervision, groupthink, and mediated truth vs. fiction is more relevant than ever in our post-Trump era.

However, if there’s one thing 1984 is unequivocally not, it’s feminist. In fact, Orwell’s novel is laden with blatant misogyny. Not only is there a noticeable lack of female characters to begin with, but Julia, the only female character of note, is often reduced to little more than the lustful subject of Winston’s gaze. The 1949 novel’s Julia displays self-assuredness and wisdom, aggressively rebelling against the fascist regime in a way that Winston never quite manages; however, despite her admirable qualities, we’re never given her full picture.

As “girl boss” as Julia may seem on the surface, Orwell utilizes her as nothing more than a vehicle for Winston’s personal awakening, both politically and sexually. Her character exists to implant desire in a male protagonist who clearly has some deeply-rooted women issues of his own to work through. Take, for instance, a passage from just after Winston and Julia’s first encounter:

“He hated her because she was young and pretty and sexless, because he wanted to go to bed with her and would never do so, because round her sweet supple waist, which seemed to ask to encircle it with your arm, there was only the odious scarlet sash, aggressive symbol of chastity.”

Winston’s conflicting perceptions of Julia – especially regarding her body – are a recurring thread throughout the novel. Julia becomes both his salvation and his damnation: the long-sought key to all his repressed sexual fantasies and the toying temptress that will never grant him her full self.

On the one hand, Julia’s lack of characterization is a clever literary maneuver. By alluding to Julia’s promiscuity but never addressing it explicitly and, furthermore, denying her character a fully-fleshed past, Orwell creates mystique and intrigue; Julia’s underdevelopment is what makes the novel such a page-turner. But still, it’s difficult to ignore her jarring lack of personhood in comparison to Winston, and more romantically-inclined readers are left to wonder, what does she even see in this guy?

Newman’s proposed retelling will hopefully flip the script and grant Julia the history and agency she has been denied in the original novel and its adaptations over the years. This endeavor becomes even more significant when considered within the larger landscape of classic dystopian literature, which includes the likes of Aldous Huxley’s Brave New World (1932) and Ray Bradbury’s Fahrenheit 451 (1953).

Try as they might, none of these works escape the limits of their historical contexts; like 1984, they posit women through a male gaze and focus their energy on the mental anguish of distressed, middle-aged men. All of these books still speak to today's fraught political climate, hence why they remain “classics.” However, that doesn’t exempt them from critique about what hasn't aged so well. This is precisely the fine line that Newman will need to tackle: upholding the integrity of the original novel’s relevant social and political commentary while also discarding its antiquated authorial context.

While Julia does not yet have an official release date, its publishers, Mariner Books (U.S.) and Granta (U.K.), hope to have it on shelves by 2024 so that its release will coincide with the 75th anniversary of the original.

Julia will join a handful of recent projects that have updated classic literature with feminist perspectives, such as Natalie Haynes’ A Thousand Ships, which explores the Trojan War from a woman’s point of view. Other recent revisionist projects include Jeet Thayil’s Names of the Women, an ode to 15 women whose stories were erased from the Christian Gospels, and The Silence of the Girls, Pat Barker’s female-led take on The Iliad.

Newman is currently off promoting her latest novel, The Men (to be released next June by Grove Atlantic), in which every person with a Y chromosome suddenly vanishes off the face of the earth. However, her work on is already well under way, and you can even read some of  the novel’s opening here. While the anticipation for this feminist rewrite sets in, make sure to check out Newman’s other works and give yourself a refresh on Orwell’s original. Happy reading!