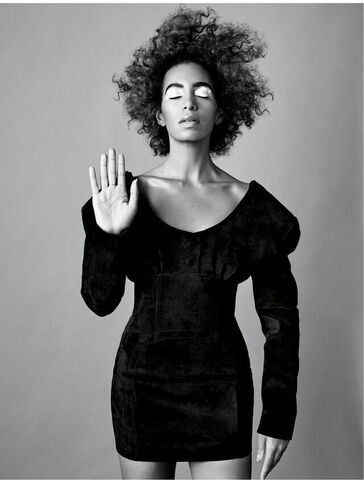 Solange, R&B singer, songwriter, and Beyonce's little sis, has debuted her latest project: a free library featuring rare works by Black authors. In 2013, Solange founded the creative studio Saint Heron and has produced visual art and podcasts. Solange, also known as Solange Knowles, is renowned for her albums A Seat at the Table (2016) and When I Get Home (2018).

The Saint Heron website now displays 50 titles by Black authors, available to US-based readers for up to 45 days. “Season One” of Saint Heron Community Library was curated by Rosa Duffy, founder of For Keeps Books, a bookstore and community space in Atlanta.

The books are shipped to readers, and include return shipping costs, so the experience is completely free for readers. The books are to be returned 45 days after checkout. Once books have been returned they become part of the “permanent collection” at Saint Heron.

The collection focuses on rare and out-of-print texts in the genres of education, knowlege production, and critical thought. In an interview on Saint Heron’s website, Duffy and Saint Heron editorial director Shantel Pass discuss inaccessibility of historical Black texts.

Duffy says, “When people ask the purpose or mission of the space, it's true accessibility because all of this stuff has existed for all of these years, it didn't just pop up out of nowhere. But the truth is that it's either hoarded, or we just don't know much about it. The folks that know its value sometimes are the ones that are keeping it from the people that it's made for.”

The project, called Saint Heron Community Library, rolled out Monday and by Tuesday all books were reserved. Fingers crossed for "Season Two."