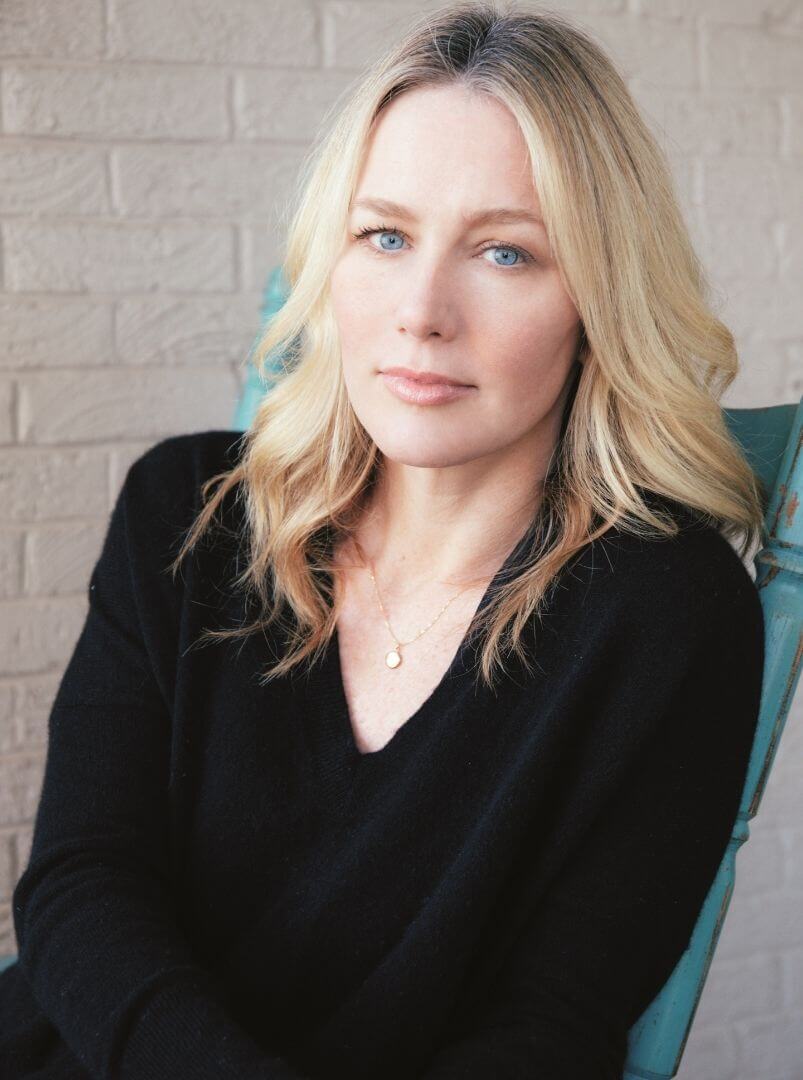 I had been living in New York City for six months and working at school for students with Autism and related disorders when I heard about Allison Moorer. More accurately, I heard her twangy Alabama drawl as she chatted with her son’s teacher during afternoon pickup. It was a fall afternoon in the midst of after school dismissal and Moorer’s voice rang disparate compared to the usual city cadences that echoed throughout our school building.

As a Virginia transplant her voice reminded me of my mom’s family. It was a soothing sound to hear as a city newbie floundering in both my professional and personal life.

“Who is that?” I asked one of the veteran teachers.

Despite being a Grammy and Academy Award nominated singer and songwriter with over two decades of acclaimed music including the  the teacher only said, “That’s John Henry’s mom.”

After reading I Dream He Talks to Me I'd bet John Henry’s mom is her preferred introduction.

Allison sat down to speak with me about her sophomore memoir I Dream He Talks: A Memoir of Learning How to Listen, which chronicles her journey with her son John Henry almost 10 years after receiving a diagnosis of Autism. -Samantha Mann

Bust: What are your hopes for I Dream He Talks to Me?

Allison Moorer: I wrote I Dream He Talks to Me because John Henry was diagnosed when he was 23 months old, and I got every book I could find to read, and they were all textbooks. I needed the information, but I also needed to know that it was going to be okay, and none of the [books] said that. None of them said take care of yourself too, none of them said get a therapist, take some time for yourself, or make sure you eat too.

B: There is a lot of discussion right now about who can write about and on behalf of non-speaking and autistic folks. How did you navigate writing this book with that in mind and what advice would you have for others concerning this?

AM: I would have one thing to say to those people who are critical: walk in my shoes and get in the arena or shut up, right? I just am not interested in being criticized or listening to criticism from people who do not do what I do every day, to people who have not been in this for as long as I have. And I'm not speaking for John Henry in any way. This book is my voice. We do not want to try to speak for anyone. I just can't worry about that. I can't please everybody, you're gonna piss off somebody no matter what you do.

B: I hate when people use the word brave when they talk about writing. But I did think that you’re writing about your physical experience with John Henry's aggressive behavior was very open and moving. I was especially moved when your wrote about his physically aggression is triggering to your body. I think anybody who's been through trauma understands that your physical body does not always match and understand the actual circumstance you're in. I think you could have easily left this out of the book, but I'm so glad you didn't. Why was it important for you to leave that information in/discuss this topic? 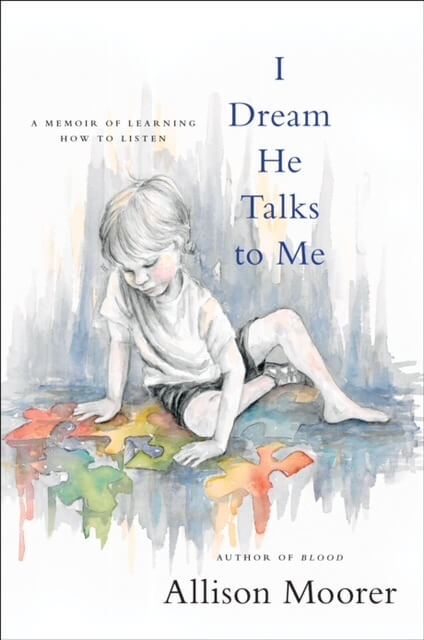 AM: Because of what you just said. Let's talk about caregivers and let's talk about the parents for a minute because the parents are always last and that is a natural thing. And Lord knows I've put myself last constantly, but I do think it's worth a conversation. I think it is worth saying, hey, let's talk about what happens when a person with trauma, or a person who doesn't have trauma, it's still traumatic to be attacked by your child or by anyone.

Let's be honest about what happens emotionally and spiritually in this situation. Being in that situation is just horrific. Because not only do you feel like you have to protect yourself and your child but you're in this dynamic with your child, who you wouldn't hurt for anything. That instinct to protect yourself is hard to honor. I think I called it a mindfuck. And that's what it is, because you kind of are just in this spiral of I don't know what to do. I've got to protect myself, I've got to protect my child, as well. How do I protect us in this when he's so frustrated? He can't tell me how he feels, so he's lashing out at me. And I don't know how he feels. And I'm trying to protect myself and him. It's incredibly difficult. And it's heartbreaking. I think we should be able to talk about that.

B: I think it's super important for professionals to read this book because it's something we don't give enough space to for parents. As professionals we don’t often pause and appreciate the emotional toil that caregivers are dealing with. This book forces readers to sit with and appreciate that. We can be very robotic when discussing aggressions with parents and what they “should be doing” in those situations when they also need space to talk about difficult feelings.

​​I really loved the chapter 'Shift Change.' In it, you describe your experience of leaving New York City to relocate in Nashville for your own sanity. As much as you wanted to bring John Henry to live with you full time there that was not permitted in the agreement you have with his father. You described the pain from not being the primary caregiver but also recognized that you are not the only parent in this situation. There are so many gendered parenting roles at play here and it’s something I see a lot of in my own work with families.

AM: Every day that I'm away from my son, I feel absolutely torn. I feel it right now in my body, it is in the top of my stomach, right underneath my diaphragm, there is a pain in it does not go away until I'm with him. And I have to live with that because, unfortunately, I had to make the decision to do what I did because John Henry's father insists that he lives in New York City. And I knew it was an unsustainable situation for me, personally, for us financially, and for us long term, I had to agree to what I agreed to. And that's the truth.

Do I get judged for that by other people? I do. I have to let that go to and say the same thing that I said about the writing: you put your feet in my shoes, and then you have the right to judge me. But until you do, you do not have the right because you've got no idea what the situation really is. I can't worry too much about what other people think. Although it does sting. It does hurt me.

I had to cop to my own shit too. Am I the only one who can take care of John Henry? Yes, in my way, but there are other ways and he deserves other relationships. You got to let go a little bit and get over your own ego, which is hard. Because for lot of mama's, being a mama is our identity. When people say I just want to be a good mom, yeah, you want to be a good mom for your child, but that's also a badge that you wear. Let's be honest about that to get over your ego when it comes to parenting.

B: Tell us about the music/album you are writing to accompany the memoir?

AM: John Henry has always loved music, even during the times that the emotion in certain music overwhelmed him — there was a period of time when I couldn’t sing around him in my full voice because it made him cry. His hearing is super sensitive, but I believe that’s a gift that he will continue to grow into. He has always hummed his own little tunes, and I noticed that he has a few that he repeats, so I took a couple of those, expanded them, and wrote songs around them. Of course, I’m taking liberties, but the music that has come out of writing the songs is reflective of what I imagine he would like, and that’s based on how he reacts to certain types of music.

John Henry is very open, and very simply put, doesn’t seem to have a whole lot of bias in him. So Kenny Greenberg, who produced the project with me, and I just let ourselves be as free with the music as we felt we wanted to be, which is to say completely! This music has very little to do with anything I’ve done before and in some ways, it feels like I’ve channeled it, which is a highly spiritual thing. It’s reflective of our relationship. And it’s my favorite musical thing I think I’ve ever done. It is my honor to collaborate with my son and help him forge a possible path. We’ll see where it goes, but for now, I’m thrilled with where we are.

B: BUST’s tagline is  ‘For women with something to get off their chests.’ Is there anything you’d like to get off your chest?

AM: What happened in Texas recently, I've been weighed down by that a lot. The constant attacking of women is something that's hard for me to come to terms with on a daily basis. I'm a woman who's had a lot of freedom. But I'm also a woman who has experienced frustration because of the limitations that are put on me because I am a woman in the music industry, as a writer, and even with all these norms about parenting. I'm no trailblazer, I'm not setting out to rewrite the manual on being a mother at all.

Tags: Allison Moorer , I dream he talks to me memoir , non-verbal autism , raising a child with autism.