'Saved by a Song' is Mary Gauthier’s Memoir, and a treatise on making art: Book Review 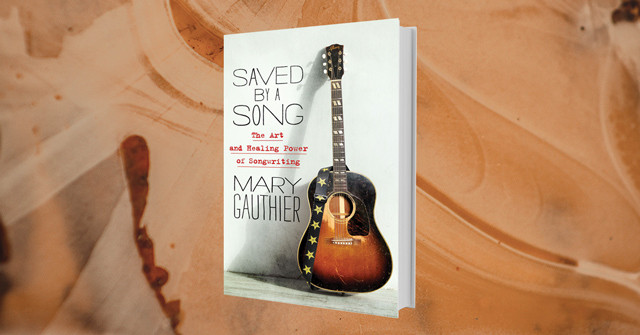 Saved by a Song: The Art and Healing Power of Songwriting

Saved by a Song, the new book by beloved folk singer-songwriter Mary Gauthier, is part memoir, part how-to guide. In each of its 13 chapters, Gauthier opens with lyrics from a song in her catalog (save for two, which borrow from John Prine and John Lennon), then weaves together memories of the life events that inspired those lines with notes about her process and the techniques she honed while working on each one. Her 1999 song “Drag Queens in Limousines,” for example, serves as a lesson on how to tell a story, while “Goddamn HIV” is about establishing a voice.

Gauthier, now 59, explains how some of the toughest moments in her life—growing up gay in the South, spending her 18th birthday in jail, and getting sober in her late 20s—have informed her work, and shares her thoughts on how to turn the personal into the universal. Longtime Gauthier fans and casual listeners alike will love her unsparing recollections, as will those unfamiliar with her work but interested in the creative process. Saved by a Song is Gauthier’s story, but it’s also a treatise on making art. –Eliza Thompson

Tags: Mary Gauthier , Saved by a Song , Memoir , Book review
Support Feminist Media! During these troubling political times, independent feminist media is more vital than ever. If our bold, uncensored reporting on women’s issues is important to you, please consider making a donation of $5, $25, $50, or whatever you can afford, to protect and sustain BUST.com. Thanks so much—we can’t spell BUST without U.