Emilia Clarke Is Set To Release "M.O.M.: Mother of Madness," A New Comic Book Series About A Woman Who Gets Superpowers From Her Period 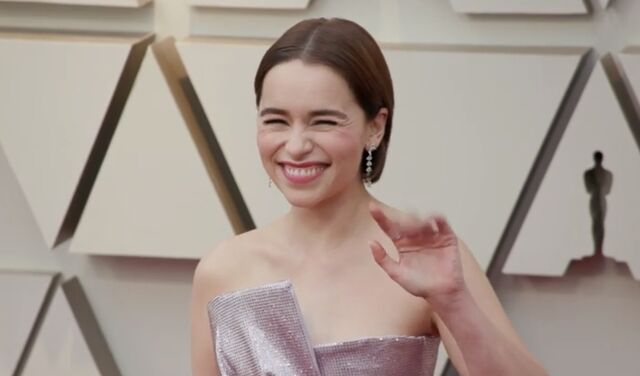 The Mother of Dragons, a.k.a. Game of Thrones actor Emilia Clarke, is set to release the first issue of her three-part comic book series, M.O.M.: Mother of Madness, on July 21st.

Far from simply starring as the quintessential male fantasy in the most successful fantasy series of all time, the move to writing is perhaps a natural one for Clarke, who told Variety about her love of the genre from a young age: “I read a lot of fantasy novels full of rich worlds as a child, like Lord of the Rings. That was always the place my imagination would gravitate toward. Later on, when I went to Comic-Con for the first time at 22 with Game of Thrones, I was amazed at what I saw — almost entirely men. Later, as tides turned in the industry and #MeToo emerged, I began to look at the community through those eyes and it was arresting.”

This forms part of Clarke’s motivation to forcibly make the realm of superheroes a space more geared towards its female fans, with the premise of the comic having a distinctly feminist tone, flecked with off the wall humour and fourth wall breaks: in an interview with Screenrant, Clarke cited Deadpool, Fleabag, House of Cards and Shakespere as a few sources of her inspiration.

Co-written alongside Marguerite Bennett (Bombshells) and illustrated by Leila Leiz, the series follows Maya, a chemical engineer and single mother, whose superpowers are born not from radioactive spiders or freakish levels of testosterone, but from her period. In the story, she uses said powers to fight a ring of human traffickers, all while trying to balance the demands of being a mother to her young son Billy.

Clarke told Entertainment Weekly that the idea came to her from a “wouldn’t it be funny if…” conversation with her friends, which got her to thinking seriously about taking the old idea of mothers as superheroes, and their ability to juggle so many different aspects of their life, literally. In a world where superheroines are generally young, single, and possess an airbrushed anatomy — which allows them to wear skin tight suits without ever bloating, and execute full body martial arts techniques at the drop of a hat in a periodless, tamponless world — Clarke set out to make her main character unashamedly and realistically female: "She can do all of these wicked things, but they all come from the fact that she is a woman who has a menstrual cycle. I thought it would be cool to have all the things that women don't like about themselves, flip that, and make those the things that make her superhuman."

In fact, Clarke has said that she created the series partly with the intention to normalize the inner workings of the female anatomy, which remains stubbornly taboo today. She explained, "I wanted there to be an educational thing. It's a huge deal when it happens to a woman, but I also think it's something that men don't know anything about - because we don't know anything about it either, and no one's allowed to talk about it."

On this point, Clarke seems to go all in guns blazing, and doesn't shy away from giving her main character emotions that are often deemed either hyper-feminine, to the point of being a weakness, or unfeminine: “When Maya is scared, she goes invisible; when she’s angry, she has superhuman strength. She can swing like Spider-Man from her armpit hair.” From what we can tell, the comic seems to capture Clarke's own quirky personality, and we are here for it.