Casey McQuinston Puts Modern Queer Love In The Spotlight With Her Newest Novel, "One Last Stop" 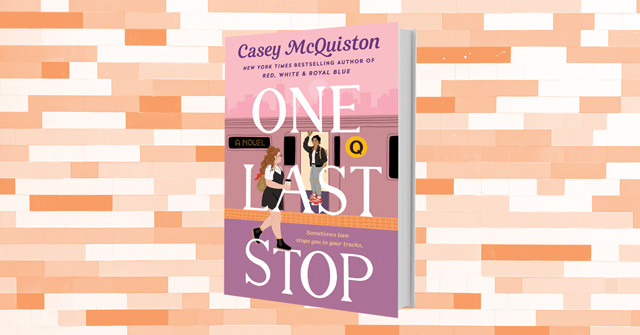 August doesn’t believe in magic or time travel. She doesn’t even believe in love at first sight—that is, until she meets Jane, a kind-hearted, magnetic girl who takes the same subway every day. But as August learns more about her enigmatic crush, she realizes that Jane is actually displaced from the 1970s, trapped on the Q train, and unsure how any of this happened. It’s up to August to help figure out how Jane got stuck in time, while keeping her feelings at bay. Much like Red, White, and Royal Blue, Casey McQuiston’s bestselling debut, One Last Stop contains a million little love stories beyond its central romance. It’s about friends, roommates, found families, queer communities, and one prickly heroine’s slow-burning romance with her new city and her own future.