Are You A Bibliophile Looking For A Fun, Book-Loving Online Community? Check Out These 10 Cool BookTubers!

Details
BY Natalie Frate
IN Books
Published: 13 May 2021 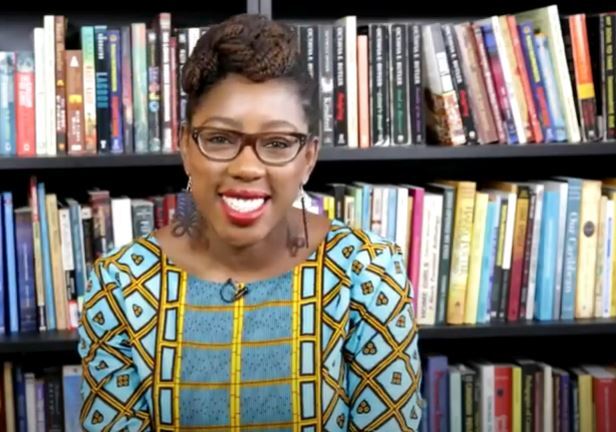 BookTube is a growing community within the greater YouTube world that's home to a number of people who produce incredible content all about books. BookTubers usually create videos reviewing and discussing books from a variety of genres, including adult fiction, YA, fantasy, sci-fi, and more. If you're looking for a fun, diverse community of book lovers, then check out the following 10 BookTubers and their creative content below!

Adri is a queer, trans, and nonbinary "chronic bibliophile" who reads diversely and has great recommendations. They describe themselves as “a fierce advocate for queer representation, intersectionality, feminism, and boosting all marginalized voices,” which is reflected in their book reviews and recommendations.

Marines is a great critical reviewer, with really thoughtful and in-depth commentary into why she did or did not like something. She reads a wide variety of genres, mostly fiction. She also runs the podcast snarksquad, along with Nicole Sweeney.

Angela reads and reviews mostly Adult Fantasy and Sci-fi. As a biophysics PhD student, she provides a really unique perspective to a popular genre, particularly in her "Science Behind the Magic" videos, where she explains the possible scientific basis of the magic you read about in sci-fi and fantasy books.

Mara reads A LOT of books—like, 300 or more books a year. She reads across all genres and “believes that all books deserve to be taken seriously on their own terms.” Besides book reviews and recommendations, her videos feature some really thoughtful discussions on issues and happenings in the book community.

Jesse’s booktube channel features truly unique approaches to book reviews that include skits, trips, interactive videos, and even fashion, as well as more traditional formats. They read a diverse range of books, and offer a lot of content when it comes to Black authors. They also run the Blackathon readathon every February!


6. Jocelyn from @yogi with a book

Jocelyn is a Cuban-American booktuber who reads a diverse selection of (mostly) speculative adult and YA fiction. She has great reviews and recommendations, particularly for Latinx reads. She also helps host the Latinx book club and Latinx-a-Thon.

Elle is a pretty popular booktuber who reads and reviews mostly adult and YA Science Fiction and Fantasy novels. She also runs worldhoppers, where all the money from ads and merchandise goes towards charity!

Fans of Octavia Butler, this one’s for you! Njeri is a great booktuber to follow if you’re interested in Afro-futurism, and she reads a broad range of genres within this movement. She has really great, in-depth analyses of the books she reads, even coming up with her own rating system. She also runs a book club along with her videos that you can check out here.

In addition to her videos of book reviews, recommendations, and upcoming releases, Jess keeps everyone up to date on the goings-on in the book community with the aptly named series, "Book CommuniTEA." The average reader probably doesn’t know all the drama behind their favorite author or book, but Jess is here to keep them informed! Also prominently featured in her videos is a very cute French bulldog named Nigel.


Cindy’s booktube channel started out as books only, but now encompasses much, much more. She still has a ton of book content, but her channel has branched out to include series like "Watch With Cindy," where she reviews movies and TV shows; "Travel With Cindy," where she documents her travels; and "Write With Cindy," where she brings viewers along on her writing journey. Regardless of the topic, her commentary is both hilarious and insightful. She also runs the Asian readathon in May!

Need A Break From Reality? Escape With These 11 YA Fantasy Books