Details
BY Natalie Frate
IN Books
Published: 11 May 2021 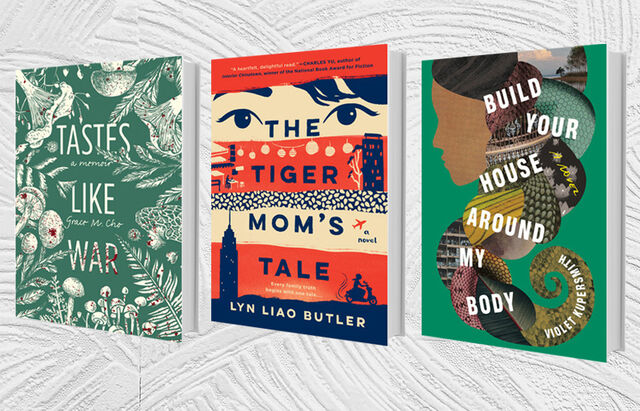 May is Asian American and Pacific Islander Heritage Month! But since there’s really no reason to restrict it to just one month, here is a list of new and upcoming works by AAPI authors to read all year round (or at least into late August): 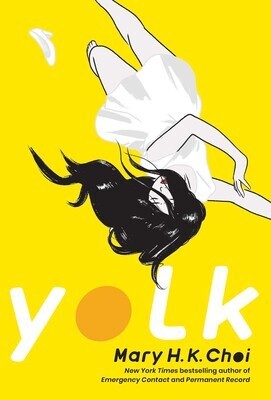 In this YA novel by the author of Emergency Contact and Permanent Record, comes the story of two very different sisters who, once close but now estranged, are forced back into each other's lives when it is revealed that responsible big sister, June, has cancer and wild little sister, Jayne, is the only one who can help her. Both hilarious and heart wrenchingly real, Choi explores grief, shame, illness, and the close relationships that get us through it all. 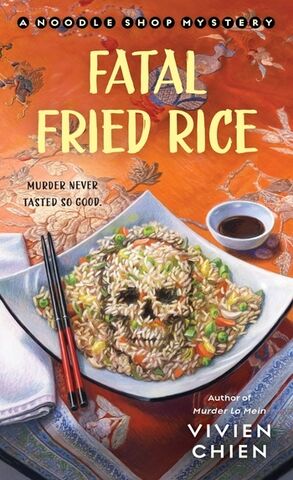 After being approached by an agent on behalf of St. Martin’s Press about writing an Asian American murder mystery series, Chien came out with the Noodle Shop Mysteries. The series follows Lana Lee, owner of her family’s Chinese restaurant in Cleveland’s Asia Village, as she kicks butt (in business) and solves crime. In the seventh book in the series, Fatal Fried Rice, Lana’s plans to improve her culinary skills hit a snag when her teacher, Margo Chan, is found dead. Determined to find the killer, Lana conducts an investigation which may be more relevatory than she bargained for. 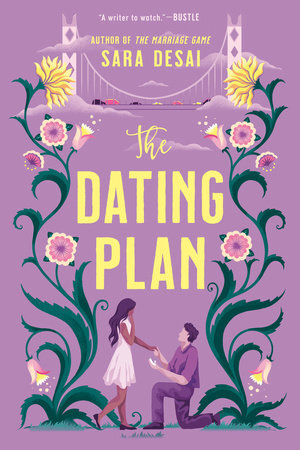 The Dating Plan by Sara Desai
Out now.

The author of The Marriage Game is back with a romantic comedy about a marriage of convenience gone awry. Daisy Patel is a successful software engineer who has no plans for marriage but needs to get her family off her back about a husband. Her brother’s best friend, Liam Murphy, needs to fulfill the requirement of marriage to get his inheritance. Realizing they have a common need, Daisy and Liam strike a deal and all goes well until their past and their undeniable chemistry threatens to ruin their carefully laid plans. 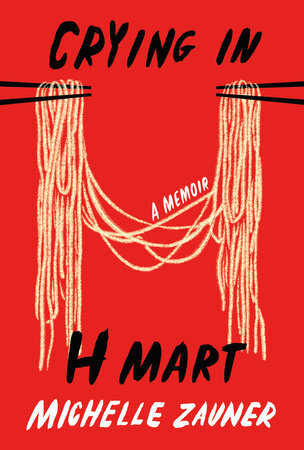 Crying in H Mart by Michelle Zauner
Out now.

What began as a 2018 New Yorker essay is now a New York Times Bestselling memoir from the musician behind Japanese Breakfast. The title is a reference to the supermarket chain, H Mart, purveyor of Asian food, and also the place that brings Zauner to tears ever since her mother’s death. Zauner writes of her upbringing in Oregon, her career as a musician, and how her mother’s terminal cancer diagnosis leads her to reconnect with her Korean heritage in ways that are at turns funny and heartbreaking. A rumination on how to honor her mother’s memory, it is ultimately a testament to the ways food, family, grief, and identity all intersect. 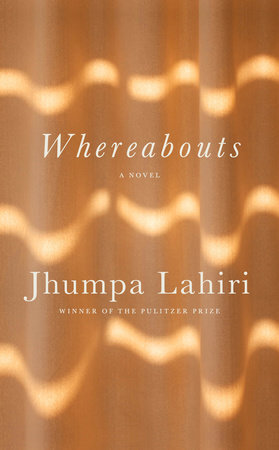 Whereabouts by Jumpha Lahiri
Out now.

The newest novel from the author of The Namesake, Interpreter of Maladies, and The Lowland, it is the first she has both written in Italian and translated into English, and features a noticeable shift in subject and style. Heavily focused on place, it follows one woman as she traverses her city over the course of a year, ruminating on her life and her place in the world. Lonely and deeply dissatisfied, her city acts as a companion as she wanders, interacting with friends, colleagues, and relatives until an unexpected change in her life occurs. As perceptive and moving as all of Lahiri’s work, it is also markedly new and not to be missed. 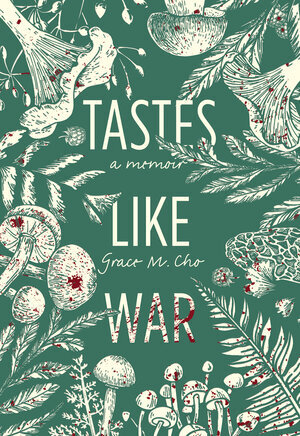 With similar themes to Crying in H Mart, Cho’s memoir connects family, illness, and Korean American identity all through food. Described as “a hybrid text about a daughter’s search through intimate and global history for the roots of her mother’s schizophrenia,” Cho uses food to connect with her mother and come to terms with her illness in the last years of her life, while confronting the ways her mother’s trauma has impacted her own. Moving and powerful, this is an expansive story of geopolitics, intergenerational trauma, and lots and lots of food. 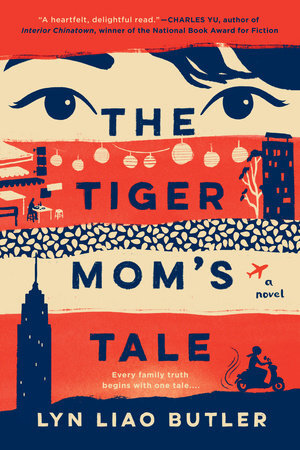 This debut novel from Lyn Liao Butler is an exploration of Taiwanese American identity, that follows Lexa Thomas, a woman with a complicated family as well as a complicated past. After her father’s death, the fate of her Taiwanese family rests in the hands of Lexa, who must leave New York City for Taiwan to help her family and confront her past. Filled with mouthwatering descriptions of food, a messy family, and a bit of mystery, this is a heartwarming story of one woman’s search for her place in the world. 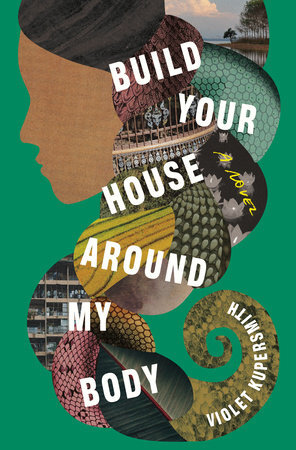 Build Your House Around My Body by Violet Kupersmith
Out June 6, 2021.

The second work by the author of the short story collection, The Frangipani Hotel, Violet Kupersmith’s new novel is described as “part puzzle, part revenge tale, part ghost story.” Weaving several stories into one, the novel follows two women from two different time periods, and takes the reader through several decades of Vietnamese history, as experienced by a large cast of characters, all mysteriously bound together, culminating in a haunting and unforgettable work. 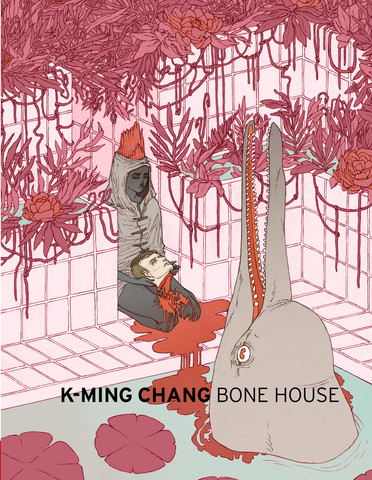 From the author of the 2020 novel Bestiary, is a micro chapbook from Bull City Press. Only 26 pages long, it is a Taiwanese American, queer retelling of Wuthering Heights. Set in Bone House, a butcher’s mansion, three women come to learn the violence behind the histories that connect them in a supernatural story of love. 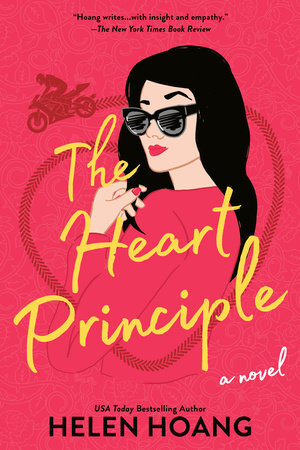 The highly anticipated third novel in a series of contemporary romances that include The Kiss Quotient and The Bride Test follows an exhausted violinist as she navigates her career, her family, and her very complicated romantic relationships. Upset by her boyfriend’s request for an open relationship, an already stressed out Anna Sun decides to engage in her own series of one-night stands. But her plans are upended when she meets Quan Diep, whose understanding and acceptance of her create an emotional connection that ruins every attempt at a meaningless, one night hook-up. After a sudden family tragedy upends Anna’s life, however, her and Quan’s chance at love is at risk of being destroyed.

More from BUST
Larissa Pham Lets Readers Know They're Not Alone With Her Memoir-Style Essays In "Pop Song: Adventures In Art And Intimacy"

Tags: AAPI Heritage Month , AAPI authors , women authors , book , memoir , fiction
Support Feminist Media!
During these troubling political times, independent feminist media is more vital than ever. If our bold, uncensored reporting on women’s issues is important to you, please consider making a donation of $5, $25, $50, or whatever you can afford, to protect and sustain BUST.com.
Thanks so much—we can’t spell BUST without U.